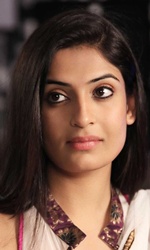 `Edegarike` rides high on good script, powerful performances
Rating: ***
"Edegarike" is based on writer-cum-director Agni Srdihar`s novel of the same name. The novel, about underworld activities, hit the shelves a decade ago and remained a chart topper for several weeks.

Sridhar`s novel had some breathtaking moments and one of them was when Sona, a contract killer of Mumbai, arrives in Bangalore to kill a don. But he lands up in a situation where he is being targeted by the don himself. He faces the situation boldly as he wants to die with dignity. He remains fearless, calm and composed even when he knows that his end is near.

But Sridhar, who is targeting Sona, faces a dilemma as he values life. He is holding a pistol in front of a person who does not fear death and wants to face death like a saint.

What happens when people with different mindsets face such a frightening situation?

A good script, background score and perfect locations back the film.

Sumana Kiththoor, a protege of Sridhar, has been able to bring out the conflict of the two characters well on the screen. Kiththoor`s casting is also perfect, which results in good performances by all the artists.

Also, the gripping moments of the film are narrated without becoming melodramatic.

The fact that Kiththoor has not used popular commercial elements to enhance the appeal of the film is to be appreciated. Though the length of the film is just 100 minutes, still the director has allowed a few scenes to drag.

Aditya shows his brilliance in carrying his role and he has certainly worked hard to give his best. He has worked in leading roles in action-oriented films so far, but this film will surely take him places.

Atul Kulkarni, who has worked in many Kannada films, has done a brilliant job. Akanksha has tried to do justice to her limited role. Hats off to artists like Dharma, Sharath Lohithashwa, Achyuth Rao and others for carrying their respective roles effectively.

Sadhu Kokila`s background music peps up the narrative. The cinematographer`s work is brilliant.

Overall, "Edegarike" is worth a watch for its brilliant screenplay, narration and top class performance by Aditya.