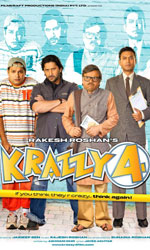 Krazzy 4 is a refreshing if not riveting change from the risqué-driven, innuendo-laden comedies that have recently infested our theatres.

Kidnap! he stammers to tell his associates that the sweet doctor Juhi Chawla has been whisked away by baddies, who look like they could do with a spot of training in crime management.

Krazzy 4 has a point to make under the barrage of burlesque. And it`s all done in good spirit. Cinematographer Ajit Bhat shoots the streets and crowded places of Mumbai to signify the sense of freedom that the four heroes feel even in the claustrophobic atmosphere outside the confines of their world within stonewalls.

So who`s the crazy one? The guy (Rajpal Yadav) who thinks we`re still living in the era of Gandhian freedom fighters? Or the guy (Rajat Kapoor) who gets his sweet wife kidnapped for political gains?

Good question. And adeptly handled by debutant director Jaideep Sen as long as the audience doesn`t ask too many questions about the logistics of four men and a jalopy joyride into intrigue, adventure and crime.

Sen, with ample help from writer Ashwani Dheer, knows precisely which frontiers to open to ensure the comedy doesn`t slip into farce. The initial scenes introducing the characters are well executed. And if the pace doesn`t slacken it`s because the actors wouldn`t let it.

Each of the four main actors invest a certain something beyond the precincts of parody to their characters. Irrfan Khan as the literate cleanliness freak, Arshad Warsi as the inmate with an anger-management problem, Yadav caught in Gandhian time warp and Menon as the tongue-tied repressed vagrant, invest a definite direction to the wacky goings-on.

If you persuade a cine buff to choose one from the foursome it would have to be Rajpal who`s by now the maestro of mirthful manoeuvrings. Watch him give his patriotic mouthfuls to several scumbags in the plot. Rajpal brings the house down.

Agreed some of the plotting and narrative transitions lack finesse. But when have mainstream Hindi films been known for extravagant bouts of finesse?

The narrative packs in some seriously satirical and sensitive moments. Check out Arshad`s scene with his prospective father-in-law - it`s a superbly scripted encounter.

Or that isolated incident of pathos when the hygiene maniac Irrfan repositions the bindi on his wife`s head.

Such moments, delicately drawn and deftly defined get drowned in the din of devilish merrymakers on a rampage.

Krazzy 4 moves from one wacky adventure to another without sacrificing the sub-linear message on the definition of normal behaviour in a social structure that has lost all its sense of proportion and is hurling into mayhem and anarchy.

Laughter is the only medicine. Krazzy 4 isn`t quite the tonic for our wounded souls. But you can`t help but giggle at the goings-on.

That`s where the laughter of the lewd is dispersed in the innocence of the `mad`. Krazzy 4 isn`t Milos Forman`s One Flew Over The Cuckoo`s Nest.

Priyadarshan did that in Kyun Ki.

It`s a mad, mad, mad world out there

It`s a mad, mad, mad world out there

Because they know they`re already Krazzy !

Raja`s anger knows no bounds, he`ll hit out at the slightest provocation or even without.

Intermittent explosive disorder is what the doctors call it. `Sarphira`, is what everybody else does!

Dr Mukherjee is your perfect doc – clean and orderly, not a pin out of place. So what`s wrong with that? Obsessive compulsive personality disorder, that`s what.

Schizophrenic Gangadhar lives in the past…his mates are Nehru and Gandhi, Tilak and Patel! He`s so busy fighting for swaraj and freedom, he`s lost his sanity!

Dr Sonali treats them all. She has faith that all it needs is a little time and lots of patience to make them normal…to make them part of the mad, mad, mad world out there…

But are the Krazzy 4 ready for the world?

And is the world ready for them?

watch out! The Krazzy 4 are coming your way!!

And yes...If you think they r crazy, think again! 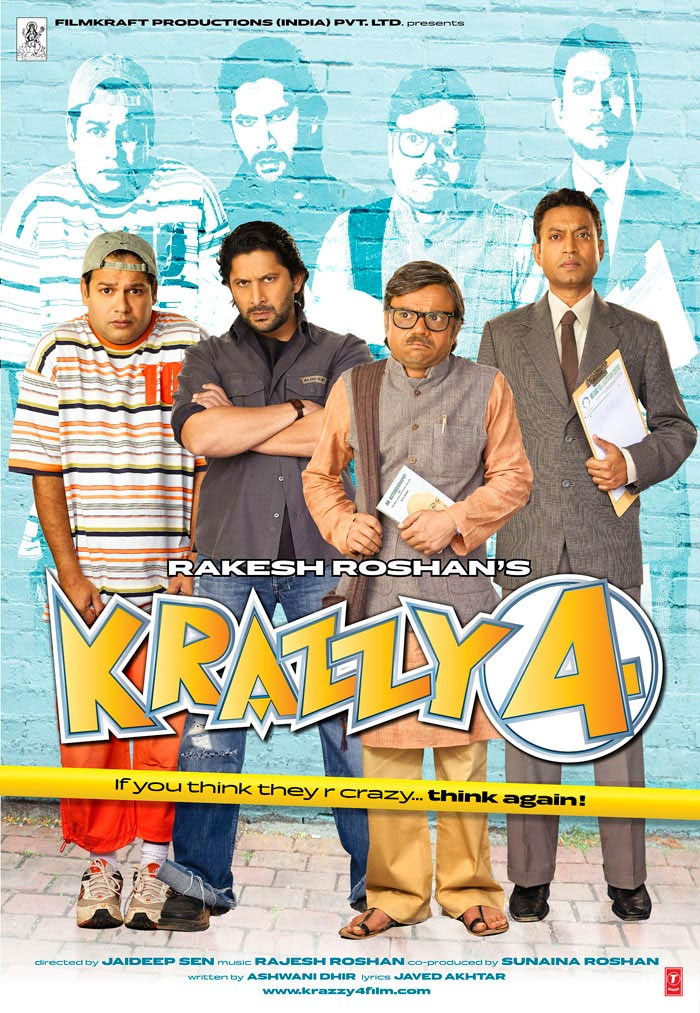 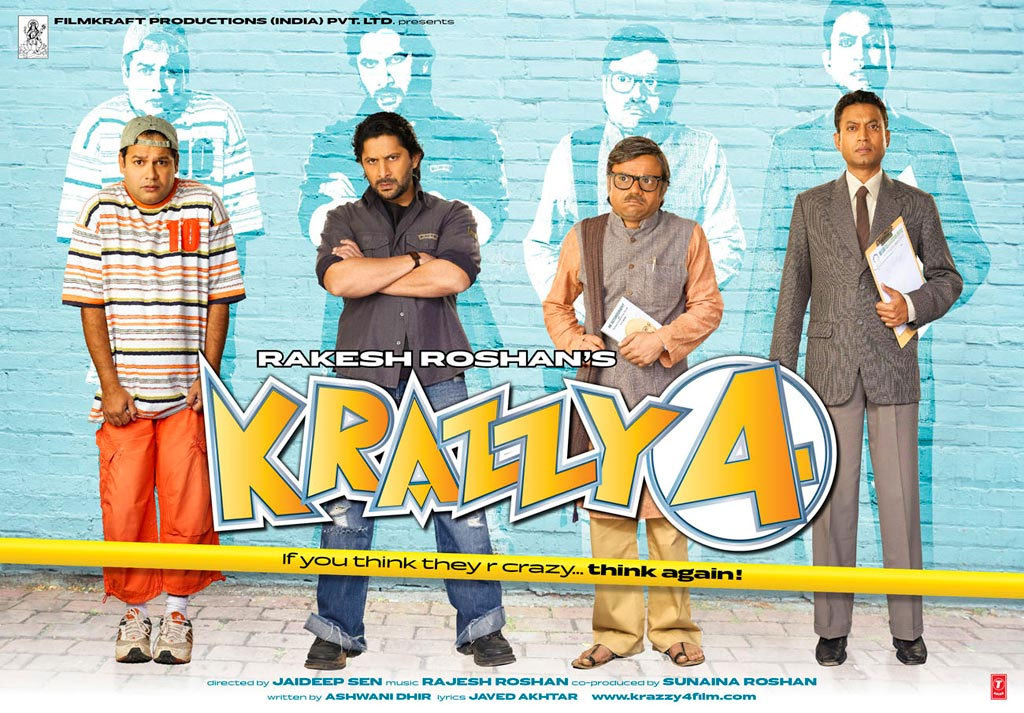