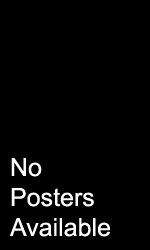 `I` too disappointing to be rated.

This Diwali has not been fair to Kannada film fans. Normally biggies hit the screens during the festival, but this time circumstances have not favoured big producers and directors to release their movies on the occasion and add to the festive mood. Now their films are expected to come out Nov 23.

After the fantastic historical film Kranti Veera Sangolli Raayanna, a series of immature attempts from non-film people are being presented at the box office. This week three films came out and I is one of them.

The film is so bad that you will be tempted to walk out of the film`s screening. With no credible story, it looks like an amateurish and nonsensical attempt worsened by bad performances and mediocre technical work further spoils the show.

The film starts with a flashback and it is tortuous for the audience. Devoid of any light moment, it has no logic or magic. It can neither be called a triangular love story nor a journey-based movie. The whole film looks like a drama with no story.

Shekhar, who is introduced through the film, is unsuitable for the role. His acting skills are not good. Sushma looks good, but she too needs to work on her acting skills.

Even veteran artists come and go without making any impact. Nothing could be said about music or camera work.

The film is so bad that it should not be given any rating.