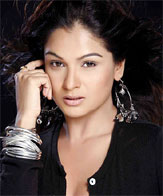 `Raavan` a feast for the senses (IANS Film Review)

A wounded bird snarled viciously on the dry branches of a tree. A cold-blooded vulture looks leery-eyed at his prey. A film by Mani Ratnam is an experience of a lifetime.

By jove, Mani knows how to tell a story! In "Raavan" he transports us into a forest of untamed sights, sounds and emotions that tumble out, creating a spiral of vibrant, sensuous images.

"Raavan" is a feast for the senses. Not much more needs to be said about Mani`s images. They flow out of Santosh Sivan and Manikandan`s cameras with the urgency of a symphony written on the night before apocalypse.

The image of Aishwarya Rai Bachchan plunging from the heights into a waterfall and getting trapped in a dry tree remains the one visual that surpasses all other recent celluloid mise en scene suggesting a link between nature and vulnerability.

No actress but Aishwarya could have played the beauteous and virtuous modern-day Sita who`s kidnapped by a Maoist `Raavan` and taken through 14-day experience echoing Lord Rama`s 14-year exile.

But the mythological references get lost on some of the characters, specially Vikram. And the background music and songs by A.R. Rahman, barring the haunting `Behne de`, leave no impression.

Aishwarya gets a firm grip on her pristine neo-Sita`s ordeal by fire in the most trying of circumstances. At times her scale of emoting goes a little too high. But she`s a perfect portrait of a trapped bird flapping her wings against the cage.

The superbly styled though at times overly accentuated screenplay is crammed with ironic references to mythology and history. Think Ramayan. Think Sita. Think....Hanuman! Govinda puts in a delightful cameo as a forest ranger up to his monkey tricks as he transports Inspector Dev (Vikram) through the forest terrain in search of his kidnapped wife.

A lot of the drama unfolds in the region of the cryptic. We never come close to cracking the jungle creature Beera`s mind. Partly a Maoist, partly an outlaw and outwardly a Robin Hood, Abhishek Bachchan plays the character with much relish, trying to find a centre to a character that defies gravity. But the glint in the eye and that artless grin cannot be missed. They give the character away.

You know this seemingly ruthless guy will fall so hard in love with his mesmerizing hostage that it will destroy him. Yup, this Sita will be the death of Raavan.

By the time the two develop a fatal attraction, the narrative loses grip over the unlikely lovers. In the last half-hour Sita and Raavan are on their own.

How you wish Mani would have given the narrative ample breathing space for the Abhishek-Aishwarya relationship to grow naturally in the stunning forests. His narrative style, a synthesis of smothered passions and half-finished emotions, preclude any deeply thought-out plan for the modern-day Sita and Raavan.

So what lies beyond the forbidden passion between Hindu mythology`s most enigmatic villain and most pristine heroine? Parts of the narrative are uneven, not being able to create a connection between the principal characters and the politics underlining the film`s mythological underbelly.

It`s an ambitious venture about characters trapped in situations from which they cannot escape. Mani keeps the pace frantic and the action is shot in an ensnaring rush of adrenaline.

Abhishek and Vikram`s pre-climactic combat on a wooden bridge is pure hand-to-mouth stuff. The cinematography captures the rain-drenched characters and terrain in slippery splendour. Never have we seen the protagonists on screen rough it out so vigorously.

Abhishek and Aishwarya play beautifully against one another. When at the end he tells her, "If I had died how would I have met you?", you know his eyes are telling the truth.

"Raavan" is a film that constantly seeks out the dark recesses in its characters` heart. It does fall short in some of its emotional moments. But who said that a film about such fatally flawed people had to be picture-perfect?

The imperfections in the storytelling somewhow add to the film`s vital primeval quality. The forest is shot with a devastating passion.

Aishwarya`s beauty reverberates across the jungles` sights and sounds. Abhishek uses his voice, physicality, eyes and smile to create a twisted world of inescapable doom for his character. Govinda, Ravi Kissan and Nikhil Diwedi also put in credible performances that seem to grasp the workings of Mani`s primeval world in all its glory.

But Vikram as the modern-day Rama is a near-disaster though he is a superstar in the south.

Cinematographer-filmmaker Santhosh Sivan will join hands with veteran filmmaker Mani Ratnam for the sixth time as they reunite for a yet-untitled Tamil project, a source saidRead More

Raavan is not a story, it is a world.
Beera Munda – Undisputed, Unlawful, Untamed.
Dev Pratap Sharma – The Punisher, The Law, The Righteous
Ragini – Consience, Beauty, Music

Dev falls in love with Ragini, a spunky dancer who is  as unconventional as him. They get married and he takes up his new post in Lal Maati, a small town in northern India. A town where the word of law is not the police but Beera, a tribal who has, over the years, shifted the power equation of the place from the ruling to the have-nots of the area.

Dev knows that the key to bringing order to any place is to vanquish the big fish, in this case –  Beera. In one stroke Dev manages to rip open Beera’s world, and set in motion a chain of events which will claim lives, change fortunes. Beera, injured but enraged hits back starting a battle that draws Dev, Beera and Ragini into the jungle. The jungle which is dense, confusing and scary. And in this journey they must confront their own truth. A journey which will test their beliefs, convictions and emotions. Emotions which are as scary and confusing as the forest.

The forest becomes the battleground. The battle between good and evil, between Dev and Beera, between Ram and Raavan. But when the lines dividing good and evil are blurring fast whose side will you take. When hate turns to love and good starts looking evil, which side will you battle for? Love is a battle that nobody wins but everyone must fight. 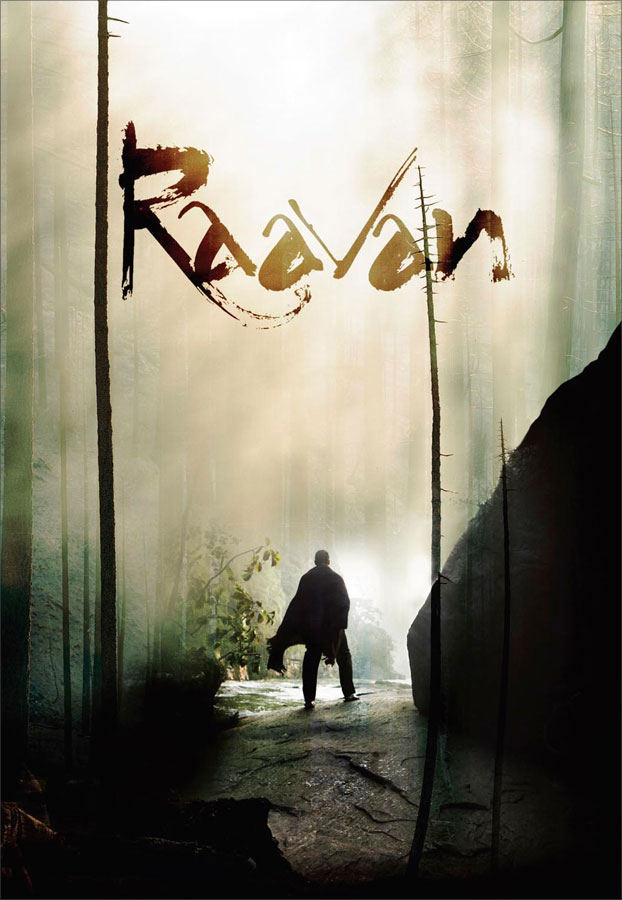 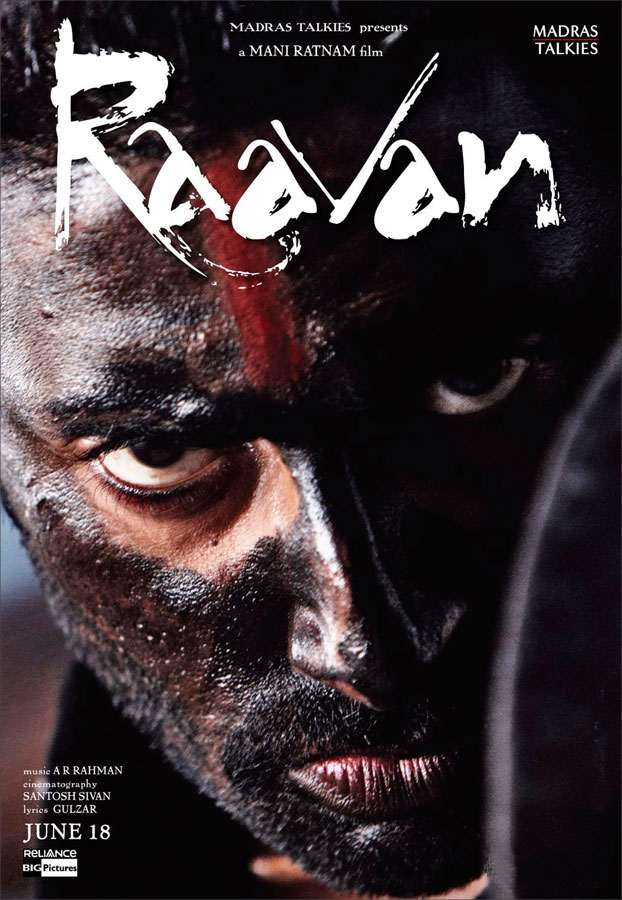 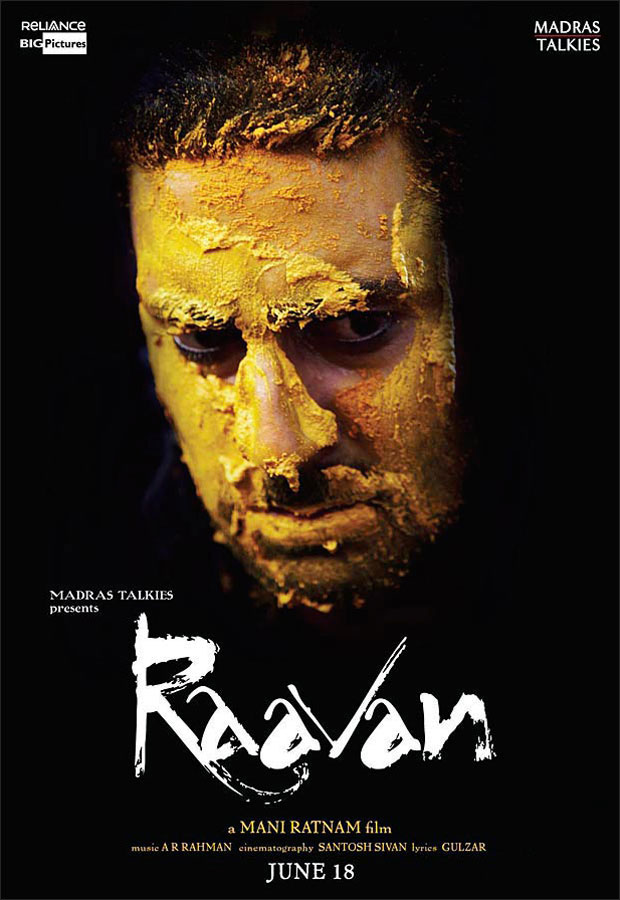 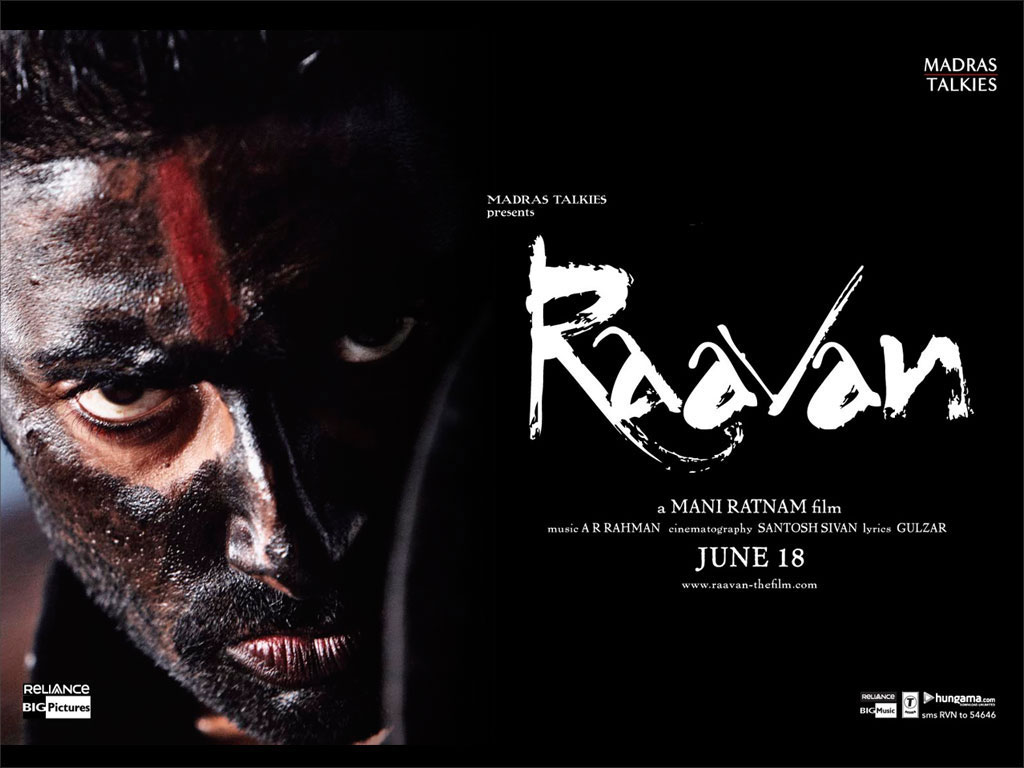