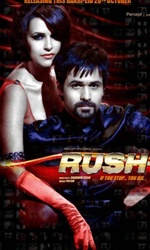 `Rush` lacks punch, but has some riveting moments
Rating: ***
Ouch, the TV channels won`t be flattered. "Rush", like Ram Gopal Varma`s "Rann" three years ago, rushes into the cut-throat world of TRP-driven competition among news channels where news, if not discovered is created in the newsroom. So Varma told us in "Rann".

And now late director Shamin Desai`s "Rush" takes us into the ostensibly murky chatroom politics of newchannels where news-baron Roger Khanna (Aditya Pancholi, unintentionally hilarious) gets reporters, civilians, politicians and criminals bumped off to make news. Just like that.

Far-fetched, yes. But "Rush" has its adrenaline rushing moments in the second half when the narrative picks up momentum and moves steadily towards a climax that is not entirely edge-of-the-seat. But certainly the popcorn on your lap is likely to ignored for a bit as ambitious crime reporter Sam Grover (Emraan Hashmi) gets sucked into a web of crime created by his over-reaching dangerously-connected boss.

"Rush" is not the first film about a young ambitious professional losing moral and ethical equilibrium to attain success. Recently, we had Kunal Khemu in "Blood Money" and Paoli Dam in "Hate Story" reaping the bitter fruits of their savage harvest.

More closely, "Rush" resembles Goldie Behl`s "Bas Itna Sa Khwaab Hai" where Abhishek Bachchan got trapped into a glamorous web of grime by media baron Jackie Shroff. Sushmita Sen had played the suave chic assistant to Jackie who took Abhishek under her sexy wings. In "Rush" it`s Neha Dhupia, every bit as suave and chic as Sushmita, playing the media baron`s right-hand woman who gets too close to Emraan for comfort. And yes, they even share a furtive kiss in a long-shot to ensure Emraan`s hardcore following doesn`t commit suicide.

"Rush" does have its sluggish chunks in the storytelling. But the narrative gathers strength from the basic plot structure where a television journalist is shown to be on the run. Some of the chase sequences are expertly done. And the whole theme of the newsmaker`s descent into compromised journalism makes for some riveting moments.

While many of the characters are sketchy, some like the sharp-shooter (played by Murli Sharma) who befriends our journalist-hero provide the plot with a spicy if not completely pungent propulsion.

The entire episode after the murder of Emraan`s journalist-friend Rikin (played by TV actor Alekh) makes for absorbing viewing.

Emraan as the backbone of plot performs decently. He has more speaking lines and less kissing to do here than in all his recent films. Whether the verbosity actually translates into something substantial or not is debatable.

"Rush" has the bone though not enough meat to make for a juicy fare on the excesses of television journalism. It leaves you wondering what director Shamin Desai would have done with his filmmaking career had he lived.

In love with his girlfriend Ahana, and forever chasing the next expose, Sam`s life takes a U Turn when his bosses find his story on a killer for hire too hot to handle and embroiled in controversy. Then along comes Lisa and a top job at a News Corporation headed by the enigmatic Roger Khanna. Together they intend to create television history with a reality platform that will blow the current competition out of contention.

Unable to resist the lure of money, power, Lisa, a new BMW and a fancy penthouse Sam soon gets ensnared in his new life. But this is only the beginning as Sam`s charismatic style and the new age dial in technique that he comes up with, wherein the public reports the crime becomes an instant hit catapulting him to astronomical heights.

However, beneath the veneer of glamour, money, power and Sam`s enviable life lays a truth that is at once unbelievable as it is shocking plunging Sam into a vortex of violence in a deadly game of cat and mouse engineered by those Sam had so plainly trusted. 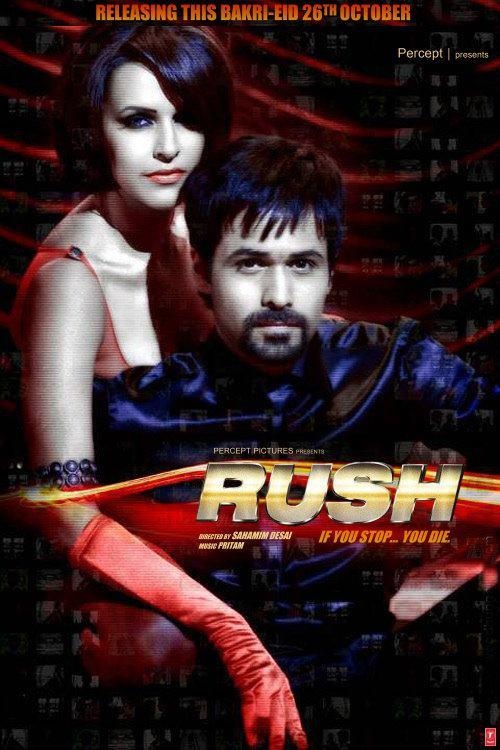