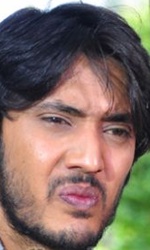 Shravanth Rao and Manish Chandra earlier tried their luck in films, but couldn`t succeed in making a place for themselves in the industry. They have tried their luck once again in "Naavika", but failed again due to their bad acting.

Director Sen Prakash should have understood that he is taking a big risk by offering the audience a half-baked script.

"Naavika" seeks inspiration from Bollywood`s popular film "Deewaar", which featured Amitabh Bachchan and Shashi Kapoor. However, it would be blasphemy to compare this below-ordinary film to the 1975 Hindi movie.

Soori and Shankar are brothers with different mindsets. While Soori is rugged and wants to attack any anti-social element, his younger brother Shankar wants to collect evidence before taking on the hooligans.

Avinash Gowda, a local cop, kidnaps two girls - Sandhya and Shwetha - who are in fact, girlfriends of Shankar and Soor, respectively.

Avinash calls Shankar to his hideout where he is killed by his own girlfriend. And later Soori takes on the charge to seek revenge from the killers.

Sen has failed to bring out good performances from his lead actors. Though the screenplay should have acquired emotional overtones in many important sequences, they fail to build those emotions. Instead, they look silly on the screen.

Both Shravanth Rao and Manish Chandra fail to live up to the audience expectations as well as important sequences of the film. The female leads also fail to cast an impression.

"Naavika" is a film that you can avoid.