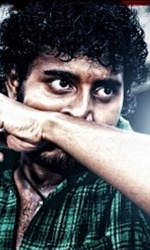 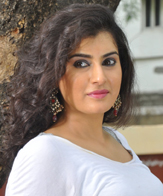 "Rana", directed by Sreenivasa Murthy, faced censor problems and it was sent to the tribunal for revised viewing. The film was finally cleared with an A-certificate after producer Shivananda Madashetty agreed to chop off objectionable scenes.

Full of gore, the film has an overdose of violence - from chopping heads to limbs, it has everything. So, it is imaginable why the censor board objected to it.

The film has so much violence that it is certainly not suitable for a family audience.

The producer claimed that his film carries a message, but nothing of the sort comes out of the narrative. What remains in the mind is blood, sickles, swords, murders and cruelty.

Murthy is certainly not equipped to make a film that is worth watching and it`s quite apparent in the beginning of the movie.

The story is about the fate of youngsters who get into trouble because of their early association with criminal activities.

Murthy has picked up a story that lacks freshness and is just a collage of sequences seen in other films. It is surprising that Madashetty, who has been associated with the film industry for some time, backed such a weak story and screenplay.

Soori, Manja, Madha and Sidda are the four youngsters who migrate from a village to a city. They start doing petty crimes and later land up in a situation where they have to kill a don who is close to the home minister. Their notoriety rises in the underworld. Finally, to stop them, top cop Amaranath enters the scene and issues shoot-at-sight order.

Ambareesh is totally wasted in the film. For the first time, Pankaj moved out of his home production to do this film. Unfortunately, he made a bad choice.

None of the actresses have scope to act in the film, which is full of mindless violence.

Murthy fails to extract good work from his artists and technicians. The camera work is atrocious and background score ineffective. Sridhar, however, has been able to churn out two good compositions.

"Rana" is one film that you should avoid watching as it has too much of senseless violence and gory sequences.