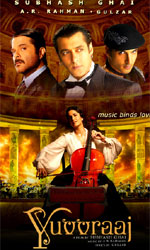 Subhash Ghai`s loveliest film in years has a symphonic texture, feel and movement to it. From the opening shots of Katrina Kaif labouring lusciously over the cello to the montage towards the end when Boman Irani, playing a zany surgeon, hops skips and jumps in the hospital corridor to announce the hero`s recovery, Yuvvraaj reworks old themes of family ties and unequal love matches to suit a new clientele.

It says it`s okay to want money. But it`s not okay to sacrifice family for funds. The palate is passionate. The look, feel and flavour of the presentation are near-exquisite. Ghai`s hard-earned reputation as a showman is on show here with shimmering austerity.

Less is constantly more in Yuvvraaj. The story of three wealthy brothers battling for the billions after their tycoon father`s death cannot be entirely exonerated of excesses. The supporting characters of ghoulish wealth - gold diggers and cleavage revealing sirens - seem straight out of Ghai`s Ram Lakhan and Trimurti.

But all said and done, there`s a delicacy to the narration that most cinema today is unable to achieve.

Yuvvraaj is not a film in a hurry. Though the pacing is even and stable, and feelings are frequently created out of the background score, it seldom gets cumbersome to watch.

Cinematographer Kabir Lal and art designer Oomang Kumar make sure our interest level in the incidents in the Yuvvraaj family never flags.

The performances are frequently charming and at times intriguing in their shadowy suggestions. The writer, played by Aushima Sawhney, flits in and out with stealth and grace, serving as both narrator and equaliser in this tumultuous tale of greed and redemption.

Bala, who plays autistic hero Anil Kapoor`s loyal friend, seldom speaks and remains an innocent mute spectator to the self-serving avarice of the rest of the characters.

After over-the-top performances in some hideous comedies, Anil is in full form as a psychologically impaired musical genius. The character`s vulnerability and lack of man-made manoeuvrings are expressed in the most tender and heart-melting expressions of a mind that doesn`t understand materialism and manipulation.

Anil holds the film and its loose ends together and serves as a reference point for this tale with a moral for our times.

Lower down the cast, Zayed Khan as Anil`s kid brother pumps in the right amount of hedonistic confusion into his spoilt rich brat`s act.

But clearly the stars of the show are A.R. Rahman`s music and Gulzar`s lyrics. Blending into the supremely mellow fabric of the characters` chaotic inner worlds, the music blends symphonic elements into a big large epic desi sound.

Seamless in its splendid synthesis of feelings and sounds, and avoiding over-punctuation except in the Broadway-like choreography, Yuvvraaj catches the characters` inner worlds in a state of reposeful grace.

The excesses, when they occur, are often doubly embarrassing because of the film`s continually fine structure and style. Often as the narration takes steep cultural swerves from Prague to Austria to London, Ghai puts in interior sequences on bad sets that intrude on the narration`s streamlined motivations.

Moments such as the one where Anil sings publicly for the first time are heartstopping in their sensitivity. But at times, Ghai loses grip over the narration, especially when some of the actors choose to do their own thing rather than remain in character.

But there is so much in Yuvvraaj to be thankful for. The splendour of the locales never overpowers the characters` right to be where they are.

As in Pardes and Yaadein, Ghai questions joint-family values and the rapidly-changing equations in modern times. While pricking our collective conscience, Yuvvraaj rarely throws up a moment when we can`t look Ghai`s vision straight in the eye. It is among the finest films of 2008.

Actor Zayed Khan, who is gearing up for his debut on the small screen with the upcoming show "Haasil", has joined Twitter.Read More

Salman Khan in Britain after a decade

Superstar Salman Khan, who is in Britain for his Da-Bangg Tour, says he is visiting the country after a decade.Read More

Yuvvraaj is musical story of fragmented family of three brothers, Deven Yuvvraaj (Salman Khan), Gyanesh (Anil Kapoor) and Danny (Zayed Khan) fighting and playing games with each other to inherit their father`s wealth. The story takes a curve when Anushka (Katrina Kaif) comes in to explain them the power of relationships over the power of money by using music to bind the love between them. 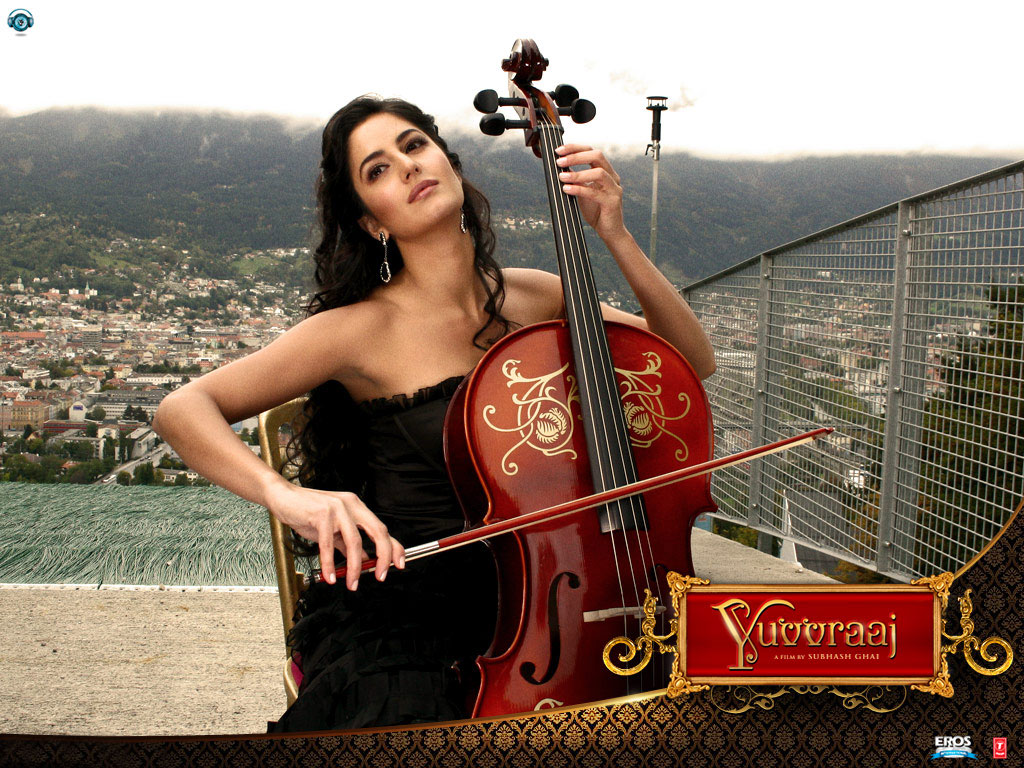 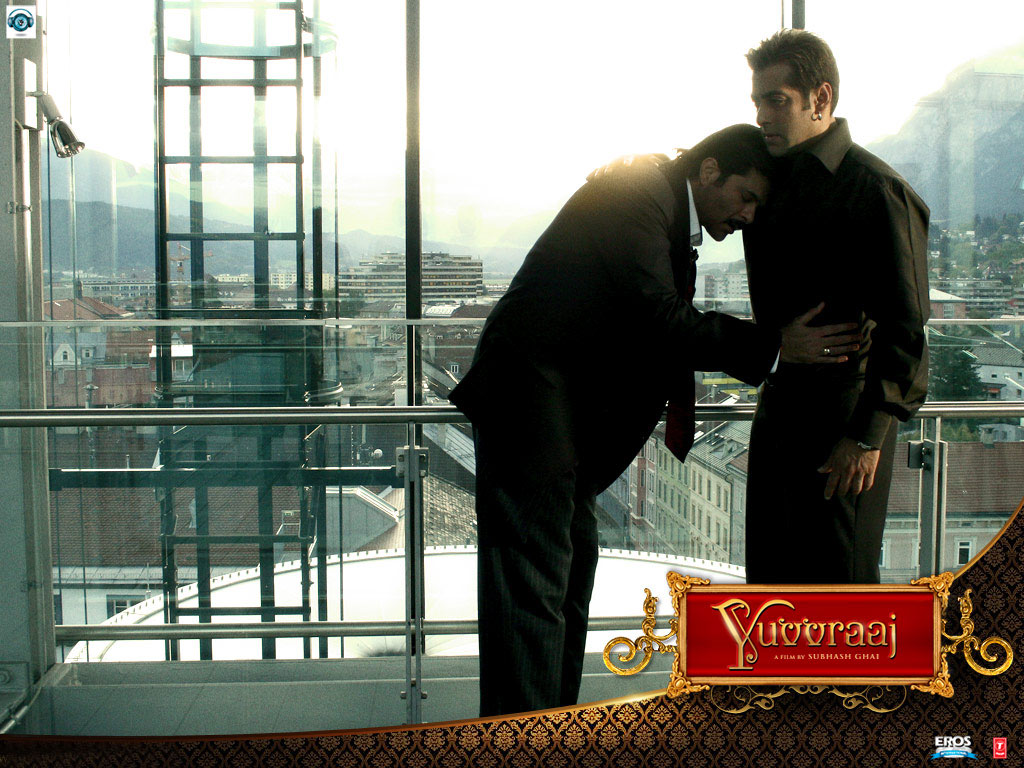 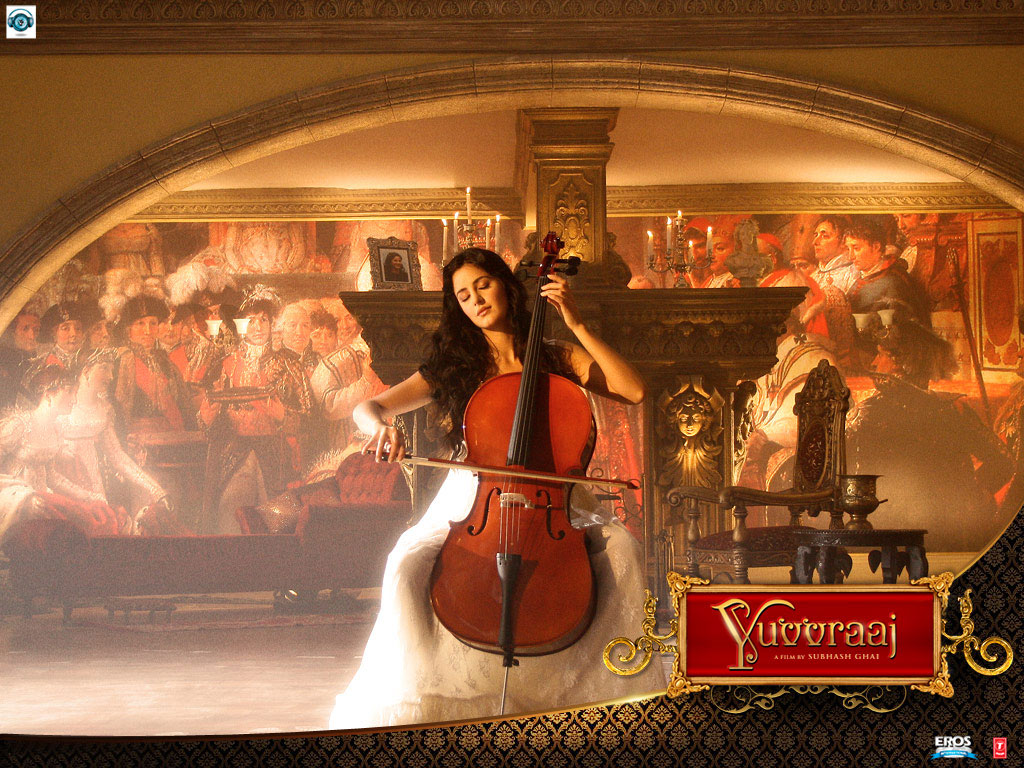 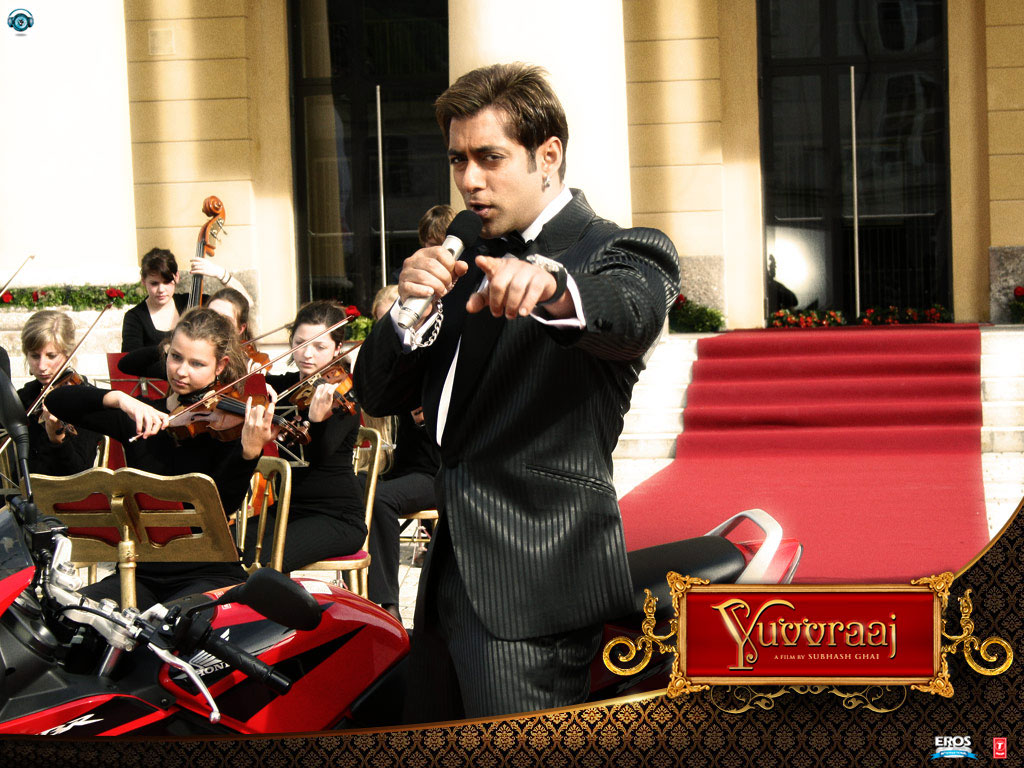 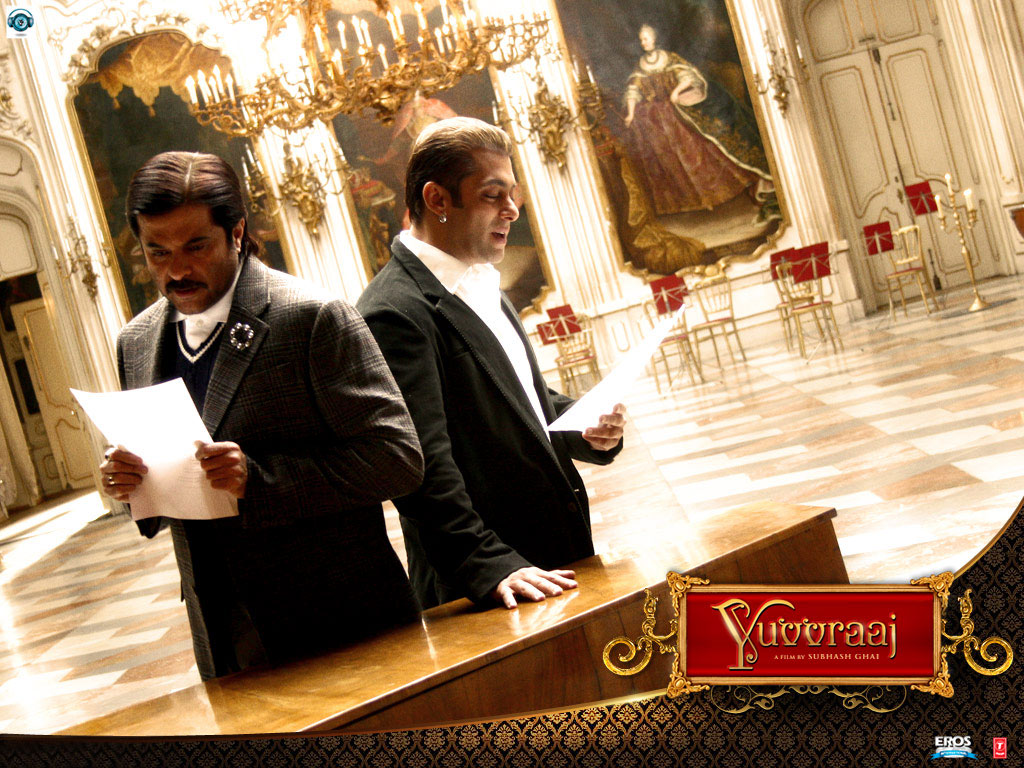