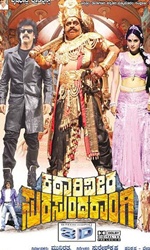 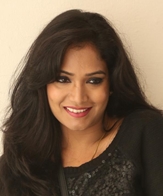 "Katari Veera Sura Sundaraangi", which was publicised as the first full-fledged 3D film in Kannada language, is a socio-fantasy movie. The highlight of the film is Upendra`s dialogue delivery, grand visuals and the entertainment quotient.

Watching an opulent 3D film shot on huge sets is a new experience for the viewers.

The second half is not as entertaining as the first half because many sequences are extremely predictable and are borrowed from other successful non-Kannada films. The screenplay is also weak in the second half.

"Katari Veera Sura Sundaraangi" could have won a lot of accolades if the pace of the film had been maintained throughout.

The narrative is too predictable as the story is a mix of sequences seen in successful Telugu films like "Yamagola", "Yamadonga" and "Jagadeka Veerudu". Barring Upendra`s well written dialogues and his enigmatic performance, nothing stays with you.

Down South more than hundred socio mythological films have been based upon the Yamaloka and the Indraloka, but most of these films make fun of Indra`s quest for power and Yama`s confused administration in hell.

Upendra, a commoner, wants to become a don by hook or by crook. He meets notorious don Muththappa Rai to realise his dream. Despite being advised not to take any hasty decision, Upendra plunges into the underworld and kills a known criminal. The news reaches the dead criminal`s younger brother in Dubai and he wants to take revenge.

During a confrontation with the villain, Upendra gets killed after being stabbed in the back.

After his death, Upendra goes to the Yamaloka. Since his good and bad deeds are equal, Yama orders him to spend 15 days in hell and 15 days in heaven every month.

Upendra sees Indra`s daughter singing and dancing in Indraloka and falls for her. After seeing her, he is desperate to go to heaven. So he creates a lot of problems for Yama and his assistant Chitragupta.

Finally, a troubled Yama asks Upendra to leave hell and go to heaven.

In heaven, Indraja starts liking Upendra. Then Yama comes to Indraloka and asks Upendra to return to earth.

How Upendra takes revenge and how he outwits Yama form the rest of the story.

Upendra`s strengths are in full display in the fun-filled movie. He also excells in delivering a lengthy dialogue, which is the best sequence of the film.

Rebel Star Ambareesh proves his versatility by giving a credible performance as Yama.

Ramya is a little plump for Indraja`s role and it seems she didn`t do any homework for the role. Veteran artists Doddanna, Sridhar and Ajay have carried off their roles perfectly.

But Hari Krishna`s music is inconsistent.

"Katari Veera Sura Sundaraangi" is a well-made entertainer. The 3D format is a treat to watch.