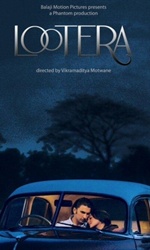 'Lootera' - flawed gem filled with love, passion (IANS Movie Review)
Rating: 4/5
A beautiful but deeply flawed film, the eagerly-awaited `Lootera` floors you with its audacious sensitivity and its tendency to use silences to punctuate emotions.

Indeed, the sequences between Varun and Pakhi, played with compelling intensity by Ranveer Singh and Sonakshi Sinha, bristle and burst at the seams with unspoken feelings. There are long passages of muted lyricism in the narration where silences are used to accentuate the growing passion between a lonely, emotionally and sexually insulated daughter of a feudal family in Kolkata, and the attractive stranger who walks into her life with the promise of passion, only to break her heart into wounding shards.

The love story, apparently inspired by American writer O. Henry's short story `The Last Leaf`, moves in mysterious magical ways, but often tends to lose its way in its search for that elusive horizon where two socially, culturally and economically incompatible people in love, hanker to unite, but seldom do.

The film wears two distinctly 'classic' looks in sweaty bustling Kolkata and forlorn snowy Dalhousie, both shot with fetching discreetness by cinematographer Mahendra Shetty. The Kolkatan periodicity of the 1950s relies excessively on extraneous props. Putting songs of Geeta Dutt, Mohammed Rafi, Hemant Kumar and Lata Mangeshkar of that era in the backdrop is the easiest and laziest way to get the characters to `feel` the bygone era.

I expected Motwane to go further in his exploration of the theme of repressed love. Motwane takes on the theme of sublime love, but seems to pull back at crucial turning points. When Pakhi's lover deserts her on their engagement day, I wanted to see Pakhi mourning with her doting father. But no. We only hear her talking about it later. Sonakshi's choked but dignified recrimination recreates unseen moments visually. Yes, her performance is that vivid.

The films looks beautiful but comes dangerously close to skipping the soul, but for one clinching factor.

Sonakshi Sinha. So far we've seen her as a mass-appealing queen of blockbusters. Playing the ailing, dying Pakhi in `Lootera`, she comes to a formidable level of histrionic nirvana not obtainable to any of her contemporaries. Sonakshi penetrates her character's bleeding loneliness with fearless integrity. Pakhi's desire to find adventure, love and romance reminded me of Madhabi Mukherjee in 1964 film `Charulata`.

There are moments, sequences and scattered shots where Sonakshi is captured in various postures of unbearable vulnerability. In a sequence of rebuffed ardour, she drops her dignity and drives down to meet the man who suddenly starts avoiding her.

`Will you come tomorrow? Day after? Then the day after that,` she whispers in declining hope when he refuses her invitation to come home.

It's a moment of pleading love that reminded me of Shabana Azmi's celebrated telephonic sequence in Mahesh Bhatt's `Arth`. Playing a girl who falls desperately in love with an unworthy man, Sonakshi takes her character through a journey that we see unfold with geographical precision before our eyes. She has great support in creating a memorably tragic character from the film's crew. She is often captured looking with agonising vulnerability into a distance where she can see no hope of redemption. It's a portrait of frightening desolation that reminded me of Shabana Azmi in Mrinal Sen's `Khandhar`.

Ranveer Singh, though able and alert in his responses, seems to rely way too much on trying too look vulnerable, charming and rakish.

`You are not Dev Anand,` Varun's friend (played effectively by Vikrant Massey), tells him sardonically to dissuade Varun from getting close to Pakhi.

That, in essence, is the tragedy underlining the cast factor. The role needed a Dev Anand for us to believe that a rich, beautiful girl like Pakhi could be completely and irrationally swept off her feet by the unworthy stranger.

The second movement of the plot moves into a moody snowcapped doom. Here, Motwane again makes use of long passages of intense silences to punctuate the feeling of desperate passion. There is also a 'thriller' element in the Dalhousie segment of the story that doesn't quite blend into the finely woven fabric of pain, passion and tragedy. The sequences in the isolated snowcapped home between Ranveer and Sonakshi hiss crackle and burn up the screen with their pent-up passion.

`Lootera` depicts a doomed passion that is at once invigorating and terrifying. Tenderness trickles out of every pore of this beautifully crafted saga of a love so infinite and so forbidden that it seems to scoff at cruel fate and brutal destiny while carving out a craggy jagged path for the lovers.

Vikramaditya Motwane's storytelling is like a coiled twirling stairway to the heart of his irreconcilable protagonists. The film's muted silences suggest a deep connectivity between pain and love.

Sadly, in the midst all the underlying conflicts, poor O. Henry's story is almost forgotten. O. Henry leaf-leitmotif shyly shows up at the end, making a hasty entry not too convincingly.

`Lootera` is a flawed gem filled with moments of glorious emotions. The storytelling shows the hands of a masterly visionary who tends to dither in moments of deep drama.

But then there is Sonakshi Sinha, who makes you forget all the blemishes in this unforgettable tragedy.

After wrapping up the shoot of Zoya Akhtar's "Gully Boy", Ranveer Singh is now gearing up for Rohit Shetty's "Simmba". He will be starting the shooting in a month's time.Interacting with the media, Ranveer unveiled Carrera eyewear's #DriveYourStory campaign and premiered a short film based on his life's journey on Wednesday here.Read More

Actors Jackie Shroff, Vikrant Massey, Pankaj Tripathi, Mita Vashisht and Anupriya Goenka have been roped in for the Indian adaptation of "Criminal Justice", which will be helmed by Tigmanshu Dhulia.Aditya Birla Group's Applause Entertainment is making the official Indian version of the British television drama series "Criminal Justice".It will be produced by BBC Studios India. The format has been adapted for India by Shridhar Raghavan, known for his work in "Khakee" and "Chandni Chowk to China".Read More

The year is 1953. A visiting archaeologist called Varun Shrivastav comes to the village of Manikpur in West Bengal to excavate the temple grounds of the local Zamindar. With knowledge and experience beyond his young demeanour, Varun greatly impresses the Zamindar and his family. Especially Pakhi, the Zamindar`s feisty and only daughter, who finds herself irrevocably drawn towards him.

But Varun isn’t all he seems on the surface. And as the simmering attraction between him and Pakhi leads to a tender and deep love, he is forced to choose between her and his past.

Making his choice, Varun disappears. Pakhi struggles to move on with her life, determined to forget him and their relationship. Until one day, when he returns under the most extraordinary circumstances.

Inspired from O. Henry’s “The Last Leaf”, Lootera is the uplifting story of two lovers. Of heartbreak, betrayal... and ultimate redemption. 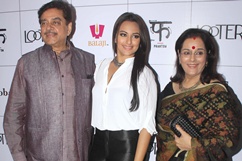 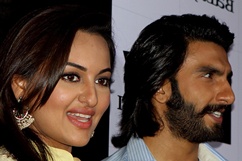 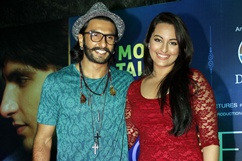 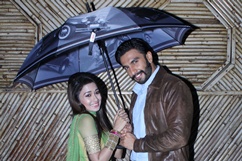