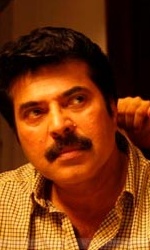 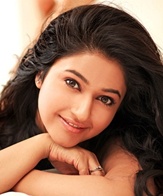 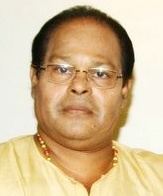 "Shikari" shows the sparks of brilliance in Abhaya Simha as a writer. He has written a good script and even dialogues make a good impact. The film distinguishes itself from normal Kannada films in the way it has been written.

It is plausible that Abhaya convinced Malayalam superstar Mammootty to work in a script that is essentially rooted in the Kannada ethos.

"Shikari" is the story of Abhijith, a software engineer in Bengaluru, who accidentally comes across a half-written manuscript novel set in the pre-independence era. The novel is about a hunter and a village girl.

Abhijith loves Aruna, the prime character of the novel, who is a hunter arousing patriotic feelings in the rural folk. In the novel, Aruna is in love with Renuka, a village girl and daughter of a rich person. Since the novel is half completed, Abhijith sets on a journey to Manjinadka village near Theerthahalli to find the remaining pages of the book.

There he meets Nanditha, who is trying to sell her ancestral property and settle in Bengaluru. Abhijith imagines Aruna to be his own lookalike and Nanditha as Renuka.

He will not be able to meet the real life characters of the novel based on the freedom upspring in the village, but he finds Renuka to be dead just at a time when the intensity of love towards Nanditha escalates. Then Nanditha says that she is in love with Abhijith and had written the remaining pages of the novel with her own imagination.

The film is slow but sometimes gets into engaging mode. Through the film, Abhaya has tried to convey a message that even after 65 years of Independence, the country is still under the control of foreign hegemony through trade and business contracts. However, the message fails to make an impact because of the director`s confused narration. .

The quality of the film`s music and camera work has attained respectable standards. However, a major flaw of the film is Mammootty`s dubbing, which is quite inferior and does not match well with the content.

Mammootty plays the role of software engineer, but his performance as Aruna, the hunter, is the best part of the film. However, unfortunately his dubbing is a big let down. He is shown as a Delhi-based North Indian, but speaks Kannada in the Malayalam accent.

Shrivastava`s camera work captures the old structures and interiors very well. The art direction by Dinesh Mangalore is also commendable. "Shikari" is a good attempt despite some major mistakes.