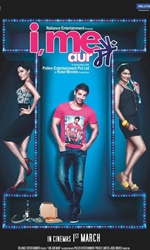 I, Me, aur Main Review

`I Me Aur Main`: Romcom with potential let down by characters
Rating: ***
What do you with a self-obsessed guy like Ishaan who shoulders no responsibility except that to his iron-board torso and matinee-idol posturings, who takes everyone from Mom, Sis and girlfriend to success, friendship and karma for granted?

John Abraham plays the kind of narcissist whose life is just waiting to fall apart. It does, soon enough leaving him... well, high and not quite dry.

For much of its economical playing-time, "I Me Aur Main" glides along innocuously in an urbane corporotized haze where women are allowed to be successful alongside men, though that success comes with a price.

Hence to no one`s surprise, Anushka (Chitrangda) locks Ishaan (John) out of her home and life. Ishaan doesn`t waste a moment in moving into a new apartment where he begins anew with a flirty flighty neighbour Gauri (Prachi Desai).

This is a dangerously thin ice for a desi romcom to tread on. The principal characters do not aspire to any higher ground of existence beyond what they are allotted by writers.

Director Kapil Sharma`s film derives some succour and marginal strength from urbane dialogues that the characters throw at one another at work and in parties.

Indeed the most interesting character to be obtained in this romp-com is that of Ishaan`s frosty saree-clad, self-styled diva boss Beena (Raima Sen) who takes over the business and has poor Ishaan by his balls.

The `b` word for such pushy sarcastic women is not discounted.

It is interesting to see John play a complete jerk, the kind you wouldn`t wish on your sister or daughter. Unfortunately girls of a certain age do fall for attractive garbage.

John plays the trashy Ishaan without reservation. A jerk, he is till a point in the plot where you wonder how this self-serving ass will finally get his comeuppance.

The payback comes in unexpected ways. The way an executive lifestyle and its sterile relationships are kept afloat in the film are proof of intelligent minds energizing this endeavour which strives to titillate bur gradually falls into the terrain of torpidity with no hope of a rescue.

John as the commitment-phobic cad skims over the smooth surface unable to nail the character beyond the occasional smirk and the constant gleam in the eye.

His character evolves gradually, though, with fatherhood fuelling a sudden change of heart that would have been more convincing had Ishaan`s growth from self-obsession to caring had been charted with more strokes of bold colours.

Dwelling in the domain of surface-level emotions, "I Me Aur Main" tickles our fancy in just that proportion where we do not a walk away with a sense of betrayal.

John works hard to give character to his amoral character. His mumbling monologue at the end with his newly-born is touching.

Chitrangda smoulders with her bridled sex appeal exuding oomph without letting any of it spill over.

Prachi literally plays the girl nextdoor with a neighbourly warmth that wraps around John like a cosy shawl in winter.

Television anchor Mini Mathur and Raima Sen provide colour and character to a script that needed more motivation and a larger sense of responsibility in showing its protagonist go from irresponsible to the committed.

I, Me, aur Main Synopsis

Ishaan is a charismatic, good-looking music producer from Mumbai. He lives a sheltered existence, is the centre of his life, the apple of his mother’s (Zarina Wahib) eye, always protected by his elder sister Shivani (Mini Mathur) and stays at his girlfriend Anushka’s (Chitrangda Singh’s) house. He takes them all for granted!

But there comes a day when his life falls apart like a house of cards. Fed up of his flirtatious nature and being taken for granted, his girlfriend throws him out of her house. He moves into a dilapidated house, his mother leaves his father and moves in with him, his sister and his best friend are upset with him and his new boss Beena (Raima Sen) asks him to resign. His ego is severely damaged and his confidence shaken.

At this point, his new neighbour Gauri (Prachi Desai) comes into his life and from her he learns the importance of relationships. He starts taking initiatives towards mending and maintaining his past relationships.

Ishaan begins to truly fall in love with Gauri. There comes a point when he has to make a choice between his love that made him a better person or being a better person by taking responsibility of the actions he has done in the past.

I, Me, aur Main Poster 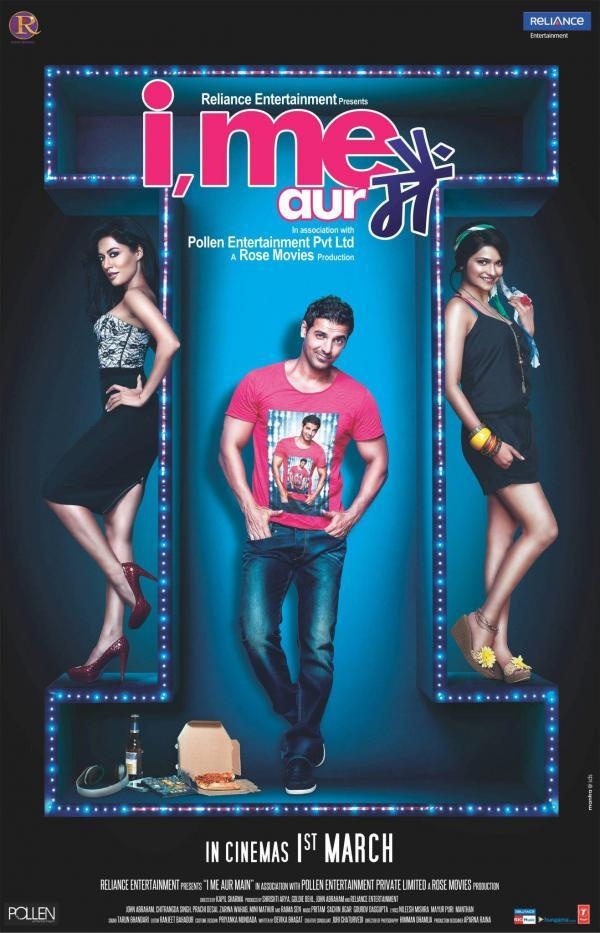 I, Me, aur Main Stills

I, Me, aur Main trailer

I, Me, aur Main MOVIE EVENTS