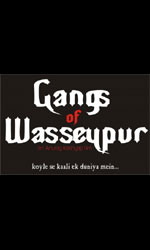 `Gangs Of Wasseypur` - a romp into raw, rugged heartland
Rating:****
Bleeding brilliance in almost every frame, breathing fire through every available orifice that the characters possess, and whipping up a kind of frenzied, flamboyant bloodshed that was once associated with the Spaghetti Westerns of Sergio Leone and Sam Peckinpah, Gangs Of Wasseypur is, briefly, one huge gang-bang. No protection provided.

From its bludgeoning opening when merciless marauders ambush a powerful enemy`s fortress-like home with army-like meticulousness, Gangs Of Wasseypur takes us into a world where compassion is a dinosaur, forgiveness a faux pas, and kindness an unforgivable sin.

Welcome to Kashyap`s Wasseypur. This is no country for the weak-hearted. Country-made guns go off without warning, bombs are hurled from two-wheelers and abuses fly out even faster than the bullets. If you are the kind of moviegoer who doesn`t enjoying hearing and seeing the unimaginable things that can`t be done to various parts of the human anatomy, then I suggest you try something more sugary and safe.

The world of Wasseypur is soaked in blood and revenge. The mafia in one form or another rules the little town. To mainstream Hindi moviegoers, this is not an unknown territory. At least four other recent films - Paan Singh Tomar, Ishaqzaade, Rowdy Rathore and Shanghai - have hurled audiences right into the notorious anarchy of the North Indian small-town where the barrel of the gun speaks an irresistible language of mayhem.

It`s a strangely dichotomous world where music and songs (Sneha Khan walk) mock the characters` subverted `herogiri`. While the characters indulge in their unmanned violence, audience become numbed participants in the rites of the wrong-doing.

The almost-ritualistic slaughter of all rules of civil conduct in Gangs Of Wasseypur is not redeemed by the presence of any hero.

Even the main protagonist in the blood thirsty saga is a certifiable rogue named, Sardar Khan. As played by Manoj Bajpayee in what is arguably his most feisty and filled-out performance to date, Sardar Khan is a second-generation criminal and social outcast.

In the film`s unforgettable prologue, Sardar`s father (Jaideep Ahlawat) serves as a henchman to the powerful local politician (Tigmanshu Dhulia). Politician has daddy killed by a hired assassin and Sonny-boy grows up swearing revenge.

This in a nutshell, could be the plot for a cheesy 1980s` potboiler. In taking the grammar and language of the formulistic vendetta drama from the 1970s and 1980s and converting it into a crackling saga of compelling contemporary currency, Kashyap turns all the rules of mainstream Hindi cinema on its head. He uses the language of Manmohan Desai and Narinder Bedi`s cinema. But he applies these to characters who are as far removed from the world of escapism is Sicilyis from Wasseypur.

Oh, did we really say Gangs Of Wasseypur was derived from The Godfather? Nah. The two worlds are inter-connected only by their legacy of lineage and violence. Beyond that Kashyap`s mode of storytelling, and the way his characters loo mover the proceedings without become caricatural, are frighteningly original and as liberated of reference-points as any of the path-breaking films on gangwars that have emerged out of Hollywood in the last 25 years.

Kashyap celebrates the drama of the grotesque with the relish of a seven-`coarse` meal. We can count the number of thuds and stabbing sounds every time a victim is cornered and done to death. Violence on this level has never really been a part of mainstream Hindi cinema before. The end of cinematic niceties is here. Take it or leave it.

Kashyap, in Wasseypur, legitimizes gore with glorious gusto. In the gang war that he portrays with such feral immediacy, victims are chopped up piece by piece, their body parts sent to the butcher`s to eliminate legal evidence. A finger floating in a cesspool of stale blood is a commonplace sight in the world of unchecked mayhem that Kashyap has constructed with such casual resplendence.

His team of technicians are unconditionally mired in the mood of violence. Rajeev Ravi`s camera mows through the imaginary world of Wasseypur with a devilish dispassion.

The film looks layered and even luminous in texture. But the tone of narration is detached. The dereliction of the damned and doomed characters is neither romanticized nor demonized.

Indeed Gangs Of Wasseypur invents a new language of cinematic expression. It creates a world where the characters inhabit a universe of vapid stagnant violence. And yet the narration, never short of breath even in the most breathless state of violence, exudes a kind of vibrancy that comes from neither rejection not acceptable of an undesirable situation. It comes from within the characters. As they battle each other in bitter futile feuds, they also seem to be battling the demons within themselves. The synthesis of what lies within and without is devastating.

And yet for all its outward show of ruthless machismo Gangs Of Wasseypur is a film with a heart. There is a rather enticing love story featuring Manoj, his screen wife(debutante Richa Chadha) and the other woman (Reema Sen) tucked away in the folds of the ferocious tale.

Manoj`s wife is a very happy happening in this sad but savagely funny tale. She is quite the discovery of the year, and that too in a film mottled with exceptional performances by Manoj, Nawazuddin as his son (more of him in Wasseypur 2), Tigmanshu Dhulia who is clenched, controlled and combative as the villain in chief, Pankaj Tripathi riveting as Manoj`s belligerent enemy, Piyush Mishra remarkably restrained and wise as Manoj`s mentor and guide and Huma Qureshi, another whammy performer whom we will see more of in the sequel.

In fact, every character, big or small, is cast with what looks like first-and-last options. You can`t imagine any other actor playing any of the myriad parts.

Brutal, brilliant, dark, sinister, terrifying in its violence and yet savagely funny in the way human life is disregarded Gangs Of Wasseypur is one helluva romp into the raw and rugged heartland. Not to be missed. I can`t wait to see the sequel. But be warned. Avoid meals half an hour before and after viewing.

Towards the end of colonial India, Sahid Khan loots the British trains, impersonating the legendary Sultana Daku. Now outcast, Shahid becomes a worker at Ramadhir Singh`s colliery, only to spur a revenge battle that passes on to generations. At the turn of the decade, Shahid`s son, the philandering Sardar Khan vows to get his father`s honor back, becoming the most feared man of Wasseypur. Staying true to its real life influences, the film explores this revenge saga through the socio-political dynamic in erstwhile Bihar (North India), in the coal and scrap trade mafia of Wasseypur, through the imprudence of a place obsessed with mainstream `Bollywood` cinema

Wasseypur is no more the town that was once consumed by the raging war between Sardar Khan and Ramadhir Singh. It has spawned a new generation of money squandering lobbyists, turning into foolhardy gangs overnight. With illegal profiteering through scrap trade auctions over the Internet, corrupt government officials, election rigging and hooliganism, the town got murkier. Everyone wanted alliance with the most powerful man of Wasseypur, Faizal Khan. His sole ambition however, is to annihilate Ramadhir Singh, the man with the grand scheme. Gangs of Wasseypur-Part 2 is a fitting conclusion to this story of vengeance, which by now, not just the family but also this town has come to inherit 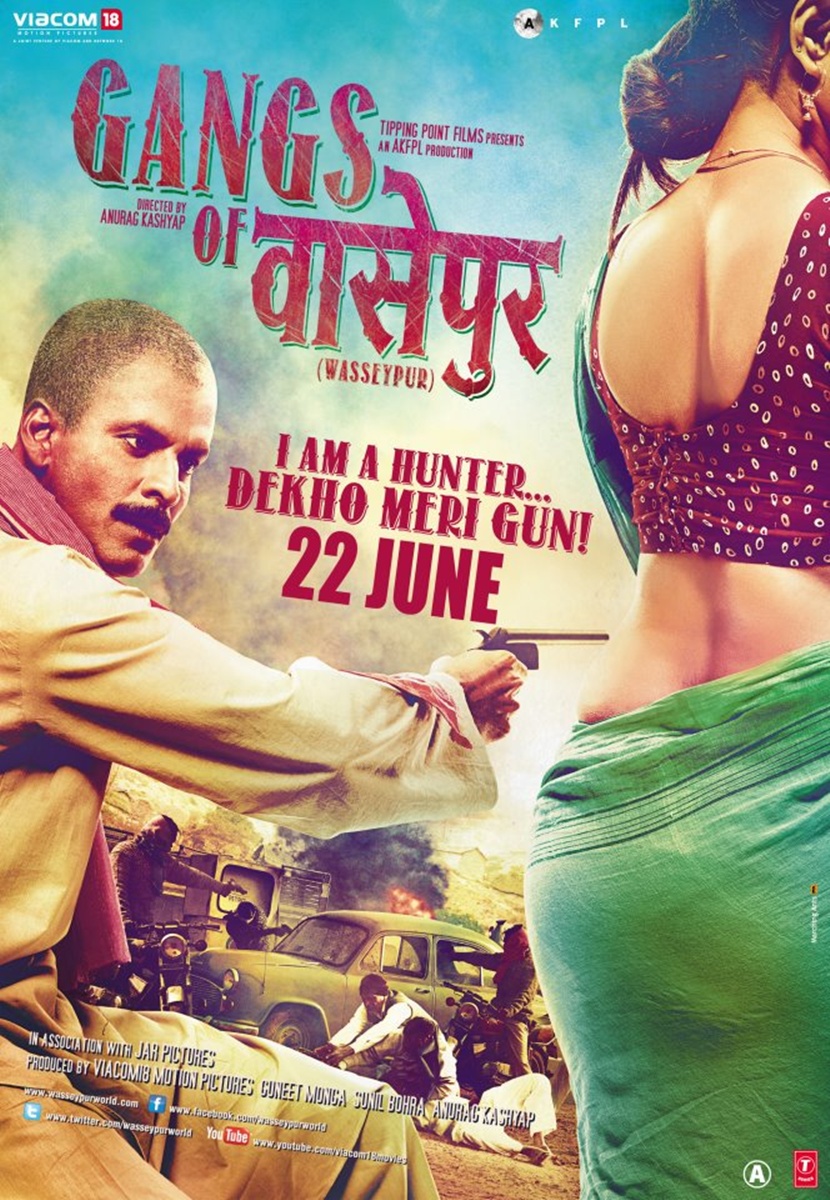 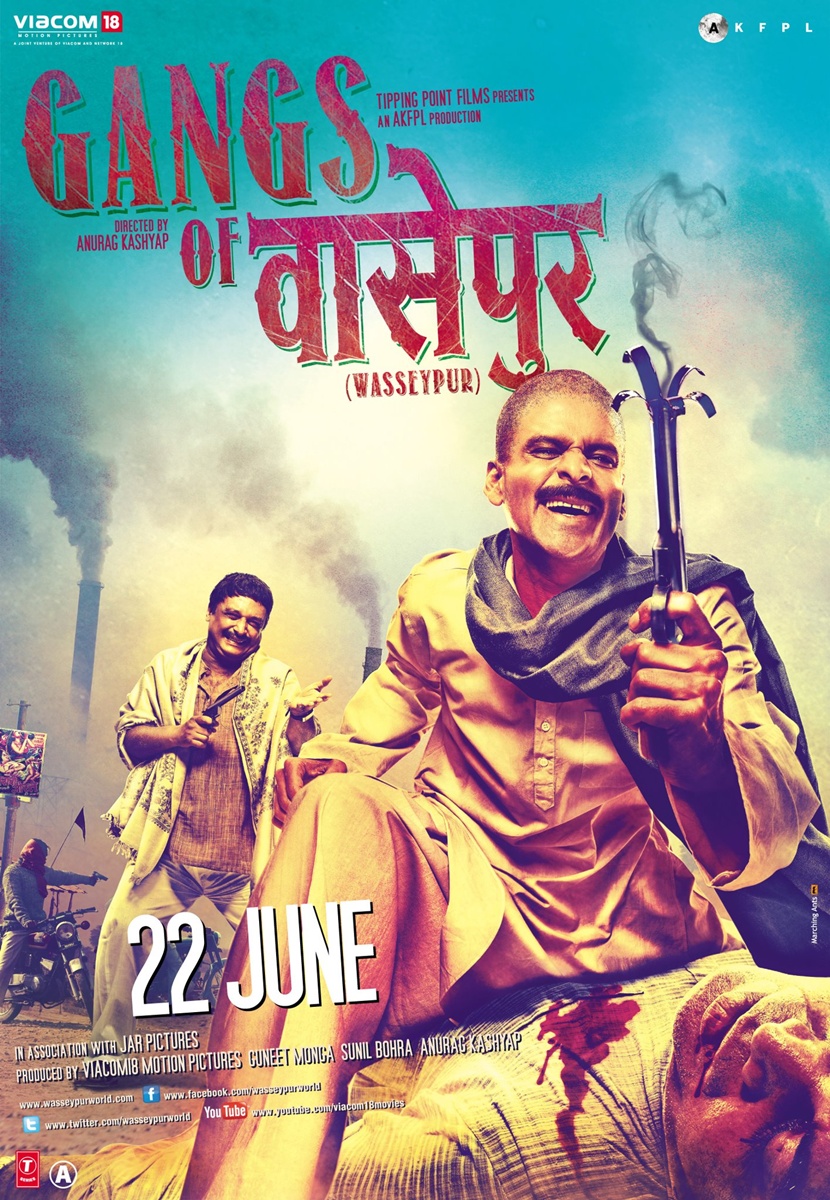 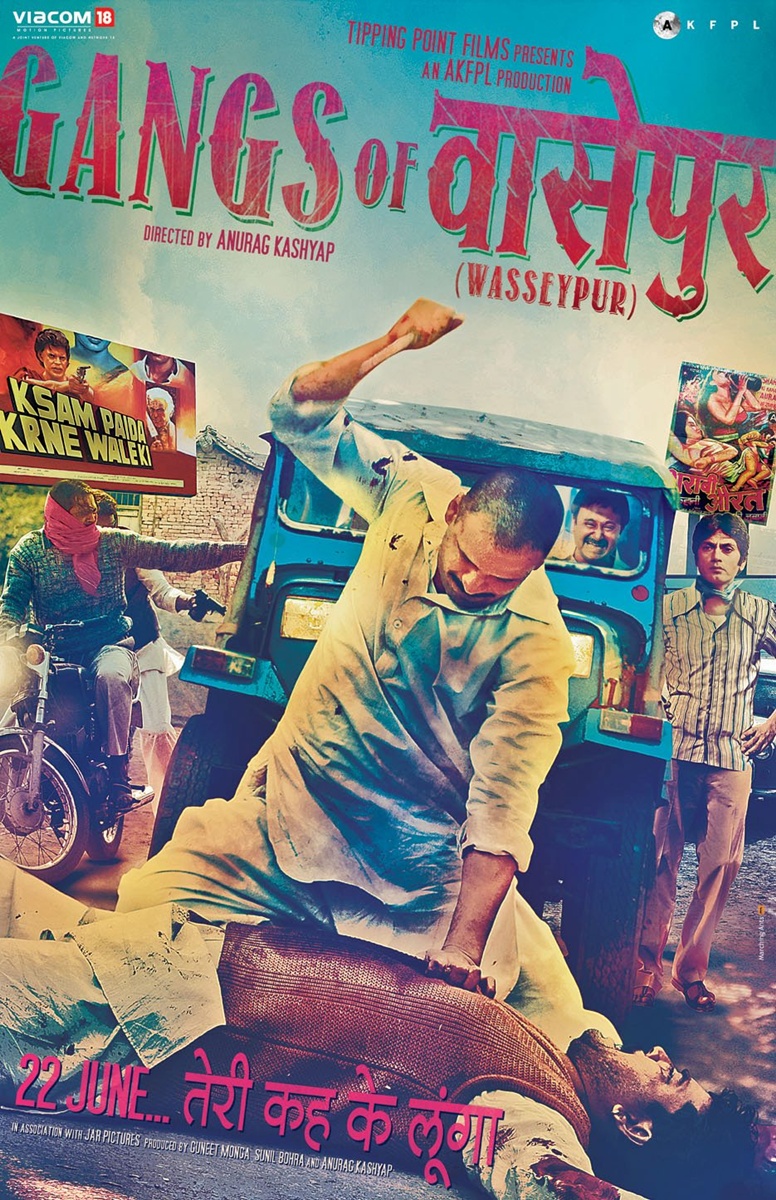