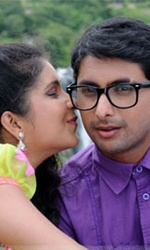 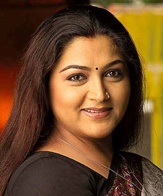 A talented scriptwriter, cinematographer and a director - Dinesh Baboo is an all rounder who excels in shoe-string budget movies that are made within a stipulated time. Though of late his eagerness to take too many projects has resulted in mediocrity but, nevertheless, with "Naanalla" he has once again proved what he is capable of delivering.

The film has traces of Bollywood film "Deewangee", starring Ajay Devgn and Akshaye Khanna which was also inspired by Hollywood flick "Primal fear". But where "Naanalla" comes out as a winner is the power-packed performances, especially by film`s hero Tarun.

The film moves to different locations, but it is the court room which occupies the centre stage of the proceedings. The stunning climax and the impact of various sequence is striking.

Sidhdharth (Tarun) is arrested by police for murdering an honourable professor. The blood on the weapon matches the blood on his clothes. Another factor that goes against Sidhdharth is that the love of his life had committed suicide after she was harassed by the professor. So, he had a motive to kill the man.

But somehow looking at the innocence displayed by Sidhdharth during investigation, a police officer feels he is innocent. He tells his advocate friend Subhash Chandra (Anant Nag) about the case and wants him to argue for Sidhdharth. By interacting with him, even Subhash feels that Sidhdharth has been framed. But his wife (Kushboo) argues that Sidhdharth is a culprit and fights the case against her husband.

In the process of proving Subhash innocent, Subhash finds out he is suffering from multiple personality disorder and this is the reason why he behaves so differently. A psychiatrist also confirms Sidhdharth`s split personality behaviour.

After some court proceedings, the judge sends Sidhdharth to an asylum for investigation and the case is withdrawn. After two years, he comes out and meets Subhash to thank him. And then a twist changes the course of the story.

As far as performances are concerned, Tarun has come out with his career-best performance in the film which should take him to bigger heights in the days to come. Shubha Poonja as his lover had lesser opportunities in the film to prove her acting skills. But, it is veteran actor Anant Nag who shines with his brilliant performance. The supporting cast too have done their job perfectly.

"Naanalla" is one film which offers different type of entertainment to the audience in the days of songs and fights. Camera work is good too but background music is exceptionally brilliant.

It is an engaging tale with a brilliant narration coupled with finely tuned performances.