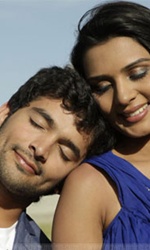 Pawan Kumar, who assisted well-known director-writer Yogaraj Bhat, makes an impact with his directorial debut Lifu Ishtene, which boasts of his natural flair for story telling and believable characters. The aspirations, desires and frustrations of youngsters are well documented in the film.

The song picturisations and video promos created a lot of curiosity and the light-hearted narration has lived up to people`s expectation. Though the director has tried to add sentimental angle in the later part of the film, which doesn`t gel with the story, Lifu Ishtene impresses with its neatly picturised songs, which are placed perfectly in the story.

The story conveys the confusion faced by youngsters who are often indecisive about many things in life, including love and profession. The film`s hero loses count of number of girls who have ditched him, yet he tries to break new grounds with his new love.

All the situations are laced with funny dialogues, which have been often heard by us. Nevertheless, these dialogues are sure to bring smiles. The interactions between the film`s hero, played by Diganth, and his friend Sathish, are the highlight of the film.

There are some dialogues which are much harsher and crude, but they fit in to the situations in the movie.

Conventional audiences may argue that the film may send a wrong message as the climax implyies that irresponsible and fun loving youngsters lead a brighter life than the others who lead a normal disciplined life.

But Lifu Ishtene is a film that does not carry any serious overtones, still makes a poignant effort to present the confused youngsters more realistically. The way the protagonist traces his journey of love - from his teen years to adolescent days - has been shown quite effectively on screen. With these scenes, Pawan shines as a good writer and promising director.

Vishaal is a careless youngster who does not have any set goals in life. In contrast, his friend Shivu is serious and advises Vishaal to reform himself.

But Vishaal, whose parents allow him a lot of freedom, finds his own way to deal with his love affairs. He falls for Nandini and wants to marry her. Nandini wants Vishaal to take up a job as it will help her discuss the marriage proposal with her father. At this point they break up.

Diganth natural dialogue delivery and lively performance are the plus point. He looks extremely handsome and is sure to bring in a lot of audience to theatres. But it is young and talented Sathish, who delivers a strong performance as Shivu.

Actresses Samyuktha and Sindhu are quite impressive. But Sindhu has an artificial dialogue delivery style.

Other artists have are good in their respective roles.

The major attraction of the film is the lyrical beauty and composition of the song Yaarige helona namma problemmu.

Junior Devadasa is another impressive song. Mano Murthy once again excels in his composition work. Jnana Murthy captures the mood of the film quite effectively.

Despite some of the flaws, Pawan Kumar`s debut film Lifu Ishtene looks interesting and watchable.