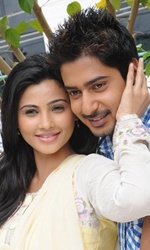 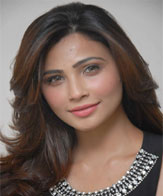 Prajwal Devaraj`s films are hitting the screens in regular intervals, but somehow they have not been able to make any impression because of the choice of stories and insipid work by the directors. Just last week his film "Mr. Duplicate" was released to an average response. But it looks like Prajwal`s new film "Bhadra", directed by Mahesh Rao, is all set to provide a new image to the actor.

"Bhadra" has a lot of comedy and action elements aimed at building up the action image of the hero. The film has nothing special in the form of a story which has been seen many times on the screen, but it is the screen play which is most likeable. In that way, director Mahesh Rao ensures that all the entertaining elements are retained without any changes.

Bhadra comes from his village to the city to pursue his education. In the college he loves Kavya without knowing that she is the sister of dreaded mafia don Naga. Naga tries to scuttle Bhadra`s attempts by using his clout and threatening tactics. But Bhadra is made of different stuff and is prepared to take on the challenges to get his love. Bhadra proves to be a different person all the time and challenges Naga and his hooligans. Finally Bhadra makes Naga realise that he makes a perfect match for Kavya.

Though Prajwal Devaraj had worked in a large number of romantic youthful entertainers, this is his attempt to get a new image recast. Yes, he has done a few action-oriented films earlier, but only in "Bhadra" the hero`s role perfectly suits Prajwal. He has worked hard in the dance and fight sequences and shines well even in the comedy sequences.

Mumbai-based dancer-cum-actress Daisy Show has also shown her prowess as a dancer and adds a little bit of oomph to the film. Sampath shines in the villain`s role while veteran actress M.N. Lakshmi Devi, Sharan and Bullet Prakash are able to raise a few laughs in the theatre.

Fights have been the major attraction in this film with Ravi Varma and Thriller Manju choreographing thrilling fights. The songs like "Aa Chinna" and "Madanaari Baale" are quite catchy. Jai Anand`s camera work is another factor that is quite impressive. Sri Guru`s work can only be commended for background music as all the song compositions are lifted from the original Telugu film.

"Bhadra" engages you throughout its length. It may be a high value entertainer for audiences who have not watched the original and can be an above average outing for the fans who have watched the remake. You may even watch it with your family members to have a few laughs.