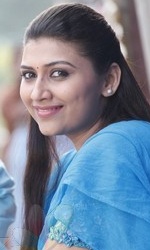 Dayal Padmanabhan`s "Yogaraj, But" is an entertaining film despite philosophical overtones. It is a difficult and complex script to narrate, but the director has taken care not to be too preechy.

Dayal has tried to convey a message that only death is certain in our lives and even if our aspirations remain unfulfilled, yet an individual can lead a happy life if he or she has a compatible mind.

He passed this message through the film without boring the audiences. The end may look a little complex, but the thoroughly enjoyable first half makes the audience forget the flaws in the second half.

The narration is a little surreal as the story has lot of imaginative elements like god appearing before the soul of a dead man and engaging him in a conversation. That may be the prime reason as to why this film can not be slotted into a particular genre.

Dayal has been greatly helped by the performance and dialogue writing by his lead actor Naveen Krishna who has done a very good job in both acting and writing departments.

Dayal has also succeeded in getting competent performance from other artists of the film as well. Rakesh`s camera work fits into the mood of the film.

The first half of the film is a sure fire entertainer what with. The dialogues, the sequences and the twists in the story will make you laugh.

But the second half suffers because of a complicated narrative. There are gaps in the second half. The climax sequence also ends up in a jarring note.

The story revolves around Yogaraj, an astrologist who enjoys a fun filled life with his mother and sister. He meets Sihi, who wants to do a course in London and she comes to Bangalore from Tumkur to complete the formalities. After an interesting meeting, Sihi asks Yogaraj to help her. Both fell in love with each other, but are unable to express their feelings.

Naveen Krishna comes out with a fabulous performance again. He has certainly elevated his performance by showing variety in dialogue delivery, voice modulation and even his signature style mannerisms. Neetu looks perfect in the role of Sihi and she should take pride in accepting such a challenging role. Among the veterans, Sihi Kahi Chandru who makes you laugh with his cameo appearance.

"Yogaraj, But" is a different type of film. But it is enjoyable to the core, and there is also a thought provoking element in the film. Watch it.