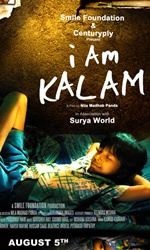 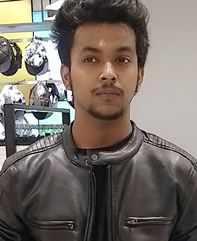 I Am Kalam Review

`I Am Kalam` gives message without preaching (IANS Movie Review)

The boy is a dreamer. One look at the former President of India A.P.J. Abdul Kalam on television and Chotu decides to call himself Kalam. Kalam believes every child has the right to education.

Without the least display of pity or preachiness, debutant director Nila Madab Panda creates a world of infinite hope and minuscule joys for his precocious unlettered but smart protagonist Chotu.

The wispy but firm-handed narration weaves through Chotu`s relationships with various characters in his life… his uncle, the dhaba owner Bhatti, which is played with endearing warmth by Gulshan Grover, the jealous Bachchan-crazy recruit at the dhaba Laptan (Pitobash, natural in his unsophisticated meanness), the free-spirited French tourist Lucy (Betarice ordeix), and above all, Chotu`s rapport with the Rajasthani royalty Ranvijay Singh (Husaan Saad), a kind lonely aristocrat boy who eagerly befriends Chotu to share his luxurious but solitary life with.

The shared moments between Chotu and his motley crew of compelling characters are tender and genuine. The characters are never slotted or allowed to become stereotypical. They convey a kind of free-flowing casualness that makes them real and yet dramatic in a subtle way.

The film`s social message of education-for-all is underlined but never italicized. It`s left to the boy protagonist Harsh Mayar to bring out the theme`s inherent message without making the plot heavy or didactic.

Mayar with his unassuming swagger and artless smile brings to the film a rare intelligence and humour. National award, did they say? The boy deserves much more.

The first-time director tends to over-simplify the complexities of the plot towards the end when in a quest for a flashy climax he collects all the characters at an extremely manufactured crisis point.

But the clumsiness of some episodes doesn`t take away from the film`s intrinsic warmth and gentleness. The narration glides through Chotu-Kalam`s adventures with ease and fluency creating the fantasy-driven hopeless world of an underprivileged child without pity of sentimentality.

The last shot shows the `prince` and the `pauper` traveling happily together in the same school bus. Socialism has arrived. Abdul Kalam must be smiling at this Utopian dream of finale. But then isn`t that what cinema does? Offer hope, create a dream world and exchange the harsh reality of the outside world with a magical alternative.

I Am Kalam does all of this. Must be watched for its sincere effort to carry forward the world of the child with the same mellow maturity of vision as the recent Stanley Ka Dabba and Chillar Party.

I Am Kalam Synopsis

Hi I am Kalam!

I come from a small village in Rajasthan, I live there with my mother and little brother. Life here is very difficult. Getting proper meal is a rarity so going to school is just out of question. But I like reading, learning new things and making new friends. When I grow up, I want to be a big man, wear good clothes and a tie and become successful.

Mother says that my brain works “Rail se bhi tez”. To help my mother support the family I work with Bhati Mamu at his dhaba. He has a camel, Laxmi. I am her best friend. Tourists from various countries stop at our dhaba. I like talking to them and learning their languages.

APJ Kalam ji is my role model. I am his most obedient student. I know that I can become like him if I go to school.

I hate it when people call me Chhotu; because I AM KALAM.

I Am Kalam Stills