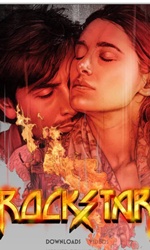 Here is a film made on the life of a rockstar whose tryst with destiny does not touch your heart.

In a grey dull European city, we aren`t sure if the frizzy haired, Indo-Persian dressed Rockstar (Ranbir Kapoor) is detained or mugged while he fight backs his detractors to reach the venue to deliver an electrifying performance.

In fact, Imtiaz Ali`s "Rockstar" is a love story of Janardhan Jakhar (Ranbir Kapoor) and Heer (Nargis Fakhri). Janardhan is a naïve Haryanvi college going buffoon. He is rustic with no confidence in his own talent, but cherishes the dream of becoming a rockstar. With a hairdo and clothes that resemble the fashion of the early 1970s, Janardhan, or JJ as he calls himself, is constantly trying to aperockstar Jim Morrison and is constantly seeking a formula to become one.

His confidants, college mates and college canteen owner Kattara Bhai tell him that to be a rockstar one needs to experience life altering love, heartbreak and self discovery. And his mind ticks till he spots Heer (Nargis Fakhri).

Heer is the diva of the college, poised and polished very lady like. Their union seems unfeasible. After a few scenes, we learn that she is to be married off within 20 days and wants to experience all that is forbidden.

The duo makes a list and experience life without emotions for each other. In due course, JJ is christened Jordan, which seems to be an apt name for a rockstar.

As the mystery unfolds over layers of flashbacks, it takes the story to a designated plateau and halts.

At stages, you feel you are watching a documentary, full of montages of memories lined up over good music. Be it Sufi music or the shehnai-guitar jugalbandi, A.R. Rahman`s music touches your heart.

Performances are superb. Nargis is a sure threat to Katrina Kaif. Shammi Kapoor sharing screen space with Ranbir touches a raw nerve. Over all, Ranbir carries away accolades for his histronics.

Coming from a director who has given wonderful hits like "Jab We Met" and "Love Aaj Kal", "Rockstar" is a disappointment. It`s evident that there is something amiss with the characterisation of this love story.

During the entire transition it is not revealed how Jordan becomes a symbol of rage nor does it reveal the `junoon` of Nargis` character.

With some beautiful wide angle shots, the film captures scenic Kashmir, Prague and Delhi in a way that has not been seen in the recent past. The editing too is crisp but the last half hour is agonisingly similar to Shahid Kapoor`s "Mausam". It just goes on and on.

The are refreshingly rustic and funny. An extra star in the rating for Ranbir`s performance.

Dance movies set to take a 'step up' in Bollywood

Is every Bollywood movie a dance movie? How does one define a dance movie? Dance has always been an instrinsic part of films in India. But choreographers like Shiamak Davar and Terence Lewis sense the brewing of a new movement to their advantage -- all thanks to Remo D'Souza's "ABCD: Any Body Can Dance".Late actor Shammi Kapoor prancing around to energetic numbers, Mithun Chakraborty's pelvic thrusts in "Disco dancer" and Govinda's dance moves in songs like "Sarkaye liyo khatia jada lage" and "Ankhiyon se goli mare" -- Bollywood has always had an affair with dance.Read More

Janardan , born and brought up in the very middle class locality ofPitampura in Delhi, has a larger than life dream – of being a rockstar like Jim Morrison! But all he gets from his reluctant audience is ridicule and humiliation. He’s at his wit’s end ,when he realises that all musical stars, all artists in fact, have one thing in common. And that is tragedy. They all have tragic lives. They have all suffered painful heartbreaks to become what they are. Alas, there is no pain in Janardan’s life - it is an oasis of peace. Unless he does something drastic, he will never become a rockstar. Heer Kaul is the undisputed diva of the college campus - beautiful, talented, arrogant, rich, unavailable. She has broken many hearts. . Janardan hopes she will break his heart too. He sets out to woo Heer with the sole object of getting his heart broken. Rock star is the journey of a boy - who leaves behind Janardan to become Jordan; who traverses the highs and lows of life – from simple naivete to tortured soul, from the pleasure of unaffected friendship to the torment of unrequited love, from the campus in Delhi to the international stage… He ultimately gets all that his heart has ever desired…but in the process shatters / loses his heart forever… 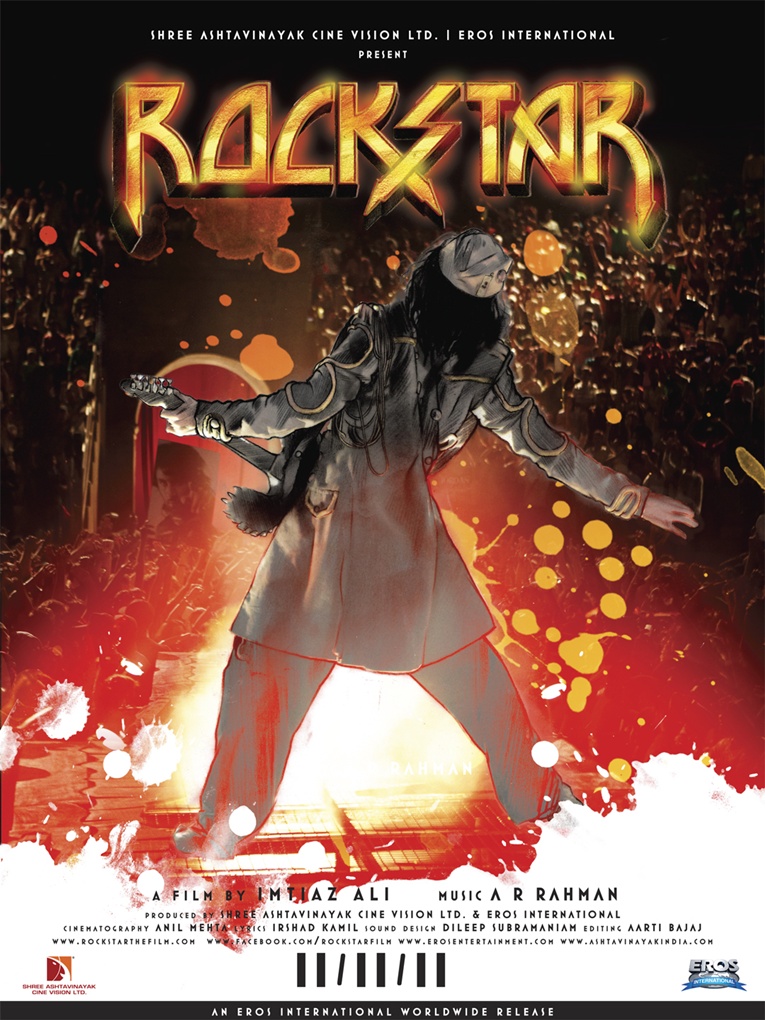 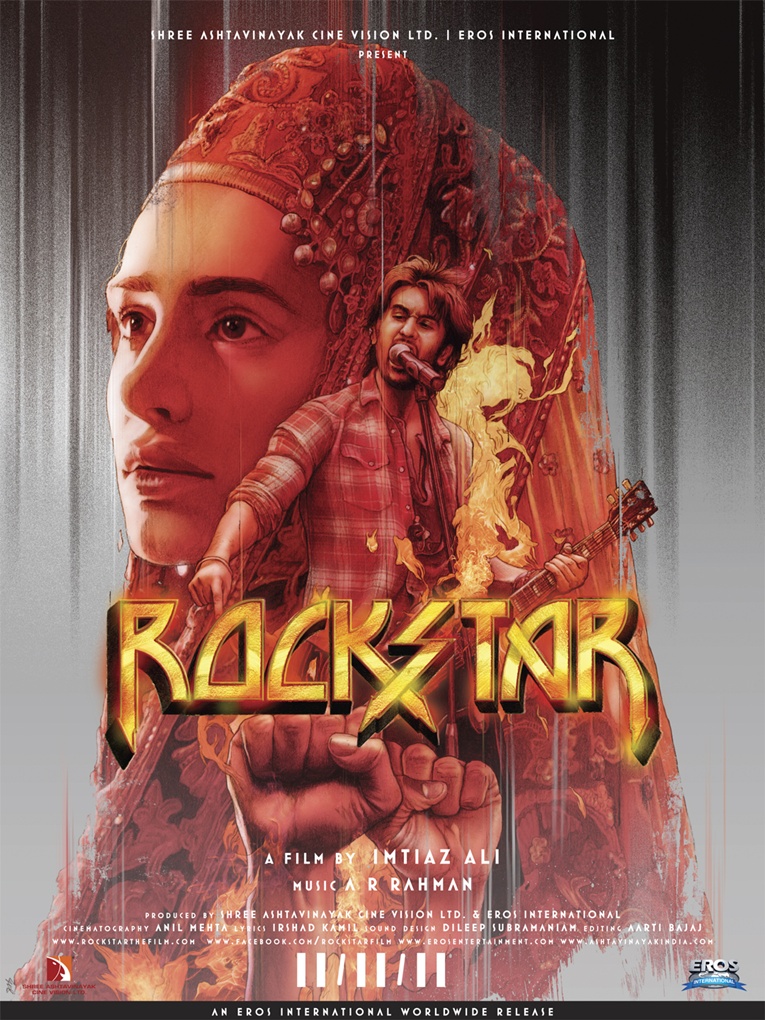 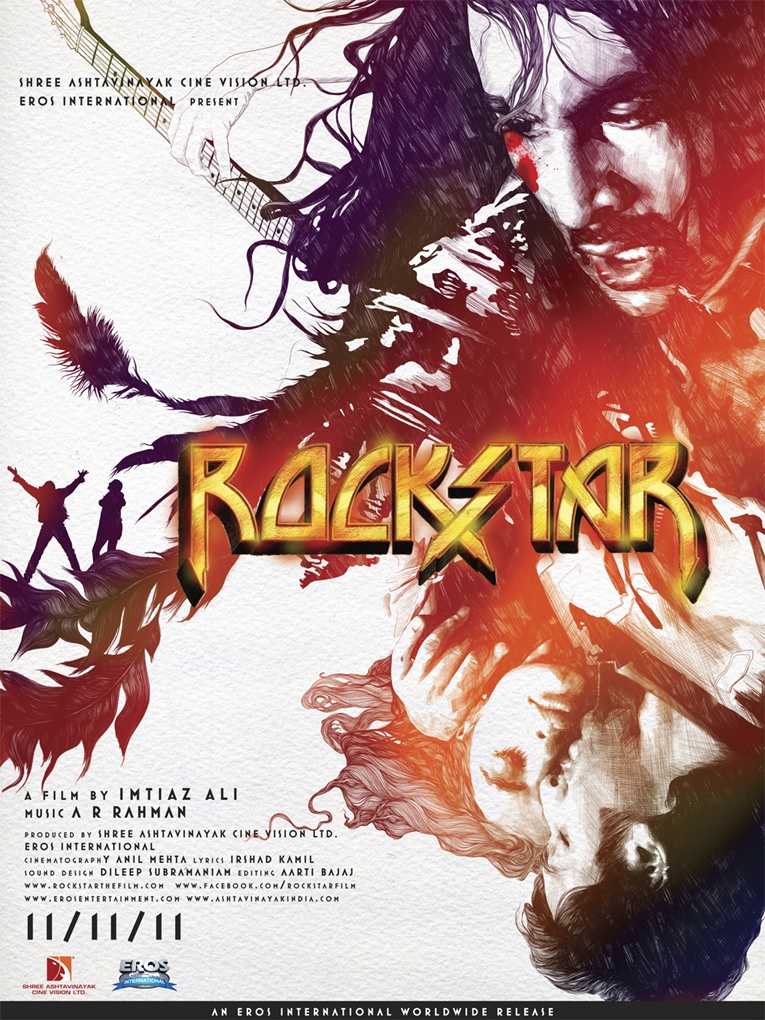 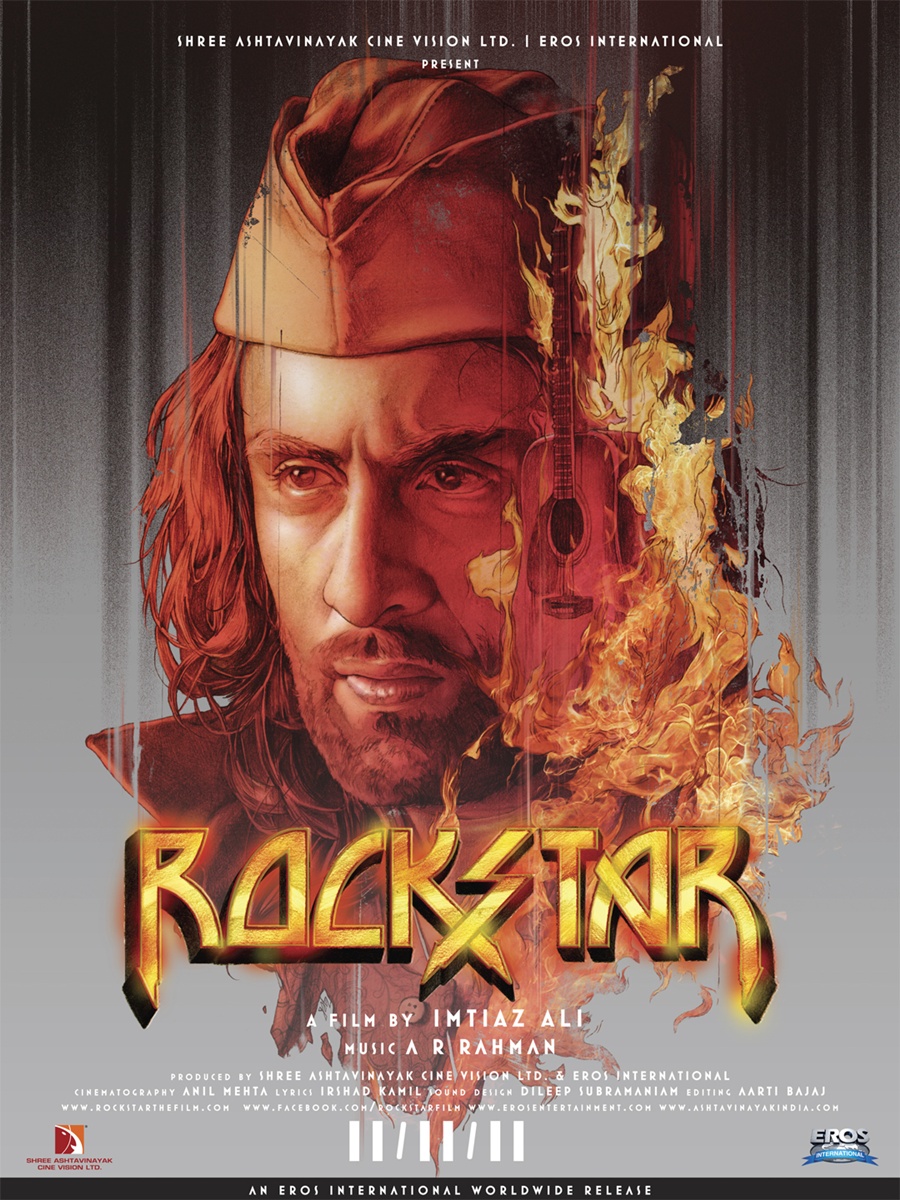 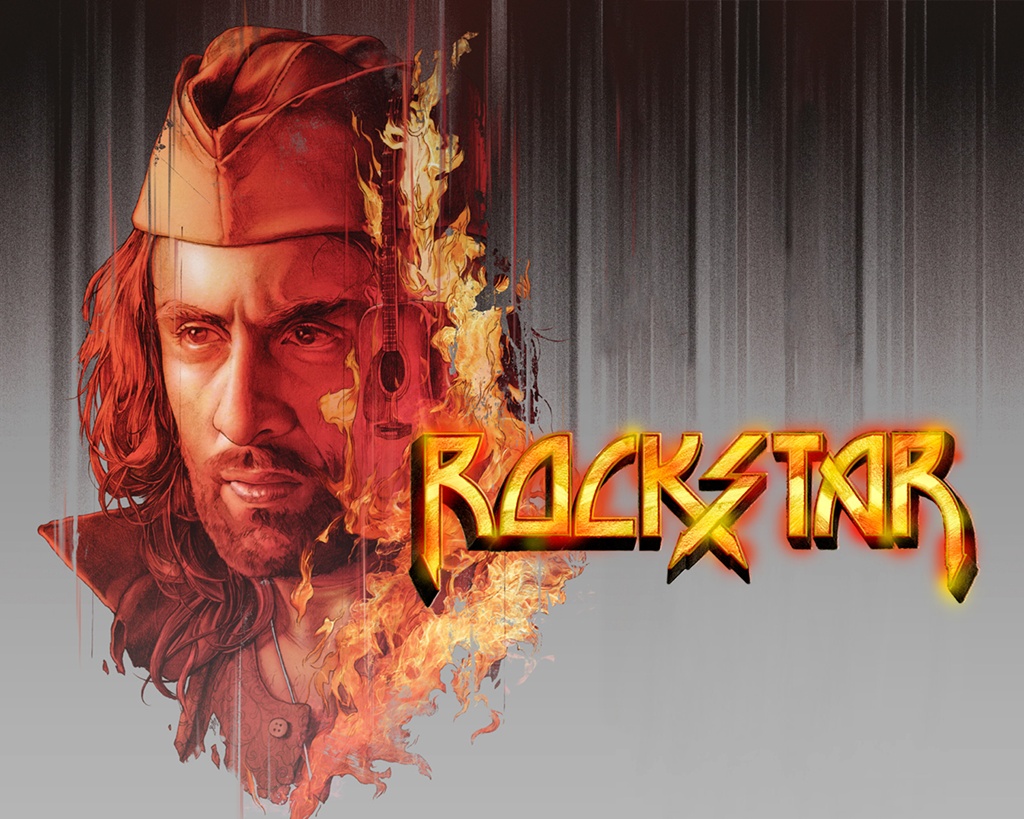 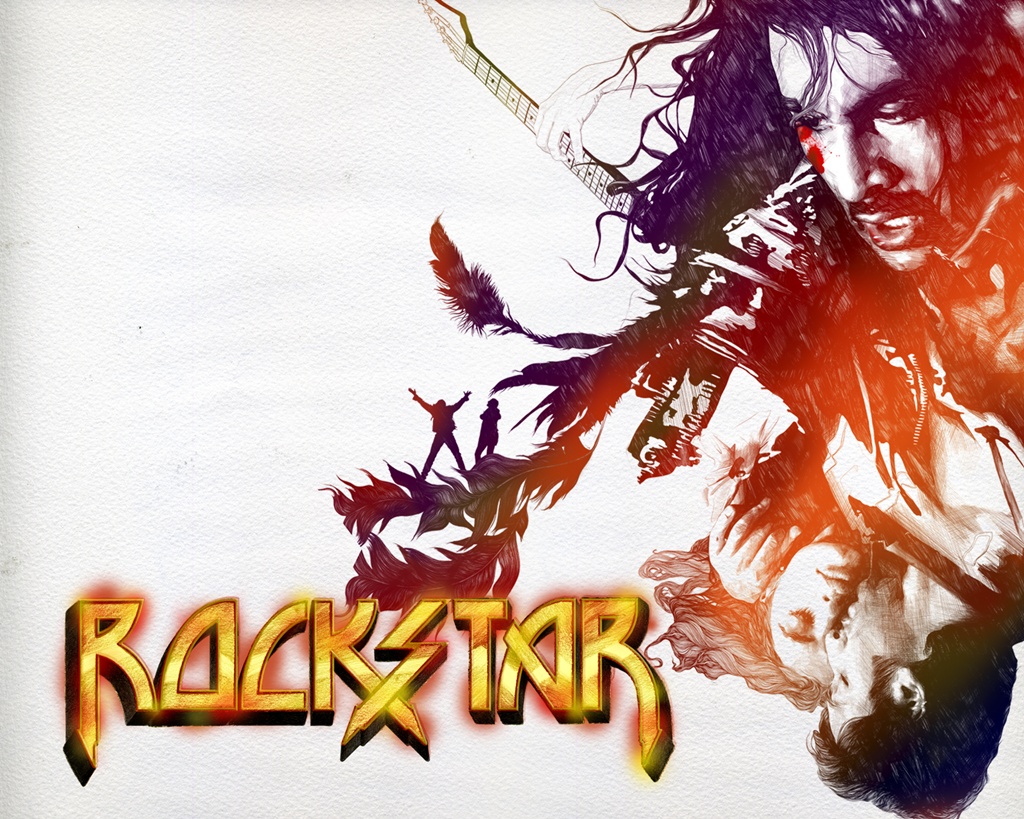 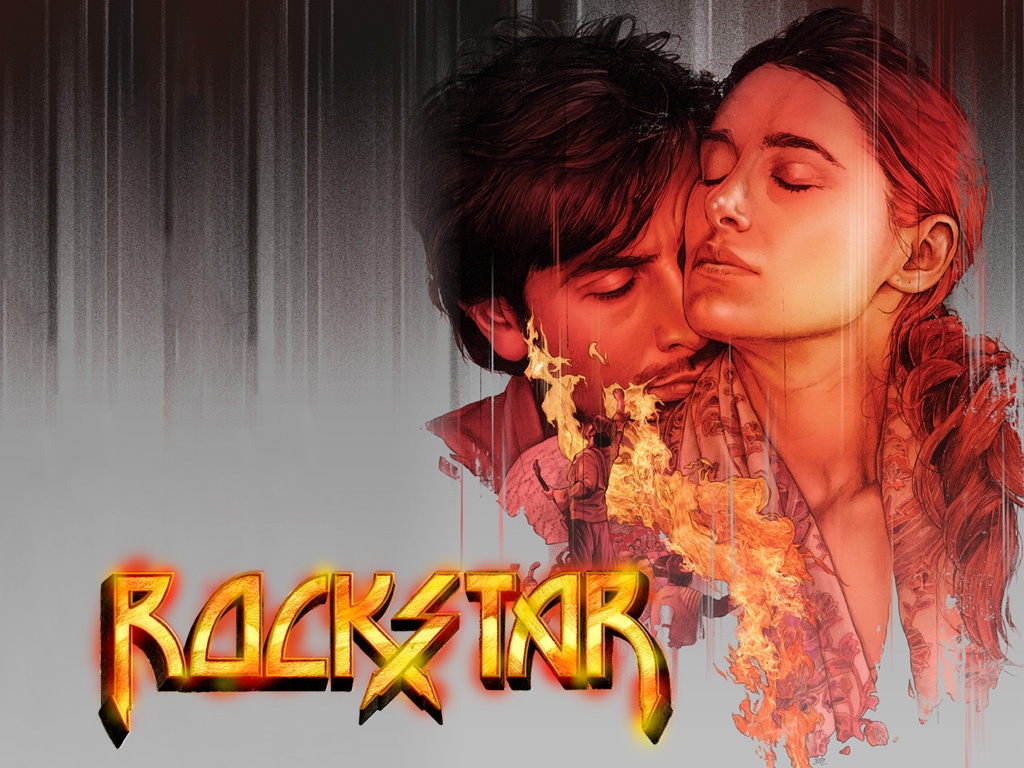 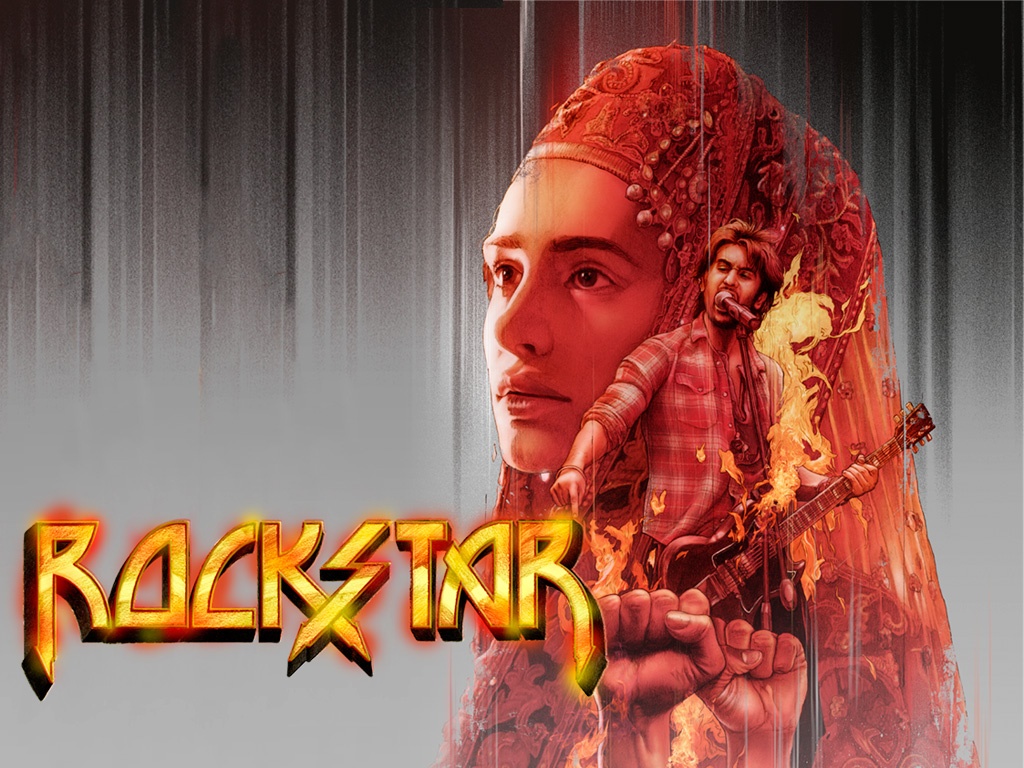 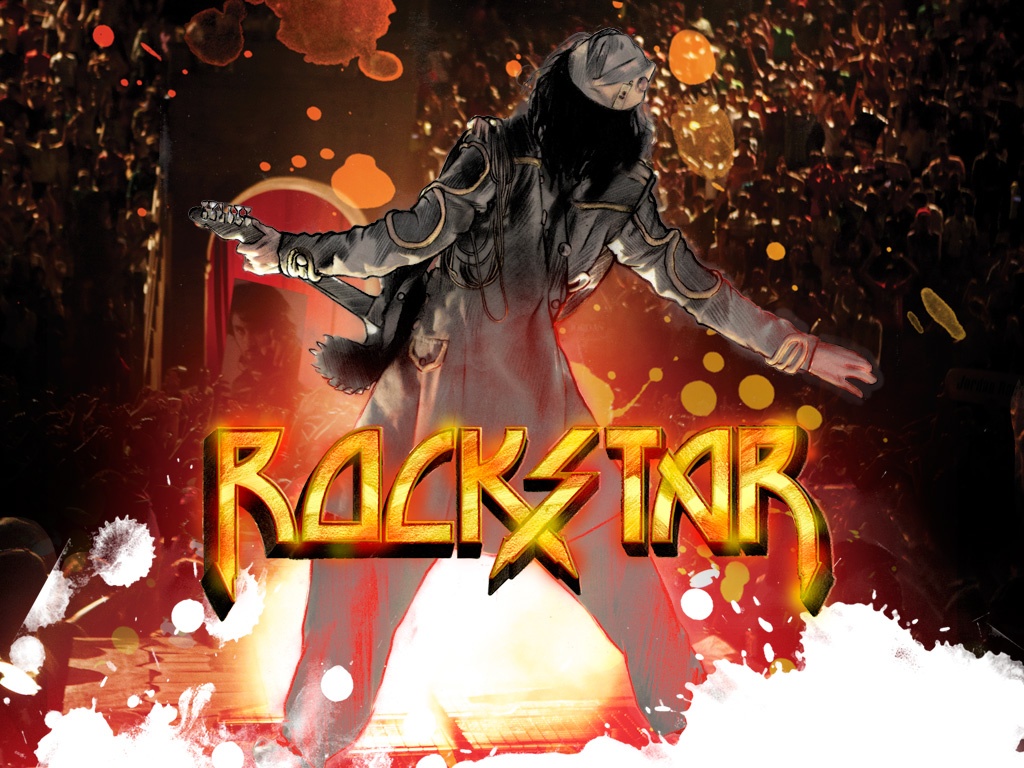