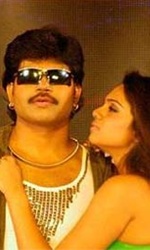 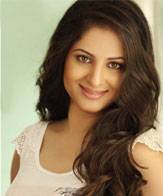 Every other Kannada film that is released these days seems to be a remake. While some of the Kannada films released recently have shown that there is no dearth of creative talent in the industry, the number of remake apologists has been growing.

Vinod Prabhakar`s comeback film Hori too is a remake of the 2002 Malayalam blockbuster Meesa Madhavan.

The original Malayalam film, directed by actor-director Lal Jose, catapulted its hero Dileep into superstardom. Its comedy sequences are still popular on YouTube.

The Kannada remake has been made with certain changes, with a focus on the action sequences, though majority of comedy portions have been retained.

To give credit where it`s due, it has to be said that Hori is an enjoyable fare, despite its shift of focus to action and the overacting by Doddanna, who plays the role of Sahukara Sidda.

Even the two heroines fail to make any impression. The dialogues lack the wittiness seen in the original film. But the surprise element of the film is Vinod Prabhakar, who really makes a mark in the action and comedy sequences.

Yes, he has imitated his father Tiger Prabhakar`s dialogue delivery, which can bring back memories of the late Tiger`s style, but he has managed to carry the responsibility of essaying a challenging role quite effectively. He clearly proves that he can be used in the toughest of action sequences.

Technically too, the film does not attain the standards seen in the contemporary Kannada film scene. The background music is good, though the same can hardly be said about the song compositions.

The strength of the original film was the way commercial elements were packaged. Despite its duration of 165 minutes, quite acceptable at the time of its release, the film had engaged the audience very well. But the remake lacks this quality.

Krishna is a village thief, who is also known for his Robin Hood style benevolence. Krishna`s positive attitude and sense of humour attracts Radha, the daughter of a police constable.

But Radha`s father arranges his daughter`s marriage with a rich man in the neighbourhood. Krishna then uses his tact to get the constable`s house documents pledged to money lender Siddappa.

Even Krishna`s father`s property has been mortgaged to the cunning and cruel loan shark, whose daughter Rukmini and Krishna have always been quarrelling with each other.

However, both of them fall in love, which angers Siddappa, who tries to separate them through his wicked ways. But Krishna uses his guile to overcome all obstacles created by Siddappa to marry his love Rukmini.

Vinod Prabhakar steals the show with his overall performance, but he should also take care of his weight. Delhi girl Gowri Munjal could have been better in a role which offered lot of opportunities. Rumaneethu has a small role, but she is good only in the song sequence.

Hori is an enjoyable film despite its flaws. Worth a dekko.