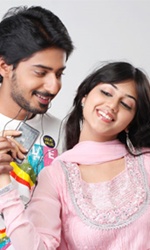 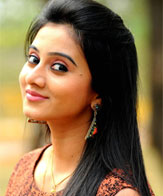 "Murali Meets Meera" takes you through the happy and tumultuous times of two major characters Murali and Meera who undergo diverse experiences in life.

What makes the film appealing is the way the film`s director Mahesh Rao focuses on the feelings and emotions of the two characters who meet accidentally in the beginning but in the end feel that it is inevitable for them to remain together.

The whole story happens in one night and strikes a positive note at the wee hours of early dawn. The story starts off with Murali`s journey as he is determined to commit suicide due to a dejection in love.

He meets an innocent looking Meera who embarasses him with many of her gaffes and childish pranks. But as the film moves on he tells his past to Meera who empathises with him.

Slowly, Meera makes Murali realise that there is no point in brooding over the past and he should put a step forward. But later on Meera also reveals her past which shocks Murali.

By this time Murali has decided to marry Meera and tells her to accept his request to marry him.

The highlight of the film is the climax and the sequences leading to it. Mahesh Rao has succeeded in narrating this important part of the film quite well.

The whole climax sequence is gripping and even touching. The dialogues written by Shankar Billemane and Mahesh himself stands out in the last few reels of the film.

Though the film has been made with a tighter budget, Mahesh Rao has been able to create a big impact with his absorbing narration in the second half. Two songs have been well picturised and composed.

The film looks realistic and natural. The audience are sure to get a feeling that they have come across characters like Murali and Meera in their life and many incidents in the film have been part of their life before.

The film also drags in the first half and the beginning of the second half. Since the film makes a big impact in the climax, its negative points can be overlooked.

The director has chosen the cast perfectly and the three young artists have shown lot of earnestness in their performances.

Prajwal has several sequences to prove that he has improved as an actor and he has used the opportunity to the best of his ability.

Reema Worah perfectly suits for the role and her dazzling performance strengthens the believability factor in the story.

Harshika Poonachcha comes out good in a cute role. Sharan`s comedy is also quite absorbing.

Jai Anand`s camera work is competent, while Abhiman Roy`s effective background score heightens the quality of the film. "Murali Meets Meera" is a sincere and honest effort by the film`s entire artists and technicians.