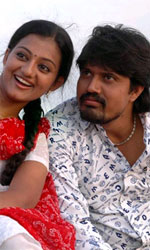 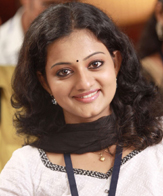 Zindagi, which bears a Hindi title, revolves around an obsessive lover who is ready to do anything to get his ladylove. This theme has been done to death on the big screen.

Zindagi is woefully pathetic and the script and the narration are so distressing that the film tortures you from the very first scene. Every thing, starting from the script, looks totally illogical. Director Mugil seems to have underestimated the sensibilities of the viewers.

Another flaw is that lead actors are miscast. It is surprising that Lokesh, who made a promising debut as a producer with blockbuster film Duniya last year, has failed to make an engaging product of his second venture.

This is Mugil`s second film. His directorial debut was Phatinga, which is yet to see the light of the day.

The director, who has also scripted it, has penned down a torturous, morbid and shoddy screenplay. His direction is equally bad and the film was not edited properly either.

The editor could have managed to salvage the film with some crisp editing, but the film does not show any evidence of competent work. The so-called comedy sequences in the film are of poor taste. The song sequences are totally out of sync.

The story revolves around three main characters, Seenu an uneducated villager, Sharmi, a social activist and police officer Shaam. Seenu runs away from his village to avoid being married to his relative.

In the city, he meets Sharmi. After a sequence of events they become friends and gradually Seenu falls in love with Sharmi. But all hell breaks loose when Seenu finds out that the girl he is in love with is engaged to Shaam.

Rajeev and Priyanka fail to deliver and look exhausted in most of the sequences. And all the other artists look fatigued except Kishore, who has acted well. But his performance has failed to save the film.

Music director Mysore Mohan, who has made a comeback with the film after a gap of more than two decades, too fails to impress with his tunes. However, cameraman Mallikarjuna`s work is passable.

It is a sheer waste of time to watch a film like Zindagi.