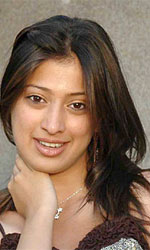 A guy living in a Bangalore slum is always at crossroads with a neighbourhood rich guy. And both of them fall in love with the same girl. But the girl, sister of a don, chooses the poorer man - the story may sound interesting, but the film Minchina Ota is not.

Made in 1971, Spielberg`s Duel was a taut thriller and received special praise for its edge of the seat narration. But the commercial elements in Minchina Ota have failed to gel with the action scenes.

Except for a few moments of excitement in the second half, the film`s narration is not fast-paced. This is the main drawback of the movie.

Director M.R. Ramesh, who had earlier shown a lot of promise in award-winning films like Cyanide, has disappointed fans by dishing out such an ordinary fare.

He has failed to deliver what he had promised before the film`s release. Despite receiving good support from music director V. Manohar and cinematographer P. Rajan, Ramesh has not tuned his script properly.

Another drawback is that the director has included too many elements in the film. And the so-called sentimental sequences in the first half featuring Umashri and Rangayana Raghu clearly become a testing ground for patience.

Vijaya Raghavendra and his brother Sree Murali have acted with conviction, but what can they do if they don`t have a good script to back them.

Lakshmi Rai does not have ample opportunities to prove her talent, but she looks good on screen. Veteran artistes Rangayana Raghu and Umashri have over-acted in their respective roles.

Suman and Rahul Roy play villains in the film.