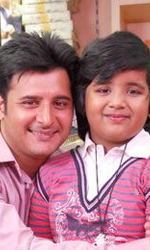 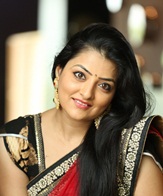 "Appu and Pappu" is one of those films that should be watched and enjoyed but one should not expect it to be logical all the time.

The film producer Soundarya Jagadish`s son Snehith plays an important role of a boy who unites his warring parents. The story seems to have been designed primarily to entertain kids and is based on a loosely-knit script.

The film`s major attraction, however, is the presence of an orangutan, which keeps the children in splits all the time. The animal`s antics are certainly enjoyable, though many sequences have been stretched unnecessarily.

The film is also high on its technical content with superb cinematography and graphics, ading value to it.

All the sequences featuring the child artist and the orangutan are enjoyable. But the last 15-20 minutes of the movie are especially well crafted.

Cameraman S. Krishna has captured Cambodia very well with his top angles and neat frames. Two songs of the film are catchy.

However, director Anantha Raju could have added more entertaining elements to make the film even more enjoyable. The script, like said earlier, is very weak.

Another minus point is that since Anantha Raju knew his film would largely appeal to children, he should have avoided some violent scenes that might be unpalatable to children and could irk some parents.

In the movie, Appu is brought up by his single mother. He wants to know about his father, but his mother does not want to reveal anything about him. Appu`s grandfather, however, tells him that his father now works in Cambodia as a manager in a big hotel.

Now Appu wants to meet his father and an opportunity strikes when his mother has to go to Cambodia on work. Appu accompanies his mother but on the way, his bag gets exchanged. And a group of goons are on Appu`s trail to get a pen drive that has some vital yet dangerous information.

One of the criminals engages an orangutan to steal the pen drive. But Appu becomes friendly with the orangutan and even saves it from impending danger.

How Appu reunites his parents in the process with the help of the orangutan and also saves the country from the ulterior designs of villains forms the rest of the story.

Child actor Snehith steals the show with his performance.

Jennifer shines in a brief role, while Komal and Raju Thalikote add to the entertainment quotient with their antics.

Rangayana Raghu has given a neat performance. Rekha and Abbas also do justice as Appu`s parents.

Take your children to watch "Appu and Pappu". They are sure to enjoy it.