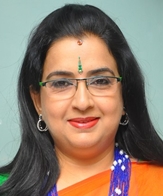 Well-known Tamil film director V. Sekar makes his debut in Kannada films with "Hendtheera Darbar", a remake of his Tamil film "Varavu Ettana Selavu Paththana" that he made about 15 years ago. Many of Sekar`s films like "Kalam Mari Pochchu" and "Koodi Valndal Kodi Nanami" have been remade in Kannada earlier and they received mixed response at the box office.

But Sekar, who has been completely sidelined in the Tamil film industry, moved to the Kannada film industry to make masala mixes that made him a successful director a decade ago. But the situation has changed in the Kannada cinema as well as the audiences now want to see fresh and innovative stories.

Sekar has not tried to make any changes in the Kannada remake. As a result, "Hendtheera Darbar" looks old and weak.

"Hendtheera Darbar" fails mainly because Sekar has failed to understand the pulse of the present day Kannada film audiences. He has just jumped to the bandwagon without analysing the trends in the industry where captivating visuals, good music and a feel good story have always been welcomed.

Sekar should understand that the Kannada audiences do not enjoy crude and cheap comedy sequences.

Producer G.R. has to be equally blamed as plays an important role in "Hendtheera Darbar", but his atrocious performance and irritating dialogue delivery spoil the film. He has also dubbed his dialogue in his own voice and the heavy Tamil accent is not appreciated.

"Hendtheera Darbar" starts at a slow pace and every sequence is predictable. The film comes to life only in the last 30 minutes. Ramesh and Meena`s performance will appeal in the last few sequences.

The comedy of Sadhu Kokila and Rangayana Raghu may appeal to front benchers, but the so-called mass audiences have already moved from the family oriented films.

The story goes like this - Shivarama, an honest government employee, leads a simple life with his wife Radha and two children. He finds it difficult to make both ends meet. Problems starts when gets a new neighbour, Narasimha whose lavish life style influences Radha and she tries to ape him by buys luxurious items on instalments.

This puts pressure on Shivarama`s family. Then Radha insists on sending her children to convent school and Shivarama is forced to take a loan from his office peon who actually frames him. Soon Shivarama is trapped by the Lok Ayukta and loses his job.

Later he joins a wine company, owned by a corrupt legislator and his life changes for the better. Shivarama becomes the legislator`s blue-eyed boy because of his loyalty and hard work.

Shivarama`s life style changes, but it leads to tension in the family. Finally, the legislator`s double game is exposed and then both Shivarama and his wife decide to adopt their simple life.

Ramesh Arvind does a good job in the second half. Meena, who has made a comeback with the movie, looks convincing in the role.

The award for the worst performance should go to the producer G.R.

Technically, the film is weak. Music is uninspiring.

Totally just an average fare. Go and watch if you do not have any alternative.