We Are Family is a Bollywood - movie directed by Siddharth P Malhotra. Starring Kareena Kapoor,Kajol,Arjun Rampal,. 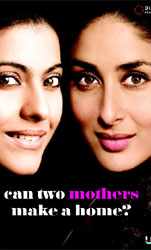 We Are Family Review

`We Are family`, a heartwarming Hindi take on `Stepmom` (Hindi Film Review)

Some films are good to look at. Some feel good at heart. Very few mainstream films manage to look as good on the surface and also capture the heart. "We Are Family" is equally appealing from the outside and at the heart.

It doesn’t take us long into the narration to realize that the debutant director has his own ideas on how urban man-woman relationships work. Siddharth Malhotra brings the traditional compassion and large-heartedness of Sooraj Barjatya’s films into the same line of vision as the urban fables about the man-woman relationship of Gulzar’s "Ijaazat" and Govind Nihalani’s "Drishti". The brew is invigorating and often very very moving in the way movies stopped moving us a long time ago.

The basic premise and even chunks of sequences and dialogues are taken from Chris Columbus’ "Stepmom". Are Kajol and Kareena Kapoor as powerful in portraying the wife and the other woman as Susan Sarandon and Julia Roberts in the original?

What if one says the two divas in the desi "Stepmom" are far more empathetic in their understanding of the complexities of a marriage that has not quite terminated and the alternative relationship which doesn’t know where to go without disrespecting the earlier relationship? Kajol and Kareena share a compelling partnership in portraying a household that’s run by two women.

The intricacies of the triangle are worked out with heartwarming delicacy, so much so that you wonder why the director needed to keep any of elements from the Hollywood film. "We Are Family" takes the "Stepmom" saga to another level. It’s an urban fable told with subtlety and a softness of touch which completely avoids excesses of emotions until the last ostensibly gut-wrenching finale when the narration gets excessively melodramatic.

The rest of the film is remarkably devoid of extravagant emotions even though the situation described and defined by the plot is susceptible to acute bouts of overt emotion. Having three actors who know how to play down the pitch without taking away the edge in the narration surely helps the situation.

Kajol needs absolutely no recommendation. Her transformation from physically healthy but restless in soul, to a dying but spiritually healed entity happens right in front of our eyes. The little-little things she does with her eyes and lips just rips a hole in our soul. Yup, she is one of our all-time greats - without trying. The moments when she watches Shreya (Kareena) take charge of her children and husband find Kajol expressing a mixture of envy and resignation the way only she can.

But it is Kareena Kapoor who is an utter revelation. Never before has she demonstrated such a complete understanding of her character’s inner life. To the role of Kajol’s husband’s girlfriend Kareena brings a rare and reined-in passion. Everything that she has done so far on screen is undone as Kareena redefines the role of the Other Woman in Hindi cinema.

Admirably the 6(!!) screenplay writers have worked overtime on Kareena’s part. She could easily have been the bitch who steals Kajol’s husband away. As written in the script, Kareena comes across as flesh blood tears - and yes, as a woman of great beauty.

Arjun Rampal has been constantly evolving as an actor. Here he balances out the powerhouse performers on both his sides with a deeply felt emotional binding presence. And by the way, he dances better than Kajol and Kareena in the disappointing ‘Jailhouse Rock’ number.

Sensibly, Siddharth Malhotra has avoided the temptation of too many confrontational moments between Kajol and Kareena. We wouldn’t have wanted this tender-sweet look at a shattered family’s attempts to hold the fabric of their togetherness in place to end up looking like one of those T. Rama Rao mera-pati-sirf-mera-hai kitsch-kitsch-hota-hai stale-tales from the 1980s.

"We Are Family" takes the story of a broken marriage to an area of poignancy where the outer edges remain as strong as the inner fabric of the three characters who find themselves trapped in a tragedy not of their making. From the opening birthday sequence where Arjun introduces girlfriend Kareena to his wife and children, with disastrous consequences, the film exercises a high cool-and-calm quotient in its structuring.

At the end, when Siddharth Malhotra has taken the family fable beyond "Stepmom", you suddenly realize it’s been a while since we saw a film about Man, Wife and Other Woman tackle the layers of painful separation and reconciliation with such fluency and care.

Go for this one.

We Are Family Movie News

Karan pleased at Shah Rukh's efforts for 'We Are Family' publicity

Filmmaker Karan Johar is more than pleased that his superstar friend Shah Rukh Khan is going out of his way to promote his latest production "We Are Family" despite not starring in it.Read More

We Are Family Synopsis

Maya (Kajol) is the perfect mother. Her life revolves around her three children, Aleya (Aanchal Munjal), Ankush (Nominath Ginsburg), and Anjali (Diya Sonecha), who think nothing less than the world of her. Despite being divorced from her husband, Aman (Arjun Rampal) Maya has ensured that everything runs smoothly in her house, under her watch, and that they continue to remain a happy family unit. However, when Aman introduces his girlfriend, Shreya (Kareena Kapoor) a career oriented woman, who has a lot to learn about children, to the family, the situation immediately takes an unexpected turn. When an incident changes their lives drastically, bringing the two women under the same roof, they find themselves putting to test an unusual situation; can two mothers make a home?

Forced to make some unorthodox choices for her family, Maya must confront her uneasy equation with Shreya and find a way to bring everyone together, despite their differences, to make them a family once again.

Can they make a happy home and proudly say… WE ARE FAMILY!

We Are Family Poster 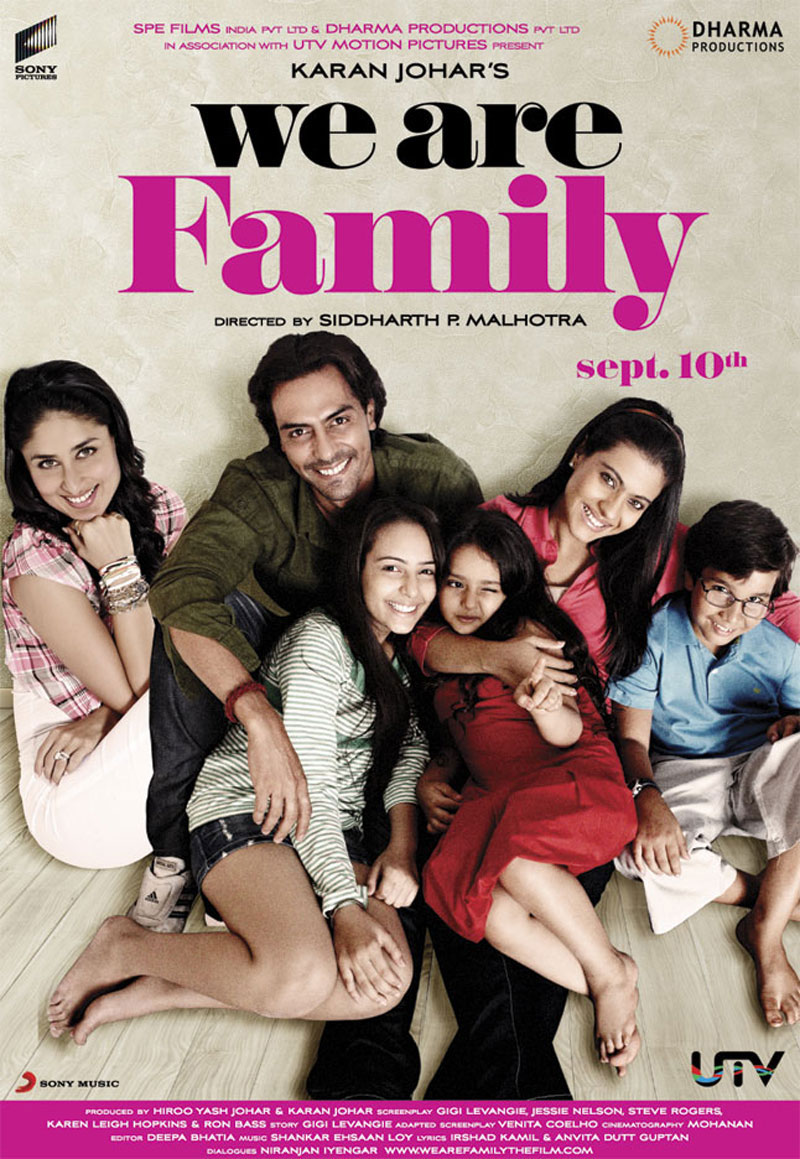 We Are Family Wallpaper 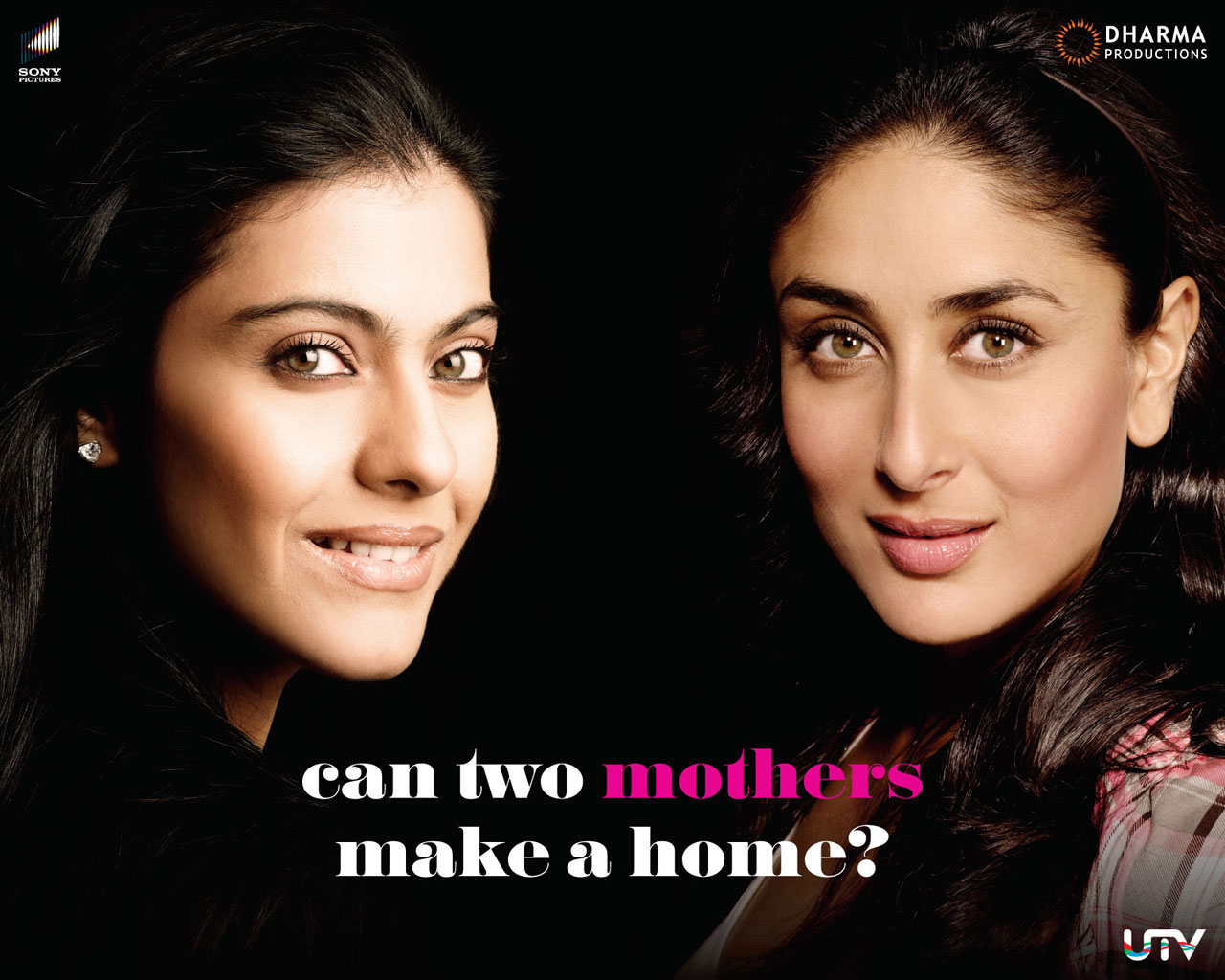 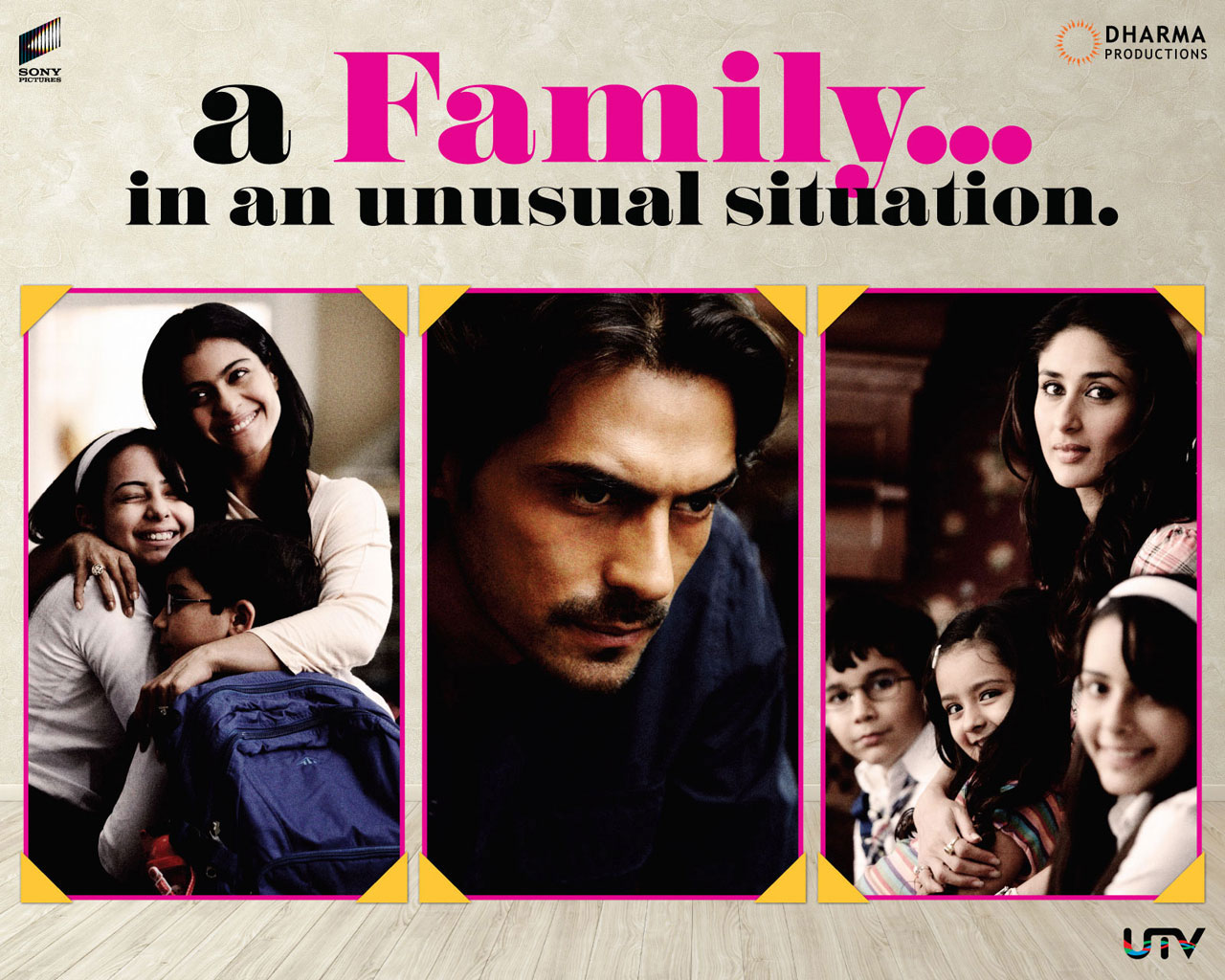 We Are Family Stills

We Are Family trailer

We Are Family Songs