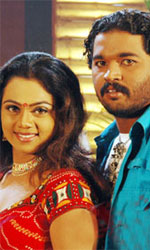 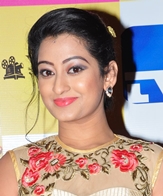 "Jotheyaagi Hithavaagi" is just one more addition to the list of uninspiring films which introduce new artists. Sadly, the film suffers because of the listless performance from newcomers.

"Jotheyaagi Hithavaagi" is H.K. Sreenivas first directorial venture that introduces Chandan. The presence of new talent does not add any freshness to the movie.

Though the veteran artists have tried to salvage the film to an extent, the expressionless Chandan, who has been paired with Tejaswini, pulls the film down each time he appears on screen. This is the major weak point of the movie. Also, the budget constraints have affected the quality of the film.

Another minus point of "Jotheyaagi Hithavaagi" is that it drags too much in the first half. Second half looks a little interesting.

H.K. Sreenivas, who worked with experienced directors like Phani Ramachandra and Mahesh Sukhadhare, shows a little promise as a director in handling a weak story and screenplay by Harish. He managed to get neat performances from other artists, except the lead artists.

Though the story lacks freshness, Sreenivas has certainly managed to package it with lot of commercial elements. As a result, the film that initially seems a mother-son story turns into a love story. And in the second half, it becomes a murder mystery. To strengthen the commercial elements in the film, the director has also included an item number.

The story revolves around Nachiketha and his mother who share a great bond. Nachiketha`s mother has been deserted by her husband at a young age and her life revolves around her -tempered son who is in love with Navya.

But Navya`s father is against their relationship and even tries to use his force to keep the two apart. Later both - Nachiketha`s mother and Navya`s father - are murdered.

The police starts investigating the case and the suspense is unearthed later.

Newcomer Chandan is the main draw back as he is totally unsuitable to play the role. Tejaswini is little better in expressions and looks bubbly, but she also fails to portray her role effectively despite the fact that she is a little more experienced than the hero.

National Award winning actress Thara comes out with a neat performance. The other veteran artists like Jai Jagadish, Ramakrishna and Shankar Aswath have filled the bill.

Drummer Deva, who makes his debut as a music director with the movie, has failed to compose good songs and the background music is also jarring.

Vinod Bharathi`s camera work does not rise above average.

"Jotheyaagi Hithavaagi" ends up as an ordinary fare with no fresh content.