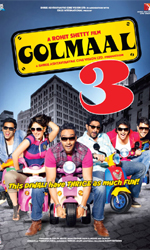 It is touted as the first trilogy of Indian cinema. It`s about time that the distant cousin of Hollywood had one. Yet, what`s important is that Bollywood did not need to have trilogies as one hit film has the habit of spawning a whole generation of films that look and feel like the original. Golmaal 3 also suffers from that syndrome. Thankfully, it only feels like its previous avatars.

Despite retaining most characters from its previous outings, Golmaal 3 enters a hitherto uncharted territory. Madhav (Warsi), Laxman (Khemu) and Lucky (Kapoor) are the three scheming sons of Pritam (Mithun) who manage to lure Vasooli (Mukesh Tiwari) into one scheme after another.

However, as luck would have it, in everything they start, they find competition from three other down-on-their-luck kids Gopal (Ajay Devgn), Laxman (Shreyas Talapade) and Dabbu (Kareena Kapoor) with funding from Puppy bhai (Johnny Lever). Gopal and Laxman are the sons of Geeta (Ratna Pathak Shah).

Inevitably, locking horns they end up destroying each others businesses. What the two groups don`t know is that their parents are unrequited ex-lovers. When Dabbu finds out she schemes and unites the two lovers in a marriage without letting their children know about their step-brothers. All hell breaks loose when they finally find out and a hilarious war engulfs between the two groups right under their parents noses.

Like its predecessors Golmaal 3 has enough laughs going through the film to keep the momentum. Johnny Lever as the Ghajini-style forgetful don who adopts a new filmy avatar every few minutes has the audience in splits. The few spoofs of old Hindi films, full of camera pans and quick zooms, will nostalgically tickle the funny bone. The twists of various popular phrases and known adages, raises more than a chuckle.

Mithun gets to do his Disco Dancer once again. Theatre veteran Ratna Pathak-Shah waltzes through the film with aplomb. Arshad Warsi is his usual tapori self while Shreyas Talapade and Kunal Khemu do a good job. It is however the beefed up Tushar Kapoor who seems to be trying too hard, and despite raising giggles, fails to arouse laughter. In the first part he, looking the most vulnerable, was the funniest of the lot.

Director Rohit Shetty tries his best in merging comic vignettes into one comprehensible film. However, had it not been for the funny dialogues, his lack of directorial verve would have shone out. He is spared the fate by some ingenious dialogue writing by Robin Bhatt (Aashiqui, Sadak, Baazigar) and Yunus Sajawal.

Now that Bollywood finally has a trilogy, will it please also make one that also has some real standing in the world of cinema?

Actor Shreyas Talpade, who played Laxman with a stammering problem in "Golmaal 3", says his character in "Golmaal Again" will not stammer, but there will another "quirk".Read More

India`s first ever trilogy Golmaal 3 highlights the story of hatred between two bunch of siblings within a family. One of nature`s masterpieces, this is a family that eats together, prays together, lives together and a family `that can`t stand each other`.

This quirky unique family will certainly deliver you with some rib tickling moments, ageless romance and some heart warming scenes. A beautiful journey full of madness, love and excitement.

A film with the perfect blend of just every emotion that will set in your heart with thrice the fun, thrice the magic, and thrice the laughter. 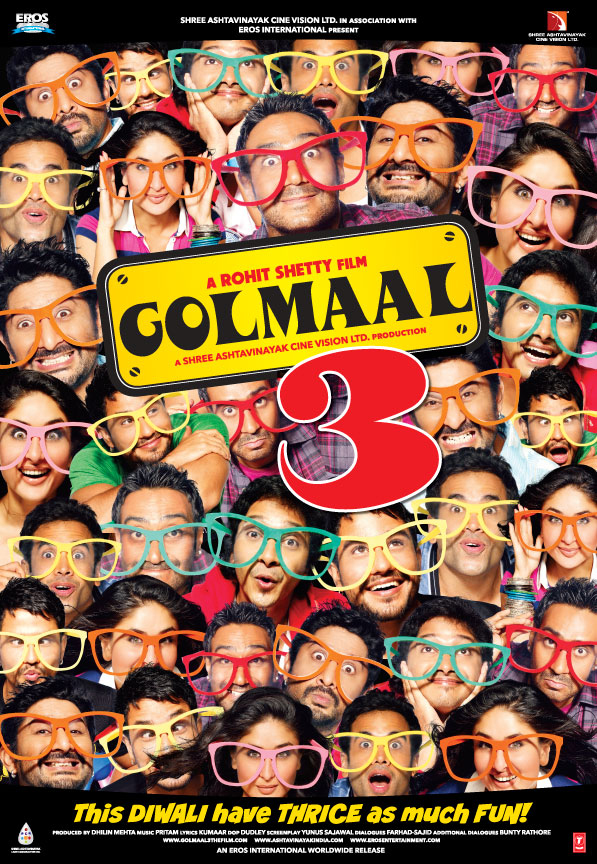 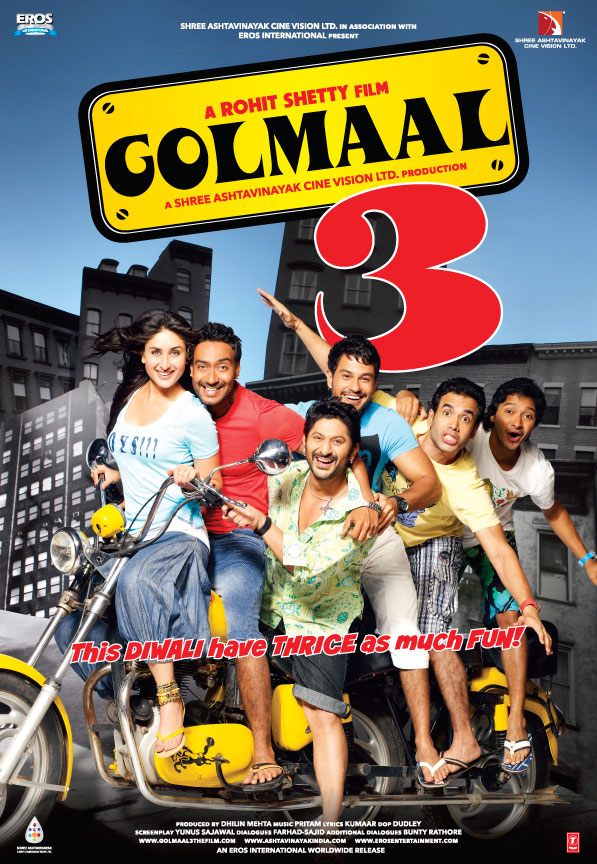 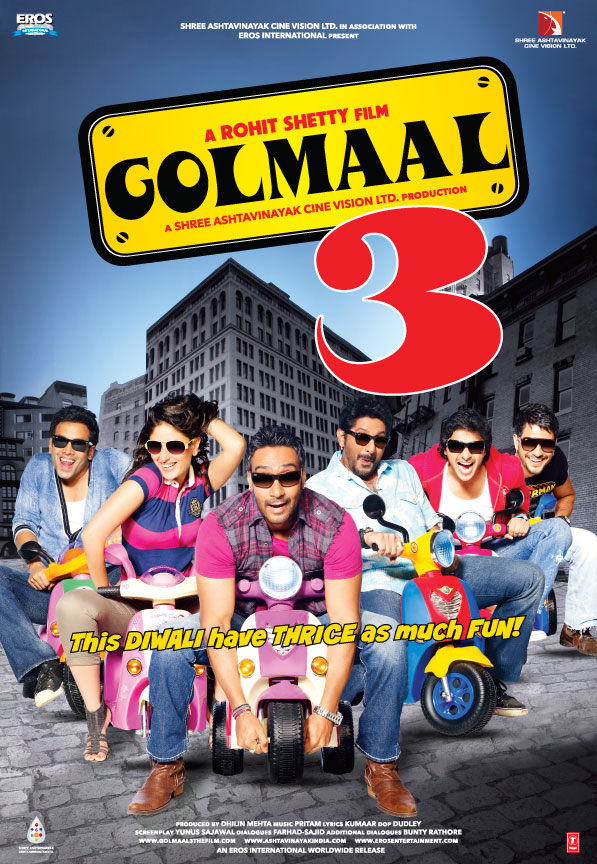 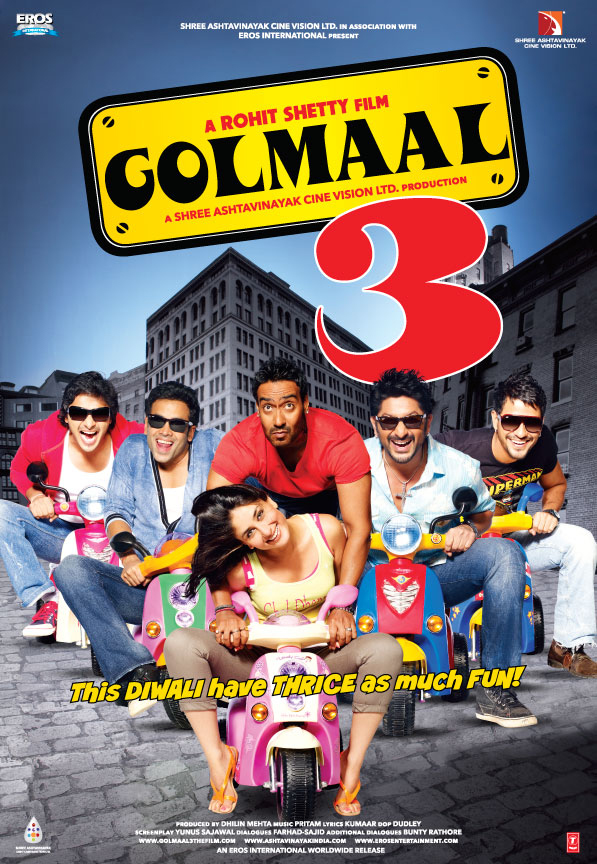 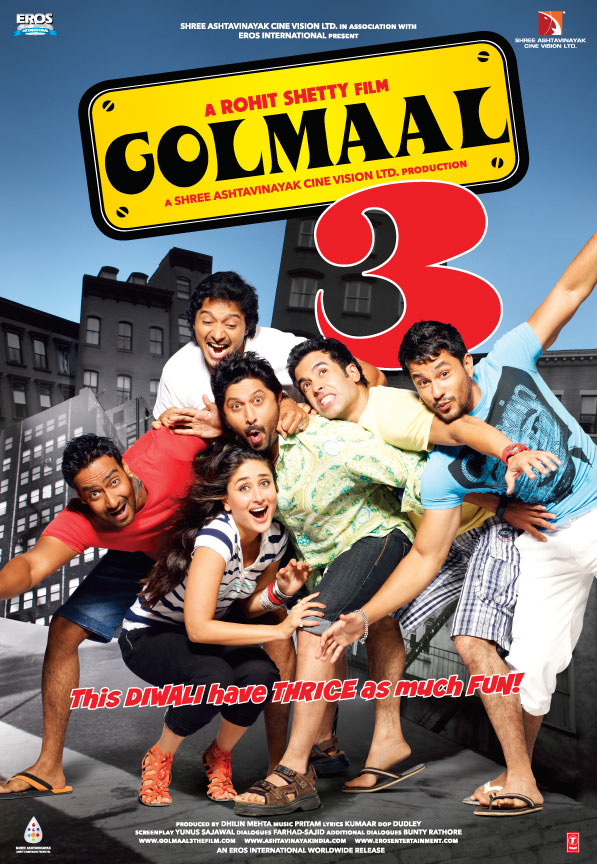 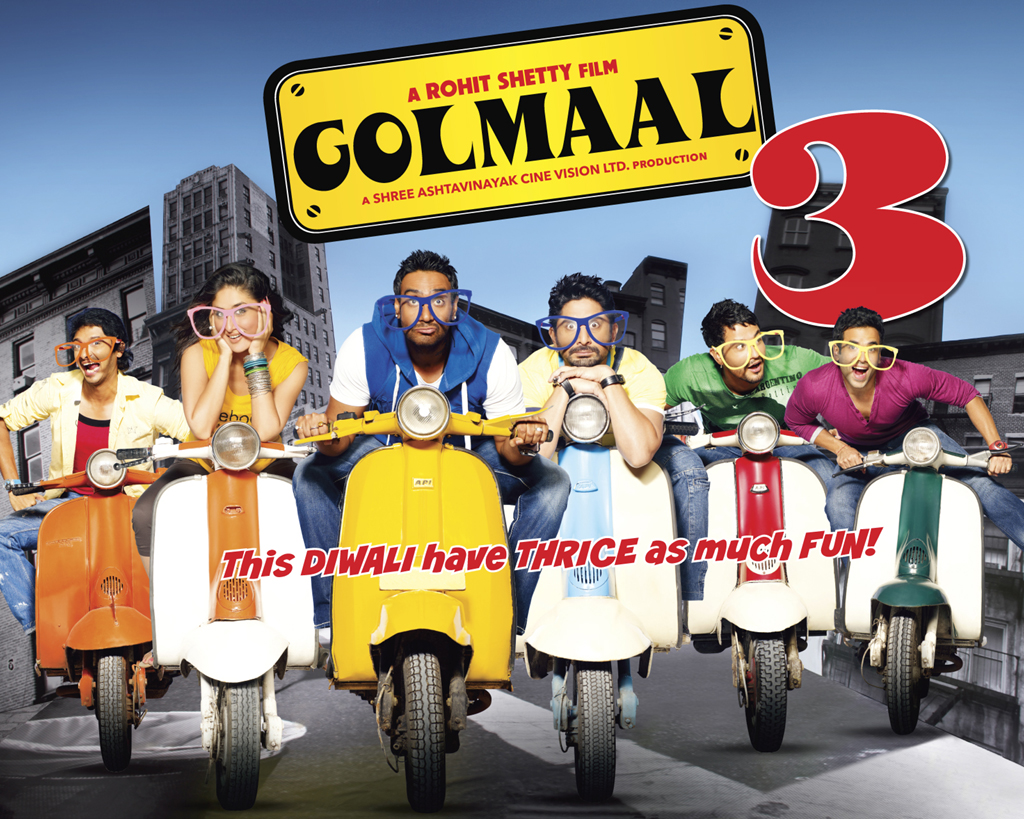 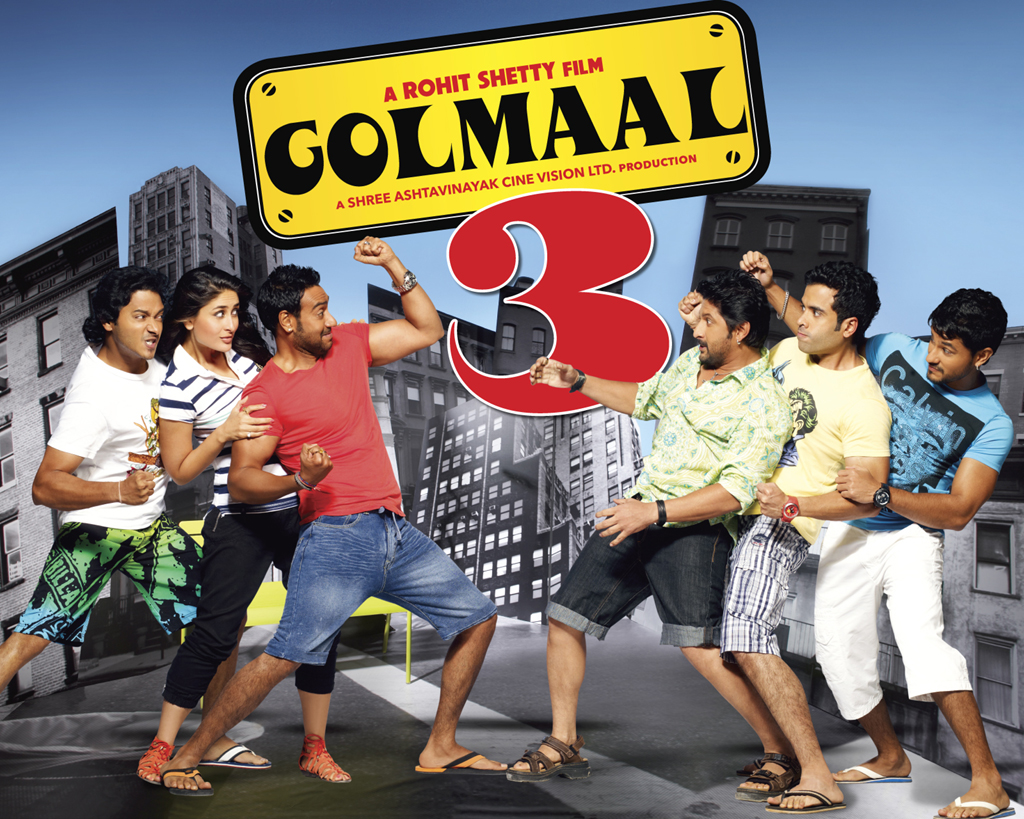 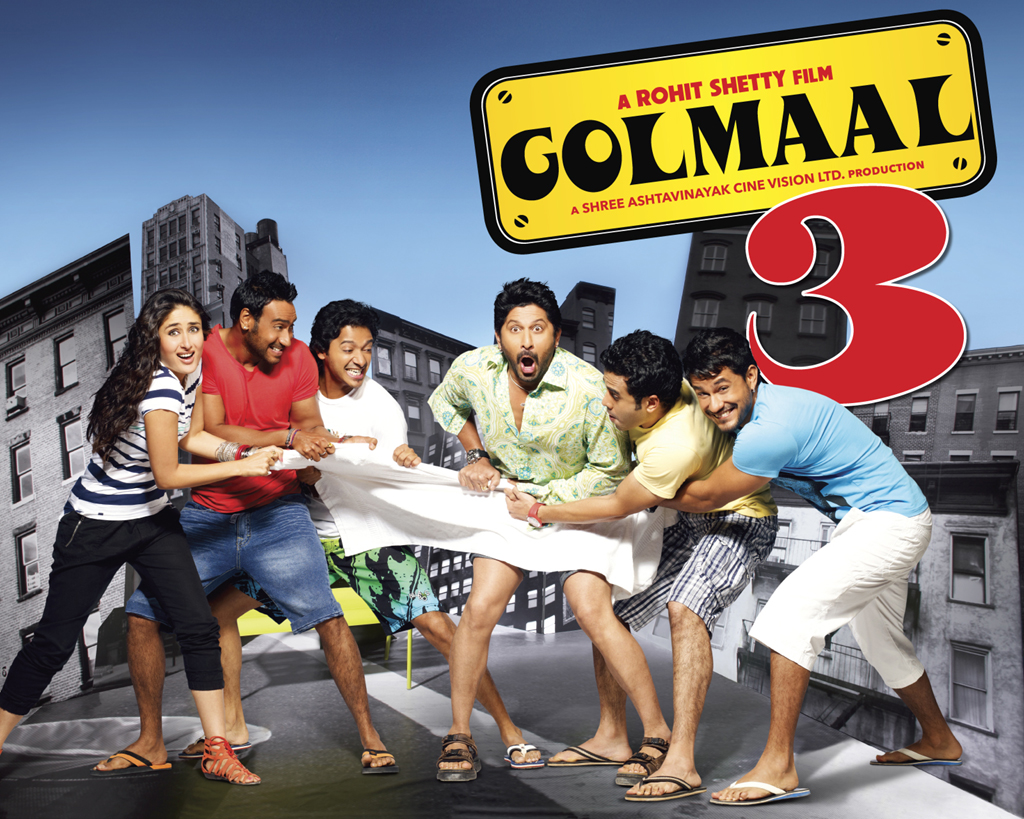 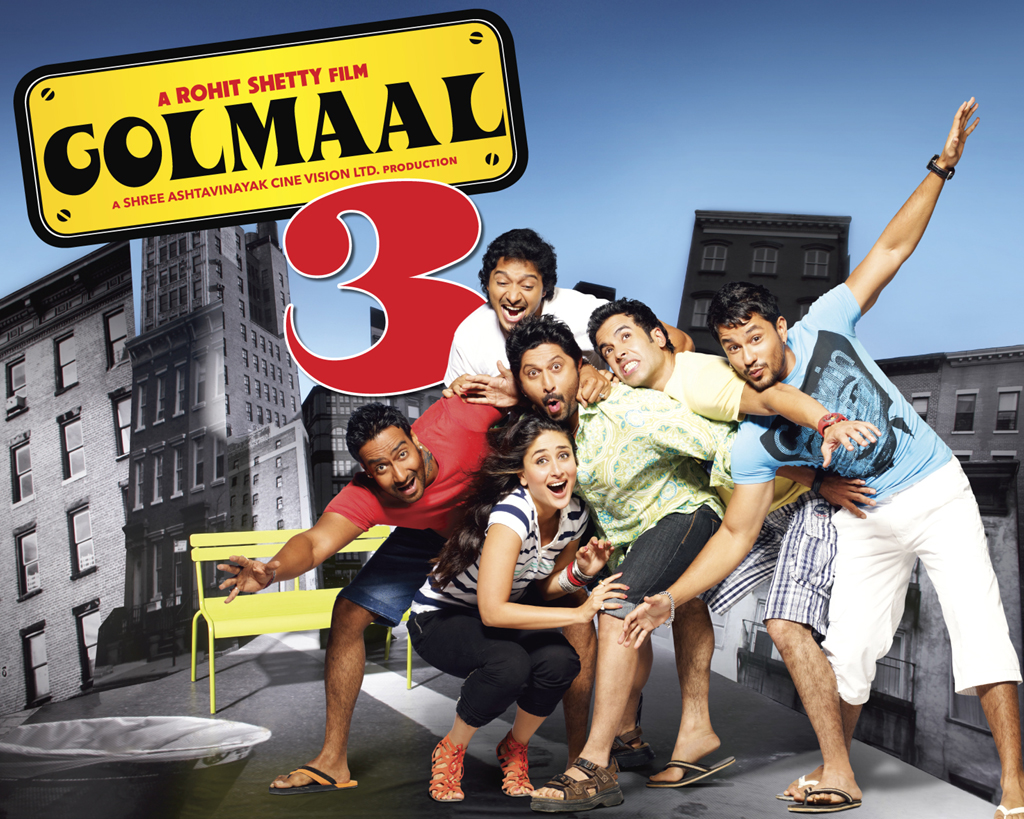 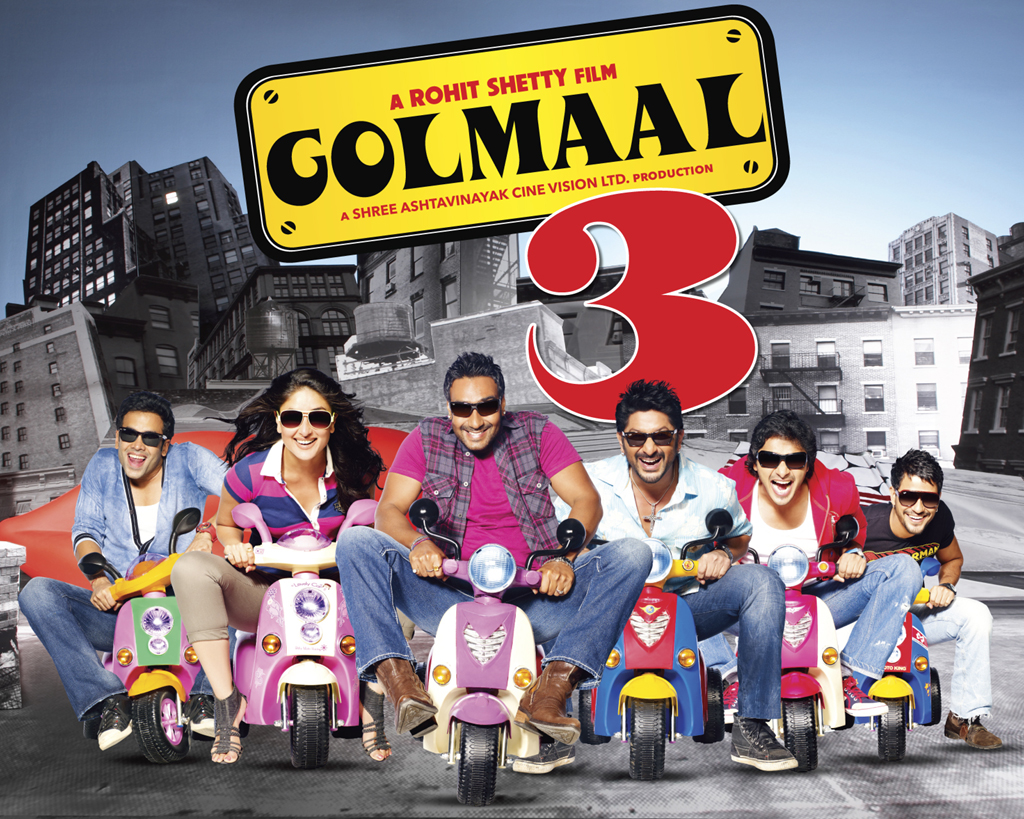 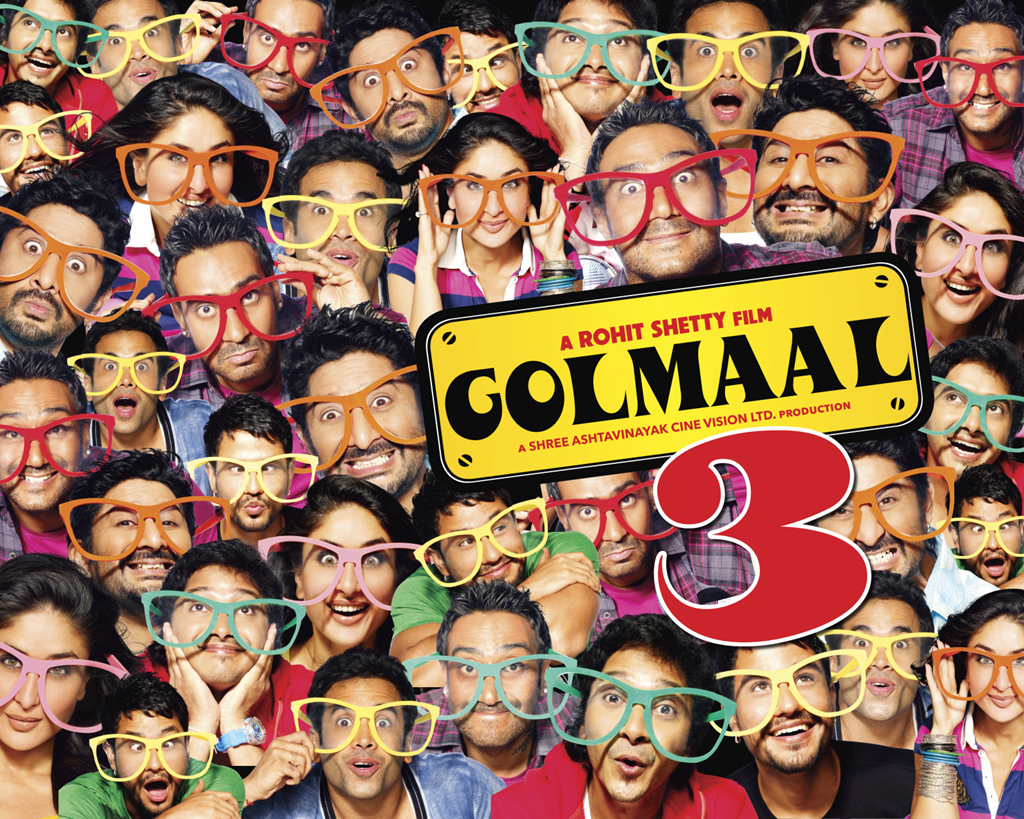