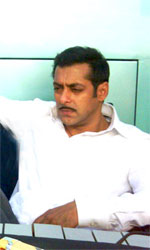 So here it is. A new genre of cinema. The Spaghetti Eastern. The velocity is virulent. The violence is relentless. The narrative doesn`t pause for action. It is between bouts of the violence that characters take a breather to say things to one another that they don`t really mean.

This then is "Dabangg". A world swarming with uni-dimensional characters who seem to know exactly which way the fists fly. We certainly don`t. The comic book hero Chulbul Pandey, played with lip smacking pleasure by Salman Khan, shows up in every dingy warehouse in this mofussil town to settle scores, man to man.

"Dabangg" is the kind of oldfashioned family drama combined with a vendetta saga that we thought had gone out of fashion in the 1980s. Chulbul Pandey could have been played by Amitabh Bachchan 30 years ago. Yes, that killing comic dimension that Salman brings into his characters has its roots in the Big B`s action-comedy films.

And Dimple Kapadia, wheezing, coughing, groaning and ranting her way through the mother`s role (what got into Dimple???) hams her way through this action drama where being opulently outrageous comes naturally to everyone.

But all said and damned, there is something to be said about Salman`s Chulbul Pandey`s ability to be cartoonish, caricatural and larger than life and yet warm and very real in his tongue-in-cheek bravura.

Some of the less over-punctuated moments in this film of ceaseless bone-crunching sound-effects occur each time Chulbul woos his bulbul Rajjo (debutant Sonakshi Sinha). Each time she passes by Salman becomes putty in her hands. The debutante has eyes that plead for peace. But who`s listening? The raucous riotous soundtrack is slave only to the rhythm of blood gore and screams of innumerable goons crashing through wooden supports that have seen better days.

The action sequences are the backbone of this bone-breaking actioner. The stunts are done in an enticing mix of masti and mayhem. The crusted dusty-brown unwashed ambience is created with care. But the plot is almost completely free of delicate moments.

"Dabangg" is Ram Gopal Varma`s "Shool" on steroids. In "Shool" Manoj Bajpai was the honest cop on a cleansing spree in a Bihari backwater town. In "Dabangg" Salman takes on the mofussil mafia with much more humour than Bajpai could muster.

It is the need of the hour. We have to laugh away the corruption and violence all around us. Salman does a splendid job of it. It`s hard to tell where debutant director Abhinav Kashyap`s abilities end and the action director Vijayan Master begin. That seamless quality goes well with this unpunctuated tribute to the spirit of free-for-all one-upmanship.

An ear-catching music score by Sajid-Wajid does diminish the level of violence in the presentation. Sonakshi Sinha uses her eyes beautifully. And the song "Tere mast mast do nayan" describes her eloquent expressions well.

But this is a Salman Khan vehicle all the way. He gets to be funny, wicked and belligerent... sometimes all at once. Sonu Sood as the main antagonist brings an in-your-face menace to his villainy.

He is in character. Though Salman slips out of character quite often.

Looking forward to pair up with Aditya for first time: Sonakshi

Actress Sonakshi Sinha, who is a part of Dharma Productions' epic drama "Kalank", says she is super excited to work with an ensemble cast and is looking forward to team up with Aditya Roy Kapur for the first time.Sonakshi spoke about this at a fashion event organised by veteran actress and activist Shabana Azmi's Mijwan Welfare Society.Read More

I do not want to be sheltered from dangers.want to be fearless while facing them Dabangg means fearless.

But even the most fearless at times face a tough fight with their innermost demons, Chulbul has had a bitter childhood. His father passed away when he has very young after which his mother Naini (Dimple Kapadia) married Prajapati Pandey (Vinod Khanna). Together, they had a son Makhanchan (Arbaz Khan)

Rajo(Sonakhi Sinhaa) with her unique perspective of life enters his world and turns i upside down. Chulbul starts to see life more positively and also gets sensitized to the value of a family.

But his detractors especially the dubious Cheddi Singh (Sone Sood) have their own vested intersts and emerge as spoken in the wheel, putting one brother against the other. Makhanchcan ends up carrying out acts oblivious to the consequences. When he realizes he has been used, he turns to Chulbi. Will Chulbul take his extended hand? Will the brothers be able to thwart their detractors?

Will this time, Chulbul`s fearlessness channeliz itself positively and reunite him with his family Dabangg is a hard- hitting, entertaining, emotional narrative that unfolds grippingly in region that had place only for the fearless. 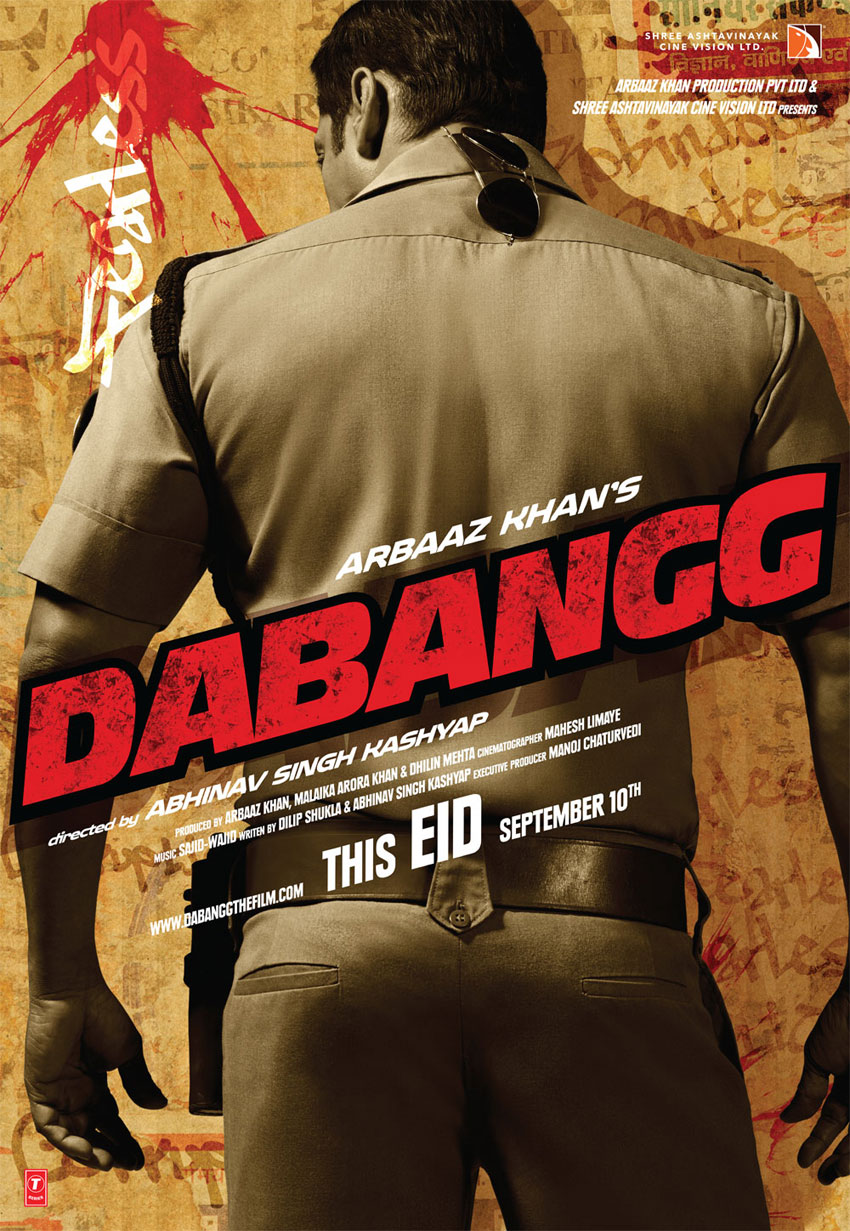 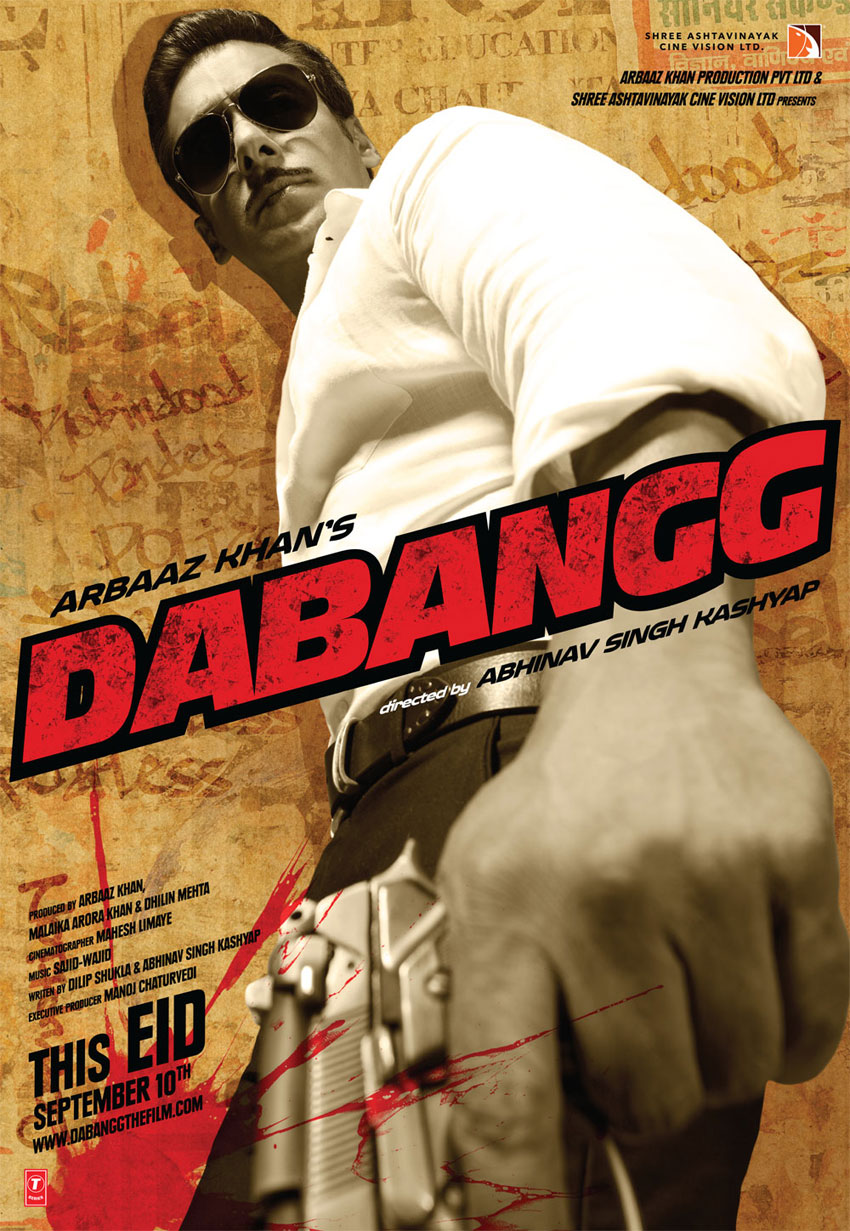 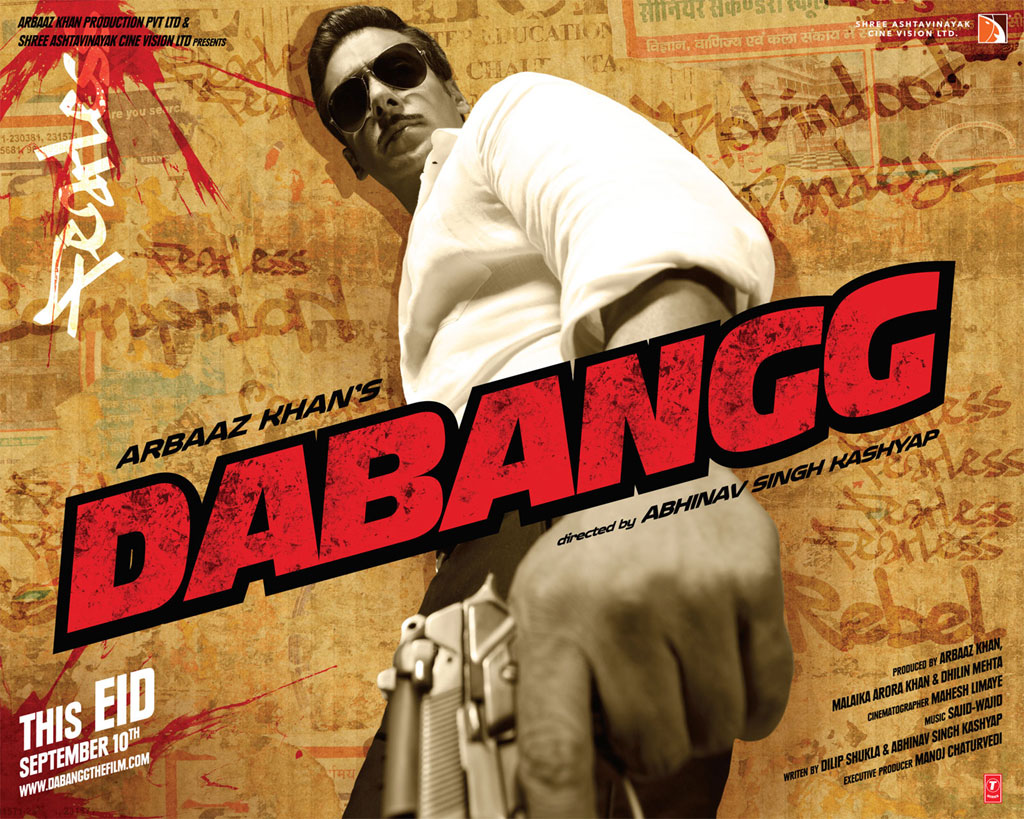