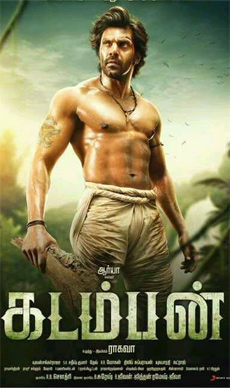 Actress Catherine Tresa says she likes to do roles that push her potential as an artist and proof of it is her character of a village girl in Tamil forest-based actioner "Kadamban".Read More

Director Raghava says actor Arya, who plays a Tarzan-like character in upcoming Tamil rural actioner "Kadamban", went all out to perform action without a body double in the film.Read More