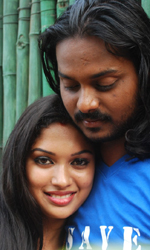 The second venture of the Director J.M.Issack, who has made a Guinness record of the longest single shot uncut film `AGADAM`, is 'LAARA'. This film casts new face Hari, Sri Priyanka, Lakshmi Kiran, Ganesh, Chandru, Vignesh , Sethan, Sibi, Katpadi Shanmugam and others.

With a mix of love, comedy and thriller, the story of the film revolves around a director, who handles different set of films, come to a lonely place to write a story. Having suspicious on him, his wife also joins him. Whenever the director starts writing a storyline, he faces some trouble. Until Climax, he is unable to write the story. When he searches the cause for the trouble, he gets a shocking information. That information itself gives him the story. This also resolves his wife`s doubt.