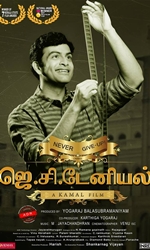 Celluloid tells the tale of J. C. Daniel (Prithviraj) and his love for cinema. He goes to great lengths to get the equipment required to make a movie, writing numerous letters, visiting places and meeting Dada Saheb Phalke-the man who brought cinema to India. Getting a female artiste to act in his movie was a tough task. It is decided that Rosamma, rechristened later as Rosie (Chandini), will essay the lead role in J. C. Daniel's revolutionary 'motion picture' venture, Vigathakumaran, the story of which J. C. Daniel himself conceived. He sells everything to make his dream a reality, further borrowing money to meet the expenses. When finally Vigathakumaran is screened at Capitol Theatre, a 'cinemapura', the upper caste members of the audience creates a ruckus over a lower caste girl acting as a Nair lady. Rosie, hunted by the Madambis leaves town never to be seen again. Years later, the shrivelled, poverty ridden Daniel, with only his wife Janet (Mamta Mohandas) by his side, is leading a life far removed from what he had envisaged. Chelangatt Gopalakrishnan's (Sreenivasan) interest in Daniel's life, his efforts to give him his due and the flashbacks to the incidents in Daniel's life after Vigathakumaran form the rest of the movie. 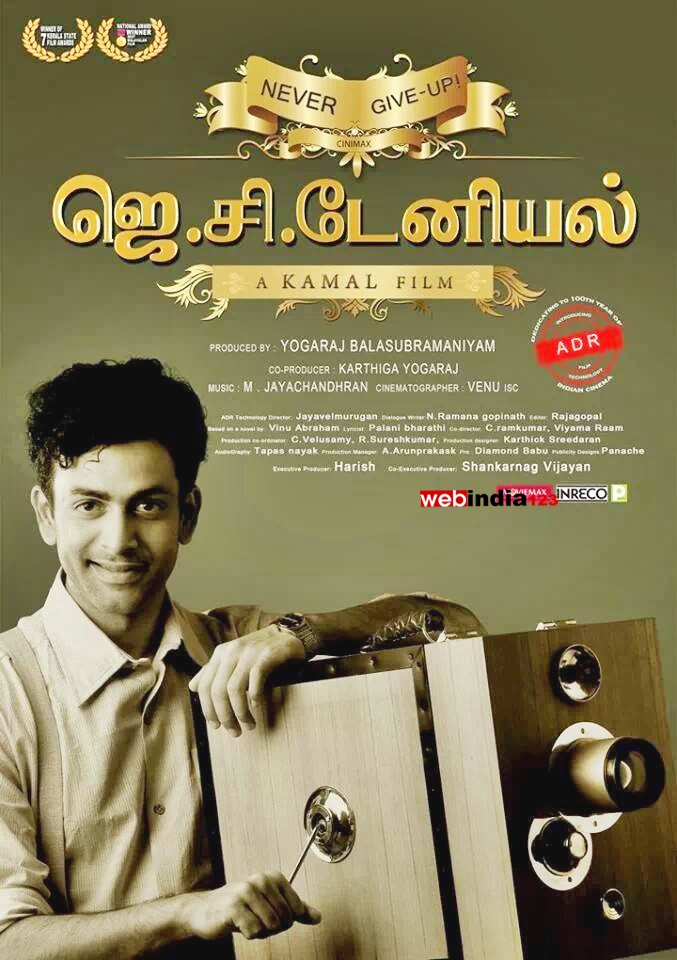 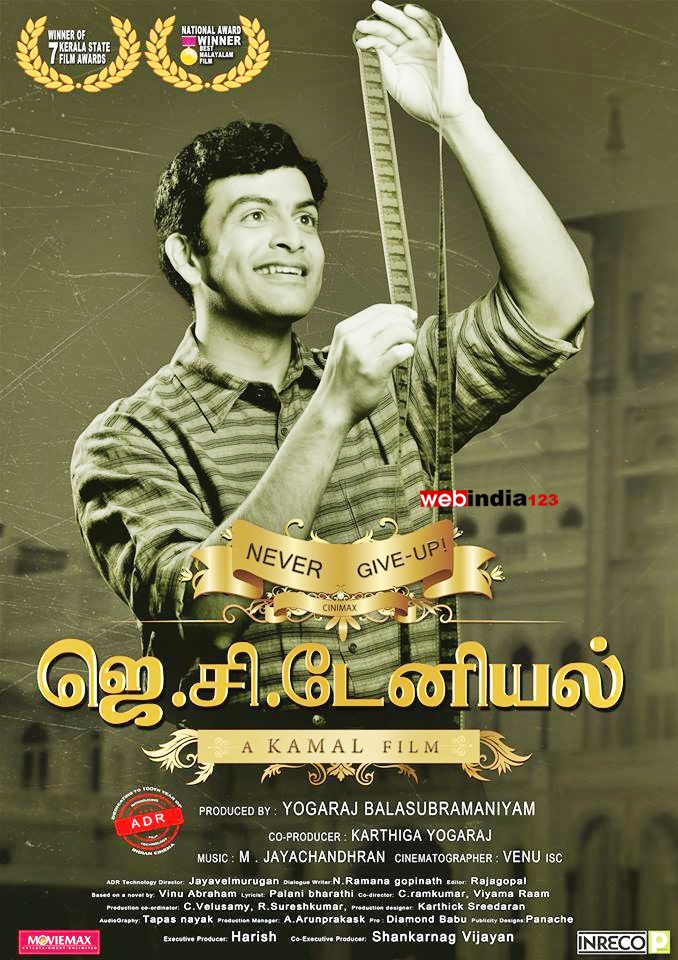 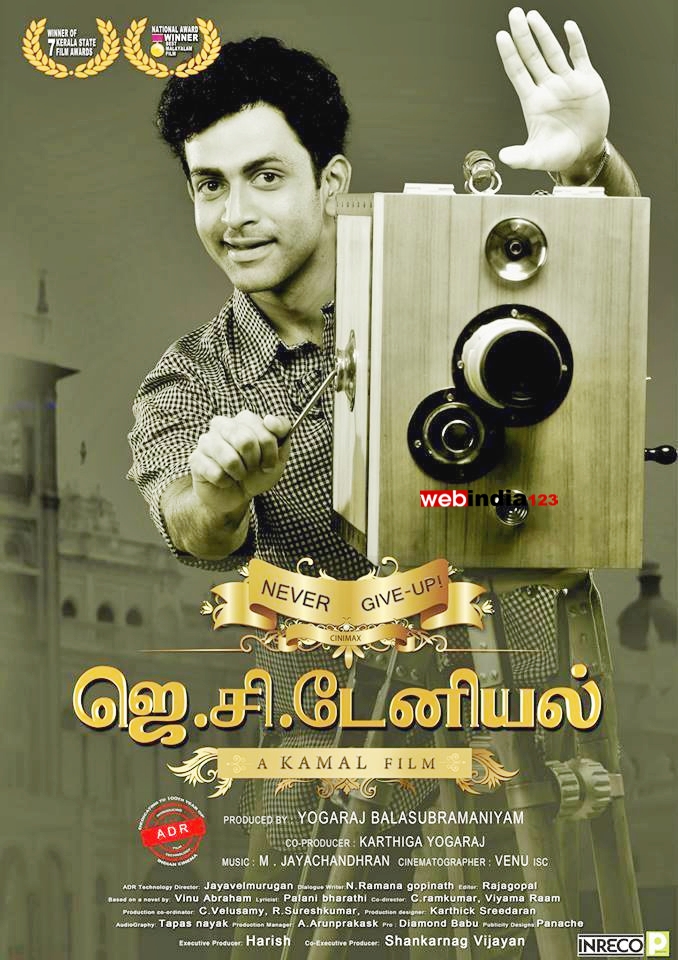 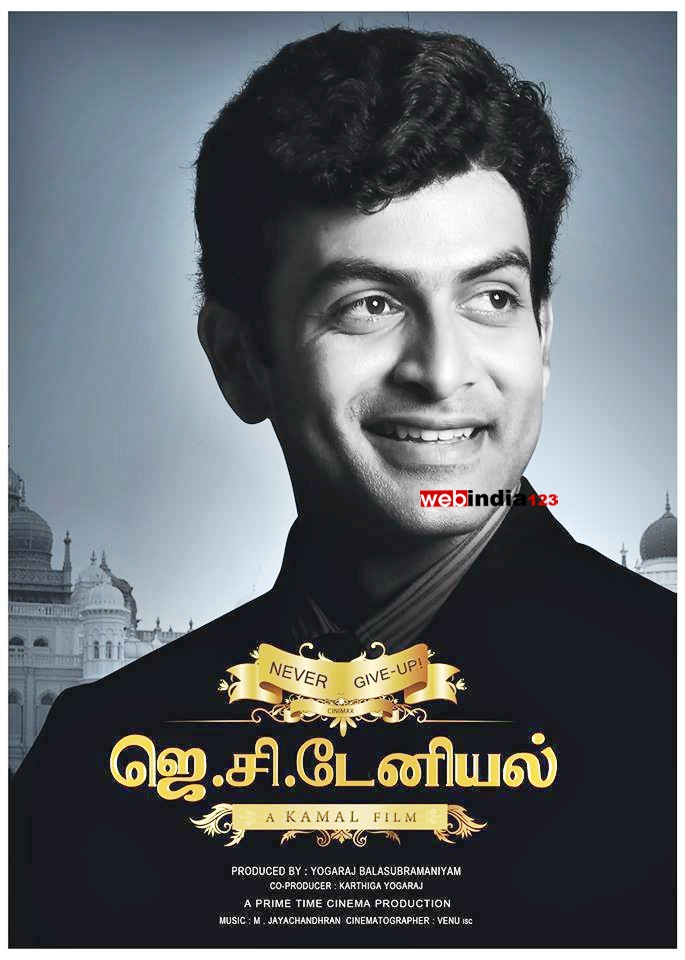 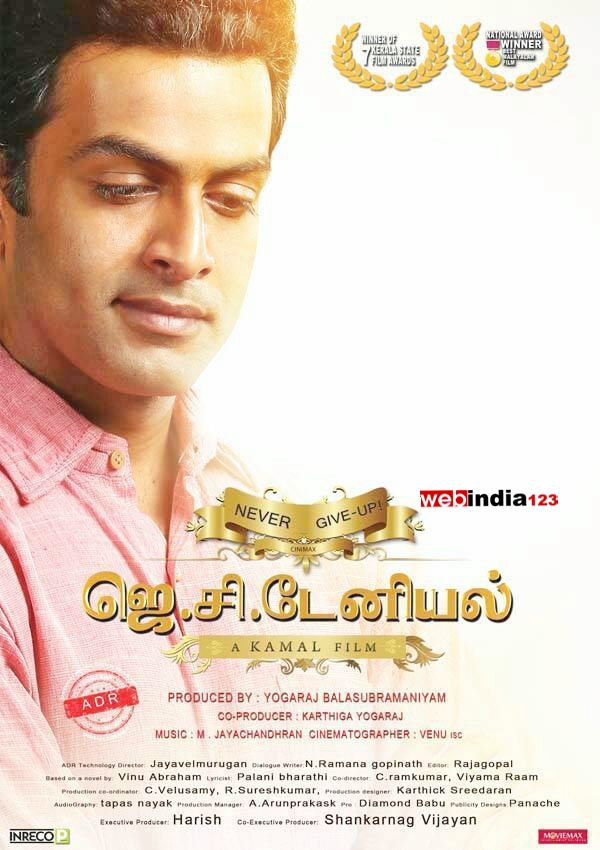 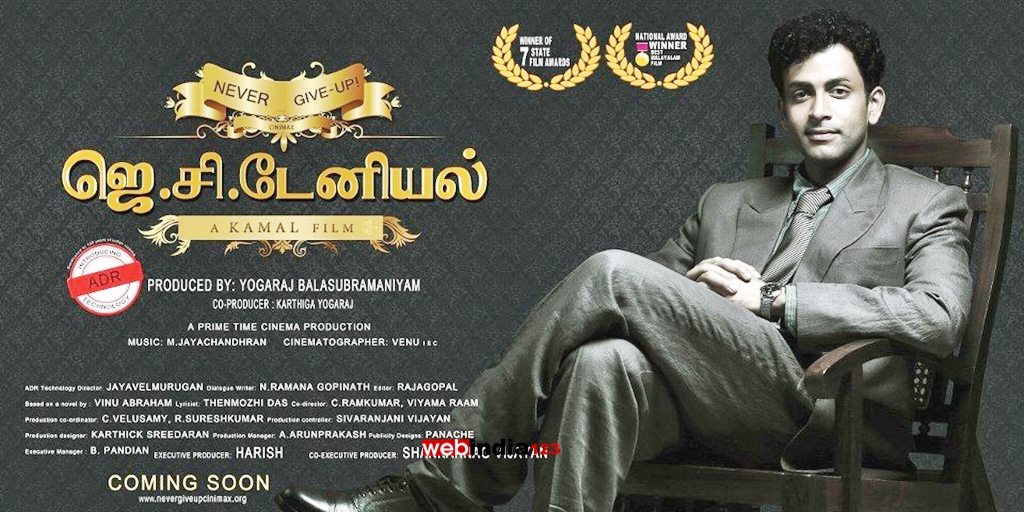 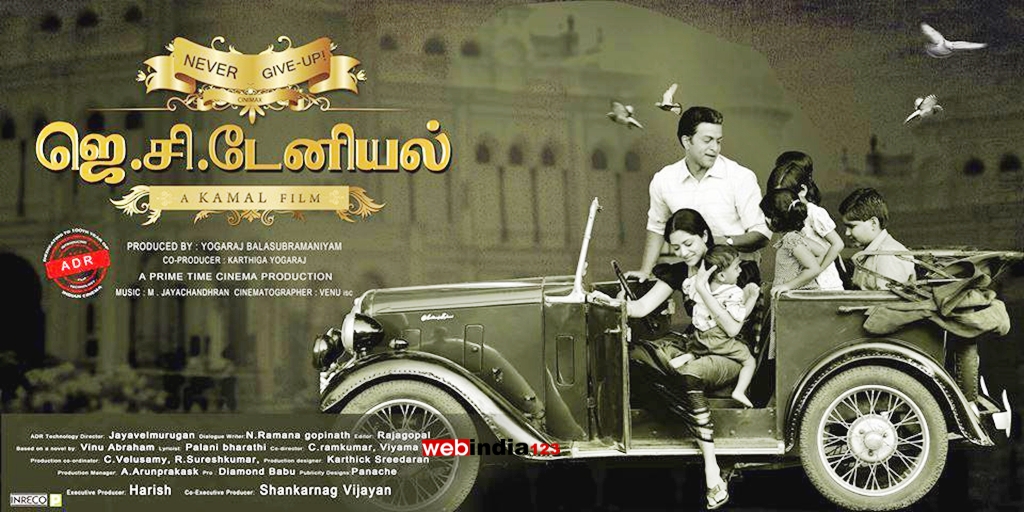