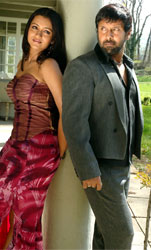 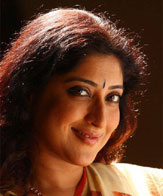 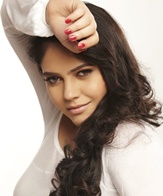 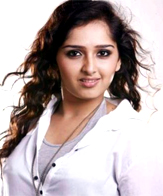 ‘Bheema’ is the movie that Vikram had signed after ‘Maaja`. The shooting of the movie started in April 2006. Vikram and Trisha are the lead pair with Prakash Raj in an important role. ‘Bheema’ is being directed by Lingusamy. He is enthusiastic after the success of his movie ‘Deepavali’. Two songs for the movie have been screened in New Zealand. Vikram has gained weight to look different in this movie. It seems that he exercises even during the breaks in the shooting spots. Sherin, the heroine of the movie ‘Whistle’ will appear in an item number with Vikram. ‘Bheema’ was stopped mid way due to problems in the production. Then it was restarted in the later part of the year 2006. Now the shooting of the movie is going on. It is planned for release in January2008