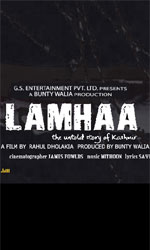 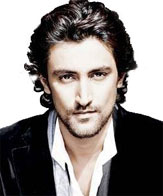 After the "Lamhaa" premiere was cancelled in Kashmir, the film's release has been banned in Middle East, says producer Bunty Walia, who is extremely upset with the decision. Read More

A dialogue mentioning Aishwarya Rai in the promos of upcoming film "Lamhaa" has caught the attention of many.Read More

Kashmir. What was once known as the paradise on the earth is turning into the biggest playground of Devils. The forces, the militia and everyone in between are involved. Vikram a retired Para commando, India`s best sniper, is sent into the Valley to eliminate the man controlling this Mayhem - Pasha. Little does Vikram know that what would have be an in and out operation will change his life and that of Kashmiri`s forever

Pasha`s [On ground Network] is extremely strong . Every one seems to be an important .From the local Kebab wallaa, To the telephonic retailer to even a colonel of the Indian Army, to  crack this he unites with Aziza, a girl who works for Haji`s organization and fighting for the freedom, When they are seeingly by chance thrown together into crossfire between militants and the army. The intensy of their beliefs and their will to survive all odds creates a special bond between them. Soon they find themselves embarking together on a journey full of intrigue, suspicion and bloody betrayal to the northern parts of Kashmir.

In such a scenario are the bullet and the bomb the only answers that the people can provide? Will wisdom prevail in this valley of flowers, so that the common Kashmiris are not crucified in the crossfire of politics? Will they survive to find the heaven on earth they are looking for? Hope is what is the basis of the existence of Kashmir.