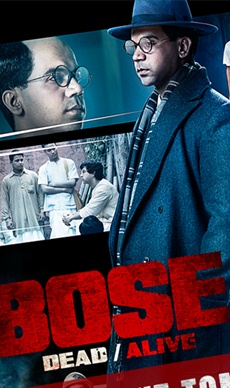 'Mental Hai Kya' to go on the floors from May 13

Rajkummar Rao and Kangana Ranaut-starrer "Mental Hai Kya" will go on the floors from May 13, says producer Ekta Kapoor.Ekta is very excited to be working with Rajkummar again after their first outing for the web series "Bose: Dead/Alive".She told IANS: "We are starting on May 13. We are all excited about the film. It is neither a comedy nor a psycho thriller. You know, we have really not made a film in this genre... So we were thinking how to categorise our film in one genre... So we released the poster of the film," she said.Read More

Actor Rajkummar Rao showered actress and girlfriend Patralekha with the "biggest hug" and all his "love" on the occasion of her 28th birthday on Tuesday. Read More

The man. The legend. The mystery. He fascinated us in life, and long after his "death". This is the story of India's biggest cover-up: Netaji Subhash Chandra Bose and the mystery of his alleged death.