V is a Tamil - movie directed by . Starring . 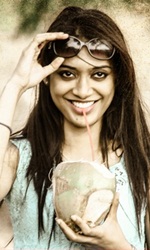 Actor-politician Kamal Haasan was happy to meet and shoot with Bollywood superstar Salman Khan on the sets of "Dus Ka Dum", where he promoted his upcoming film "Vishwaroop 2".The stars shared screen space for the first time on the reality television show "Dus Ka Dum".Read More