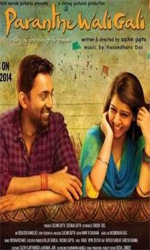 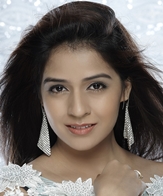 vibrant culture of a place which was once the hub of life during the Mughal rule. Sachin, who has been writing and directing theatre productions in India and America for a decade now, is capturing life in the labyrinthine lanes of the good old Walled City to make the cinemagoers realize the historical significance of the place. Blessed with a unique ambience,the medieval part of the city is dotted with sprawling yet well-kept rooftops and magnificent monuments. The film has been named after Paranthe Wali Gali, Old Delhi`s famous by-lane known for its wide array of tempting paranthas, because the place will be shown as a backdrop of the film.
It is a place of much nostalgia for many people. The name itself has romantic foodie connotations. You fantasize about plates of steamy, crispy, puffed up paranthas, drowning in lots of gooey, yummy ghee, stuffed with an array of vegetables and meats. Before you reach the place your senses already inhale in the sizzling scents. Sometimes, the actual place can be a bit of a downer.

It`s going to be a romantic love story between a Sikh girl and a boy from Rajasthan, with a host of other characters who light up that part of Delhi. `The real charm of Old Delhi is all the local areas from Dariba Kalan to Kinari Bazaar and Khari Bawri.

`The story of Paranthe Wali Gali starts from the famous and popular lane and then moves into the lives of the characters living there. In the film, we are trying to touch that part of Delhi that has not been explored till now`.
The movie stars actors Anuj Saxena and Neha Pawar.

`This film can be considered a romantic comedy but not entirely. It has various other dimensions too. It is a sensitive film and has such an appeal that anyone can relate to it. The international audience would also relate to it as it is about people and friends.`

Bangalore-based playback singer Vasundhara Das, who has been working in Sachin`s plays, has been roped in as the music director. She has composed fresh and youth-centric melodies for the album.