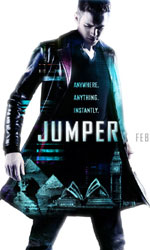 The science fiction thriller leaps into a new realm with JUMPER, which begins the epic adventures of a man who discovers that he possesses the exhilarating ability to instantly teleport anywhere in the world he can imagine. From New York to Tokyo, from the ruins of Rome to the heart of the Saharan Desert, anywhere is possible for David Rice (HAYDEN CHRISTENSEN), until he begins to see that his freedom is not total, that he’s not alone . . . but part of an ongoing, global war that threatens the very survival of his rare and extraordinary kind.

David Rice has grown up with a mysterious power of which many have dreamed. He is completely and utterly mobile, able to zap through wormholes in the space-time fabric to any city, any building, any place at all that his mind desires. In the blink of an eye, he can “jump” from one side of the earth to the other and back again – he can tour twenty different sunsets in one night, he can have breakfast on the Egyptian Sphinx, spend the day surfing in Australia, then pop over to Paris for dinner and enjoy dessert in Japan. He can pass through walls and locked bank safes and enter the most forbidden chambers. So far, he has used his powers to run away from his past, to take advantage of unlimited wealth, to remain fiercely independent. He’s never known limits or boundaries or consequences. Or true connection. Until now.

But when David discovers another young man like himself, a fiery, globetrotting rebel named Griffin (JAMIE BELL), the truth of his existence begins to dawn. He is not just a lone freak of nature, but part of a long line of genetic anomalies known as Jumpers, none of whom are safe. Now, David has now been identified by the secret organization sworn to kill him and all Jumpers. And he is about to be relentlessly pursued in a chase that will literally bound around the planet – as he becomes a key player in an unseen battle that has been raging, invisible to most of humanity, through the ages. 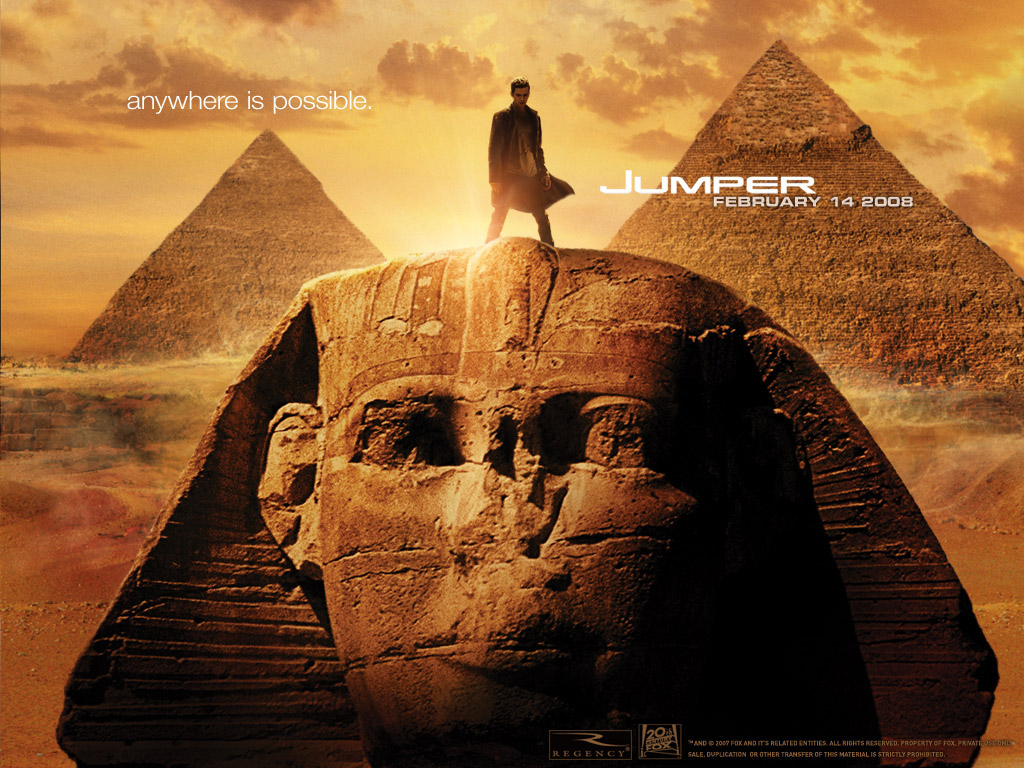 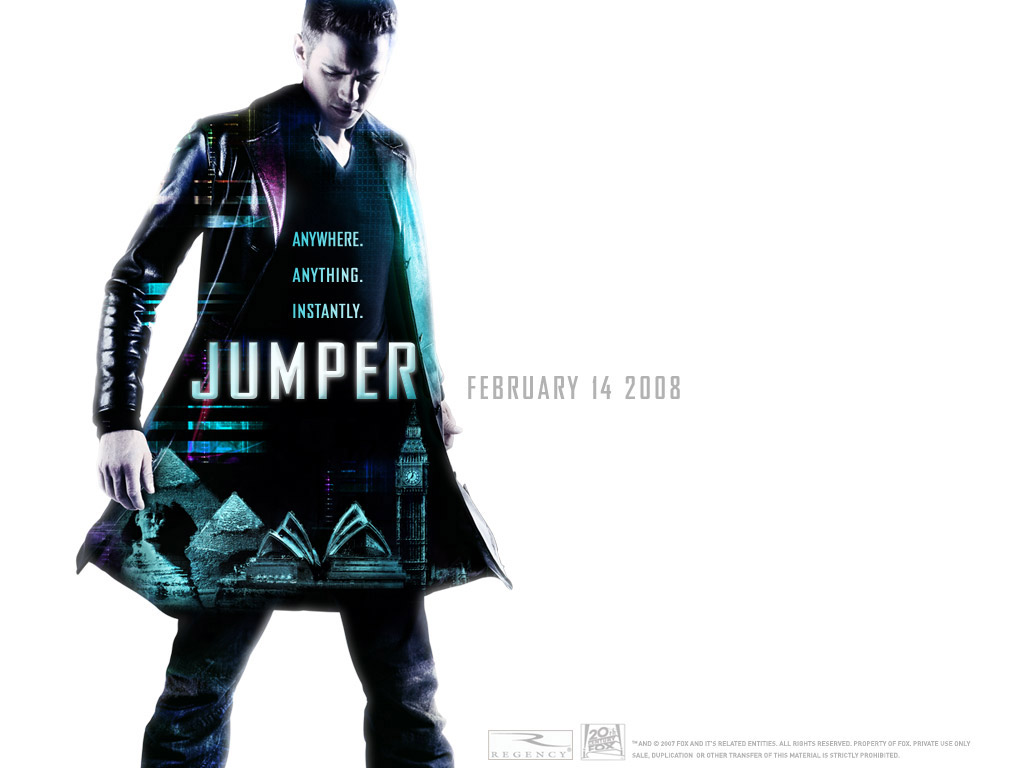