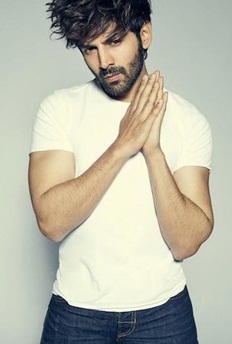 Kartik Aaryan is enjoying the time of his life, both personally and professionally. The actor is currently busy promoting Imtiaz Ali’s Love Aaj Kal which is enjoying a great buzz also because it features his alleged ex-flame Sara Ali Khan alongside. The actor also has an interesting line up with films like Bhool Bhulaiyaa 2 alongside Kiara Advani and Dostana 2 but a chunk wasn’t equally excited when the actor was roped in.

When Bhool Bhulaiyaa 2’s news was announced, many took to Twitter to share their disappointment. Not only many weren’t impressed with the first posters, but also wanted Akshay Kumar to reprise the titular role. Same was the case with Dostana 2 and Love Aaj Kal, where some felt Kartik isn’t the perfect fit.

Upon asking if the fear of criticism matters to the actor, Aaryan in an exclusive conversation with Koimoi said, “Not at all. I’ve always done what I felt I related to. Be it, Luka Chuppi, Pati Patni Aur Woh, Sonu Ki Titu Ki Sweety… all these films are the ones I’ve really connected to. And now with Love Aaj Kal and the other 2, I really want to explore more.

There’s no fear of criticism, there’s only expectation level that I want to set for myself that I want to achieve from a certain film. May be from my next I’d like to achieve the commercial or massy entertainer aspect. With Dostana 2, I really want to push the envelope.”

Furthermore, about all his lineups and taking the franchises forward, he added, “I’m really blessed that I’m getting such opportunities in such early stage of my career that I’m getting the opportunity to work with such filmmakers and with those kinds of script, which I feel are really good. Talking about the franchise, it is always a bigger responsibility to take a franchise further. When a director or producer wants you to take the franchise further, it’s like an added responsibility.