Born on October 18, 1950 at Ambala to a Punjabi family, Om Puri, was an actor, who appeared in mainstream commercial, Pakistani, Hollywood, independent and art films.

His father worked in the Railways and in the Indian Army. As he had no birth certificate or records, his family was unsure of his date and year of birth. However, his mother told him he had been born two days after the Hindu festival Dussehra. 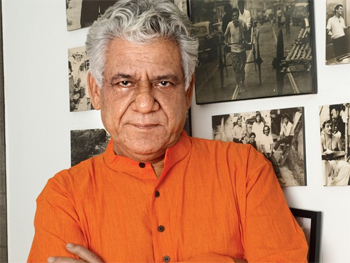 When he began his schooling, his uncle chose March 9, 1950 as his "official" birthday. However, as an adult when he moved to Mumbai, Puri looked up when Dussehra was celebrated in 1950, to establish his date of birth as 18 October.

Graduating from the Film and Television Institute of India, Pune, he was also an alumnus of the 1973 class of National School of Drama where cine celebrity Naseeruddin Shah was a co-student.

Puri worked in numerous Indian movies, as well as many films produced in the United Kingdom and the United States.

He made his film debut in the 1976 Marathi film Ghashiram Kotwal, based on a Marathi play of the same name by Vijay Tendulkar. It was directed by K. Hariharan and Mani Kaul in cooperation with 16 graduates of the FTII. Puri claimed that he was paid "peanuts" for his best work. Along with Amrish Puri, Naseeruddin Shah, ShabanaAzmi and Smita Patil, he was among the main actors who starred in what was then referred to as art films such as Bhavni Bhavai (1980), Sadgati (1981), Ardh Satya (1982), Mirch Masala (1986) and Dharavi (1992). 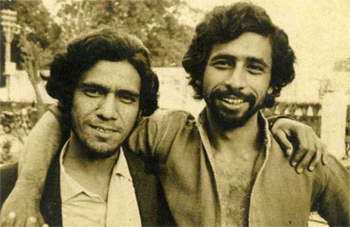 He was critically acclaimed for his performances in many unconventional roles such as a victimized tribal in Aakrosh (1980)(a film in which he spoke only during flash-back sequences); Jimmy's manager in Disco Dancer (1982); a police inspector in Ardh Satya (1982), where he revolts against lifelong social, cultural andpolitical persecution and for which he got the National Film Awardfor Best Actor; the leader of a cell of Sikh militants in Maachis(1996); as a tough cop again in the commercial film Gupt in 1997;and as the courageous father of a martyred soldier in Dhoop (2003).

In 1999, Puri acted in a Kannada movie A.K. 47 as a strict police officer who tries to keep the city safe from the underworld it became a huge commercial hit. Puri's acting in the movie was memorable. He rendered his own voice for the Kannada dialogues. In the same year, he starred in the successful British comedy film East is East, where he played a first-generation Pakistani immigrant in the north of England, struggling to come to terms with his far more westernised children. 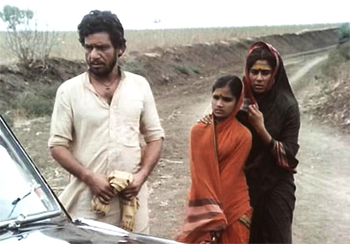 His international career took off as early as 1982 when he featured in a small role in Oscar-winning film "Gandhi". It also set the stage for him to explore more on foreign shores -- his British films were "My Son the Fanatic", "East Is East" and "The Parole Officer", and his Hollywood movies included "City of Joy", "Wolf", "The Ghost and the Darkness" and "The Hundred-Foot Journey".

The actor, who had more than 100 films to his credits, was also honoured with Padma Shri, the fourth highest civilian award of India, in 1990 and two National Film Awards, during his acting career that stretched for more than four decades. In 2004, he was made an honorary officer of the Order of the British Empire for services to the British film industry. 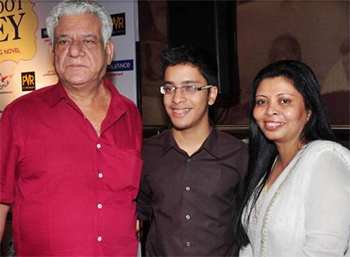 On the personal front, Om Puri tied knot with Seema Kapoor in 1991, the sister of actor Annu Kapoor, but it survived only eight months. And in 1993, Om Puri married Nandita Puri, a journalist whom he is having a son named Ishaan. But again, while he had a glorious journey in the film world, his personal life went through turbulence. In 2013, his wife had filed a case against him, alleging domestic violence. They separated, leaving him with only visitation rights to their son, Ishaan.

Om Puri was frank and blunt about his views -- and just last year, he faced the brunt of it when a police complaint was filed against him for his comments that were found to be insulting to Indian soldiers. In 2015, he spoke on the issue of cow slaughter in India. In 2012, he had landed in a bit of a soup after he called Naxals "fighters not terrorists".

But Om Puri remained fearless till the end -- in his works and his words.