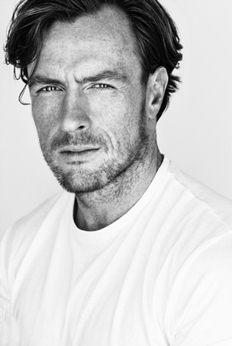 Toby Stephens hopes for a "correction" in the representation of women in Hollywood and wishes for a more equal world for his wife and daughters. The actor, son of veteran cine icon Maggie Smith, sympathises with the ongoing movement calling for gender equality, but says it is maddening that it is taking "so long" for things to change.

From sexual harassment to pay disparity and lack of female directors -- recent incidents have made people in Hollywood and around the world sit up and take notice of sexism in the entertainment industry. The debate got more intense when a wave of sexual harassment accusations swept Hollywood following a news break exposing producer Harvey Weinstein and several others.

What started as a movement to put the focus on women who have faced sexual harassment with #MeToo hashtag has turned into a movement. In fact, the Times Up movement has also shaped up to rally the cause for women. Stephens appreciates all such initiatives.

"I think the movements are great. I am a parent of two girls and I have a wife who is very passionate, and I want a change for them, my wife and for all our friends," Stephens told IANS in an interview here.

"I can only sympathise with and support the movement. Change needs to happen and it is mad that it has taken so long," he added.

Taking a pause during the conversation, Stephens pointed out that change has started to spin around a different narrative in the stories, and his latest Netflix series "Lost in Space" is a case in point.

A reboot of the 1960s' classic science fiction series, the show is set 30 years in the future, and takes the audience to a time when colonisation of space is a reality. It narrates the story of how a family struggles to survive on an alien planet along with coping up with their personal differences.

Starring Molly Parker, Taylor Russell, Mina Sundwall and Max Jenkins, the show, which will start streaming from April 13, has put women in powerful positions. Its makers have even gender-swapped Dr. Smith's character, which was played by Jonathan Harris in the original, but has been taken on by actress Parker Posey in the new version.

Stephens, who has a diverse acting resume with projects like James Bond film "Die Another Day", "The Machine", "13 Hours", "The Journey" and "Black Sails", says the gender switch was a correction needed in the story.

"It is a correction. It is really needed at the moment. Being a parent of two young girls, I am really excited about a show that has two young girls who are represented as incredibly capable, strong, smart, and sassy.

"It is really great that there is a show which is showing that. I am excited for my kids to watch that and excited for the whole generation of kids to watch those characters and aspire to be like that," added the actor, who is married to actress Anna-Louise Plowman.

Along with two daughters, he also has a son.

On the reboot version of the series, Stephens said: "There are moments which are light. Also, what is fun is that it is taking the domestic situation essentially and putting it in space.

"So, there are these situations that occur and every parent or child will recognise... They have either been through that or seen them. But it is this extraordinary situation where they are million of years away from Earth (which makes it different)."