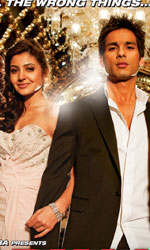 There`s a longish sequence in an American eatery in the second-half of this deeply flawed and yet refreshingly cool urbane casual and yet highly cinematic work where Shahid Kapoor`s Karan, by now on the road to seemingly irredeemable moral degeneration is told by his partner, played by newcomer Vir Das, that he wants out.

The way that sequence progresses and the manner in which the two actors play out a conventional friends-falling-apart moment, just makes you forgive all the excesses of inflated self-worth that the script suffers from in the last 90 minutes of this endearing though exasperating experience.

"Badmaash Company" is a film that is too smart for its own good. The main characters, four friends bonded by the collective will to grow rich overnight, go through a series on caper experiences. Not all of it is either convincing or even interesting. After a point, we know exactly where this quartet is hurling to. And the slide out of moral degeneration is never touching enough to make us shed a tear for these misguided over-reachers.

The doom comes none too soon, and then the narrative proceeds without a proper graph. By the time Karan (Shahid Kapoor)`s spunky girl Bulbul (Anushka Sharma) leaves him the script begins to look like one of those subverted morality tales from the house of the Bhatts where the heroes talk with clenched fists and heroines weep in their pillows as their companions come home in a drunken stupor.

We`ve been here before. But wait. There is a sense of intuitive cockiness about the narrative which just sees the film`s improbable mixture of the trendy and the trite to the final stretch of predictable moral redemption.

There is a sense of the predictable and yet the unpredictable in the storytelling. Debutante director Parmeet Sethi`s screenplay is one of those things that you want to believe merely because it sounds so smart on paper. But not all of this makes complete or even incomplete sense. The climax about colour-bleeding shirts being sold to America as the Next Best Thing is much too far-fetched to work even as a part of a con caper.

Nonetheless "Badmaash Company" has a lot going for itself. The first-half when Karan meets Bulbul, Zing and Chang to create an instantly materialistic energy, gets you interested in these out-of-control lives. You don`t quite empathize with their overweening goals. But at least they seem to know their minds, even if on occasions the plot doesn`t seem to know what it`s doing.

There`s something pitch-friendly about the four actors and the way they tackle the plot material, sometimes cool sometimes over-reaching itself. If the film holds together it`s because of the bonafide enthusiasm and unconditional surrender to the proceedings of the actors.

Shahid Kapoor pitches in another perfectly poised and subtle performance even though his character`s graph gets blurred towards the end. You can`t stop caring for Karan`s character because Shahid doesn`t let go of his centre even when the narrative gets shaky.

Anushka Sharma in a stunning makeover conveys her character`s spirit and spunk through her well-toned body language and that twinkle in the eye. Tragically a lot of her speech and morality, and this goes for a lot of the film`s careless periodicity, is not 1980s(the film`s setting) at all.

Vir Das as the film buff with a roving eye negotiates his character with gentle care. Here`s one actor who knows what he`s doing even when his character doesn`t. And Meiyang Chang as the chinky-eyed alcohol guzzling Gangtok-guy seems made for his character.

"Badmaash Company" is an extremely smart and smart-looking film. But its sassy all-knowing tone cannot hide a certain bankruptcy of genuinely inventive ideas. This is a fatally-flawed film about seriously flawed characters. The packaging is glamorous but not over-done. The dialogues convey a ring of truth without bending backwards to be cool.

"Badmaash Company" has enough going for itself to make it an experience worth our while.

Life in the 1990’s was remarkably different for the average Indian. Consumerism had not set in. It was devoid of most of the luxuries of the West. In fact everything “imported” was good, and everything Indian, passé.

BADMAASH COMPANY is an extraordinary story set in the 1990’s in middle class Bombay (as it was known then), of four ordinary youngsters – Karan (Shahid Kapoor), Bulbul (Anushka Sharma), Zing (Meiyang Chang) and Chandu (Vir Das) – who came together to start an import business of things longed for by yuppie Indians!

What made their venture such a stupendous success was the fact that they found a way to beat the system and soon became the undisputed kings in their business, realising their one dream of making quick money by doing all the wrong things… the right way!

Living the life of champagne wishes and caviar dreams, the four friends discover that to make a business successful you don’t need big money.

All you need is a big idea! 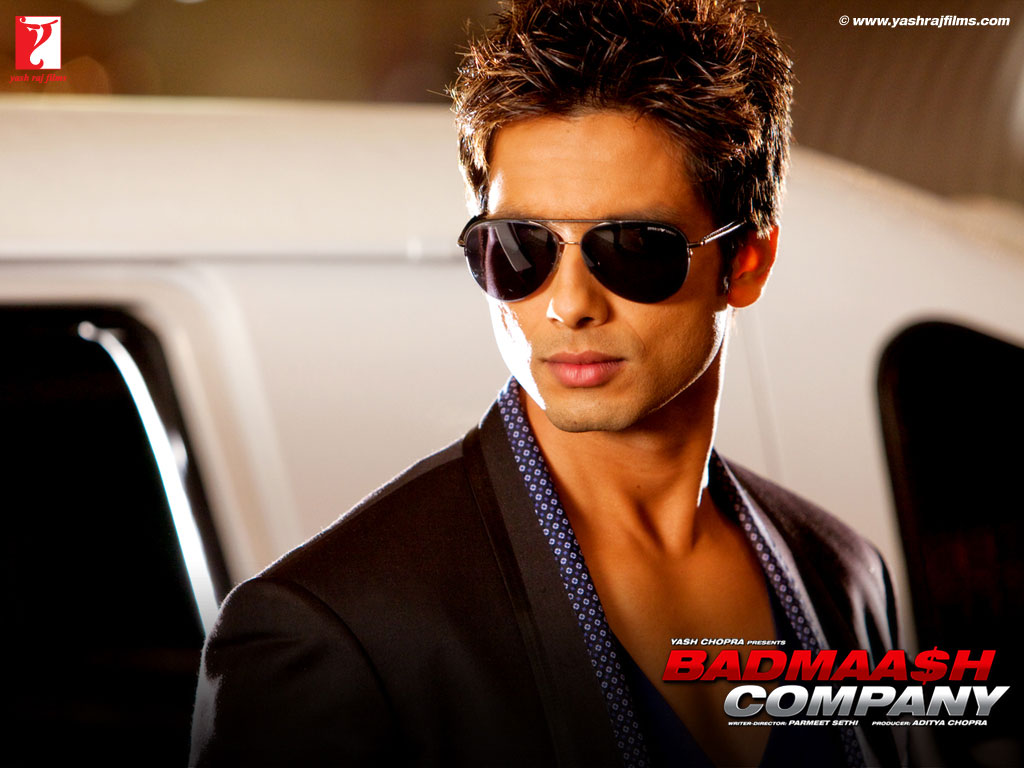 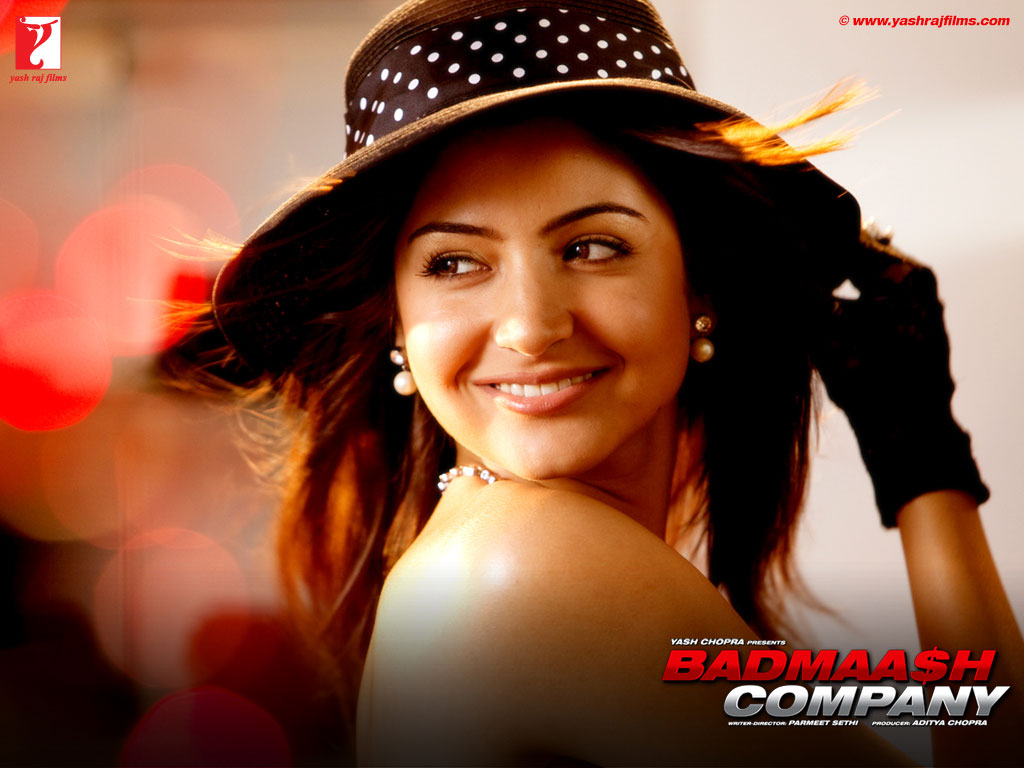 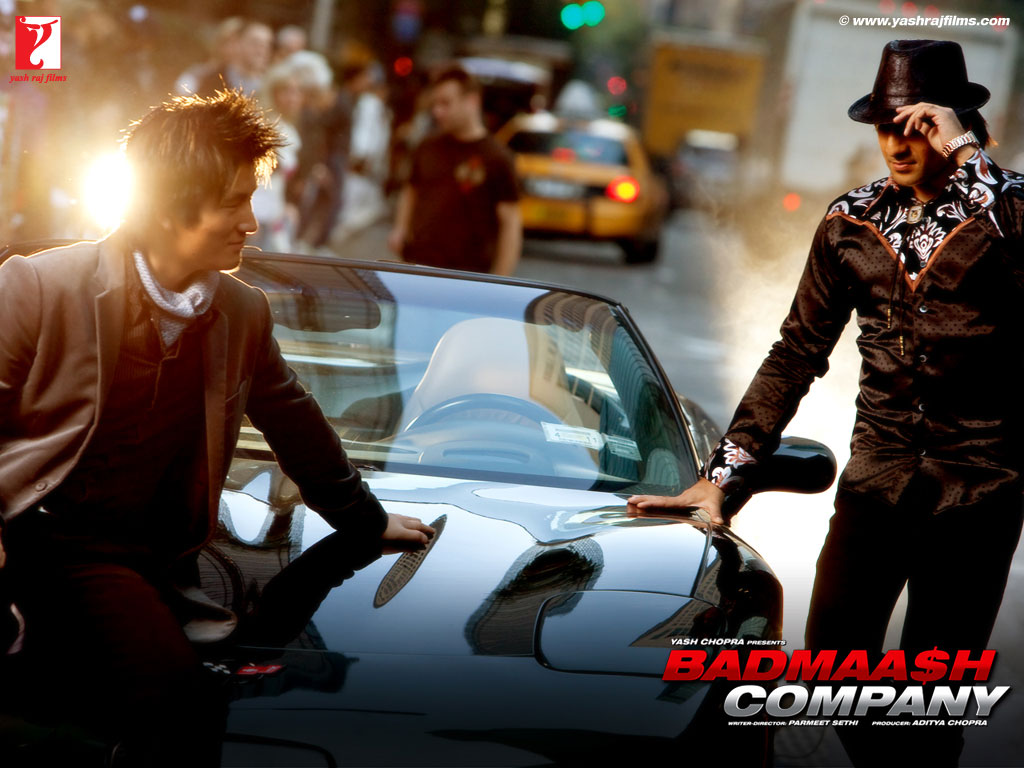 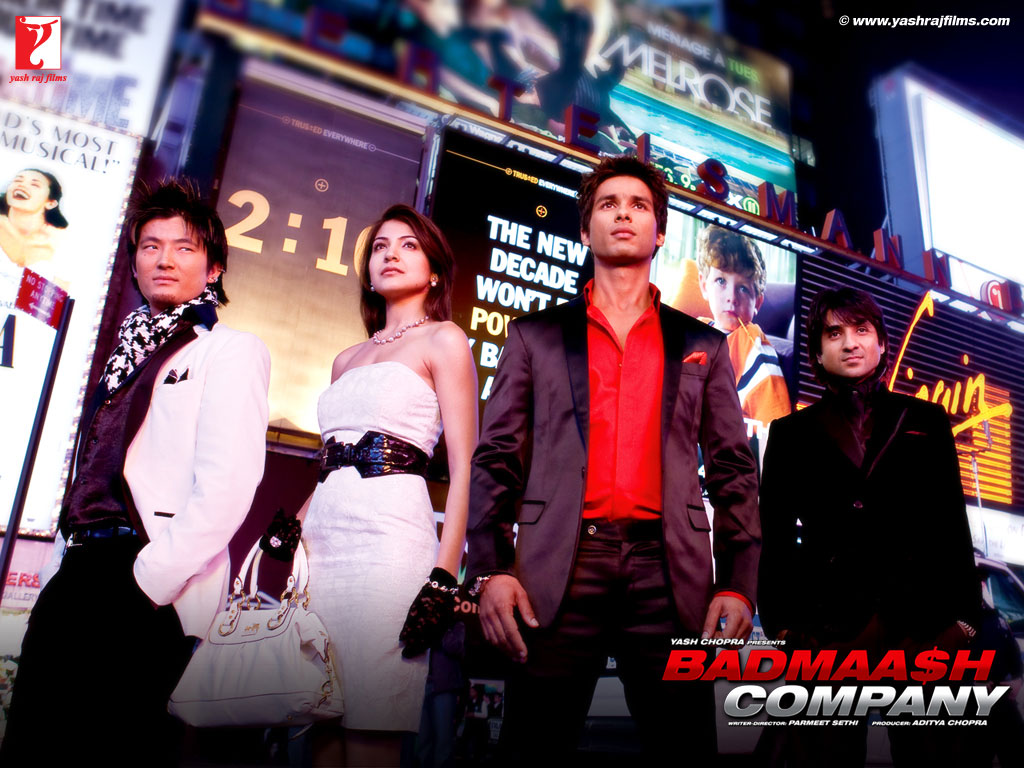 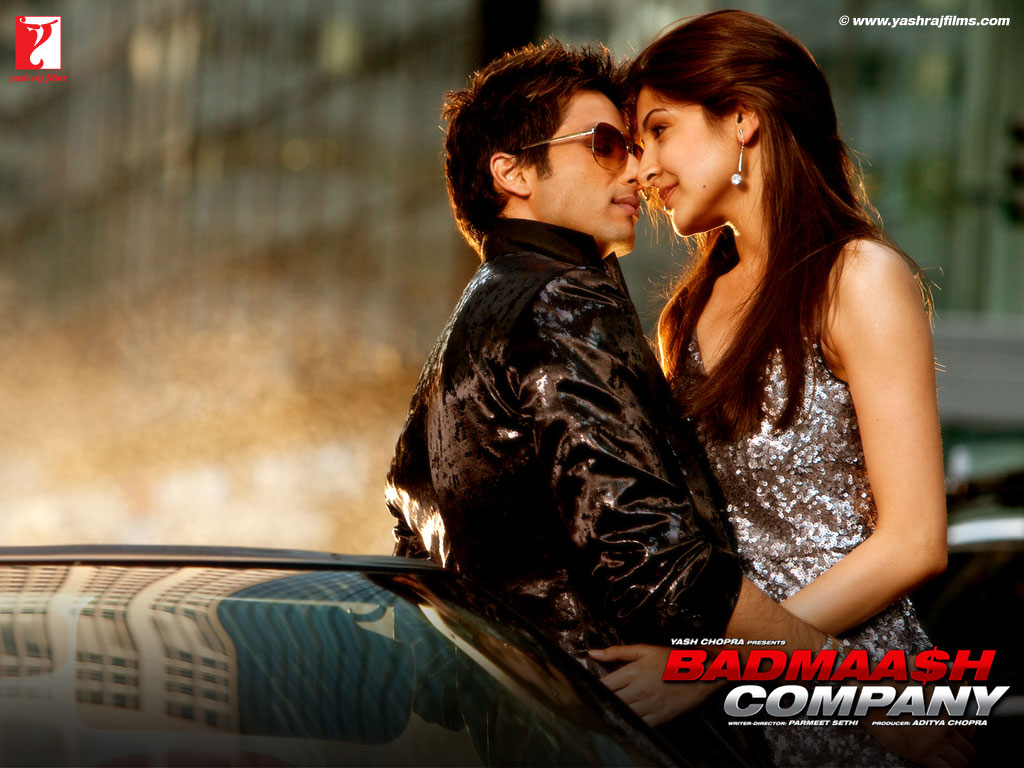 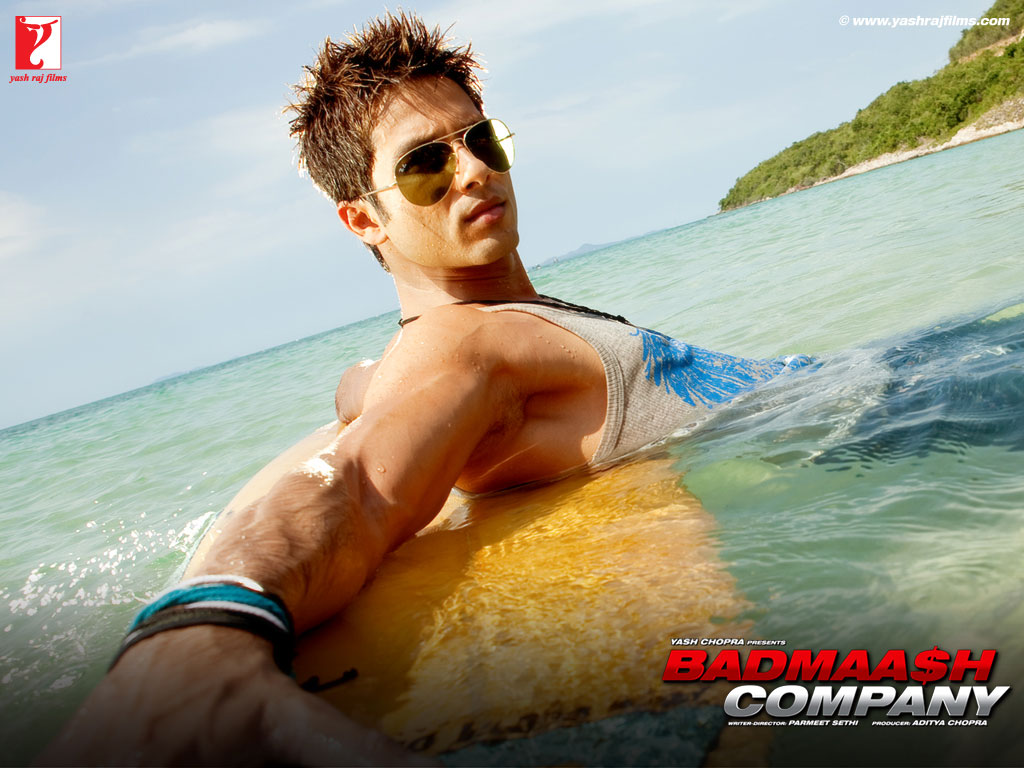 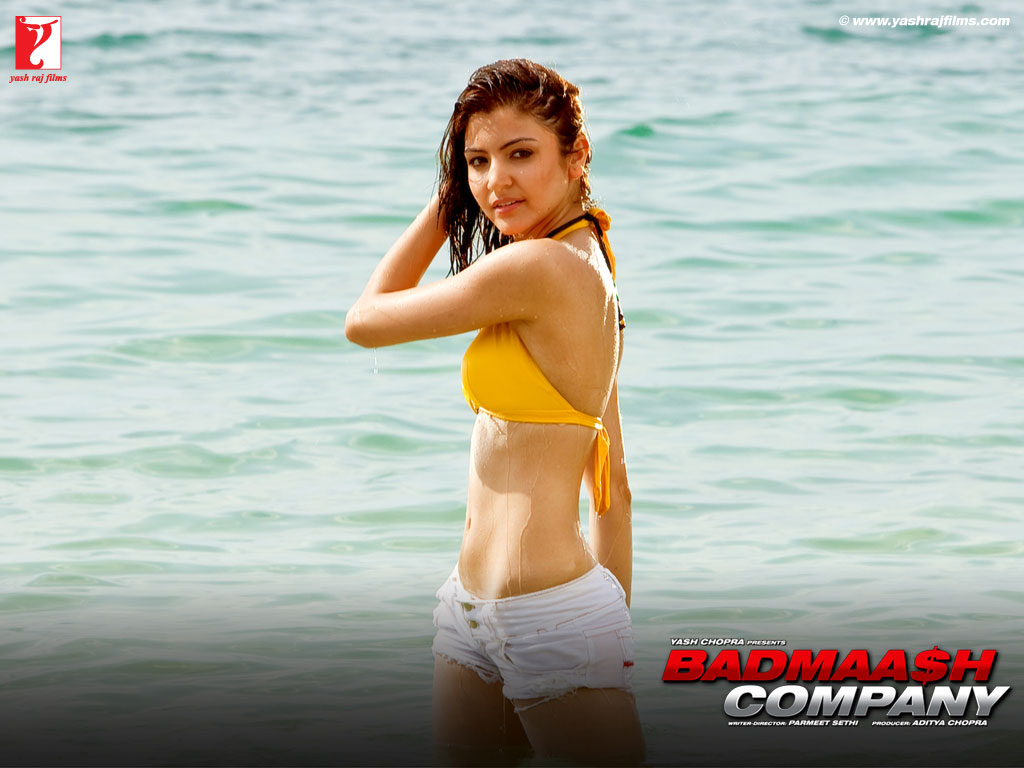 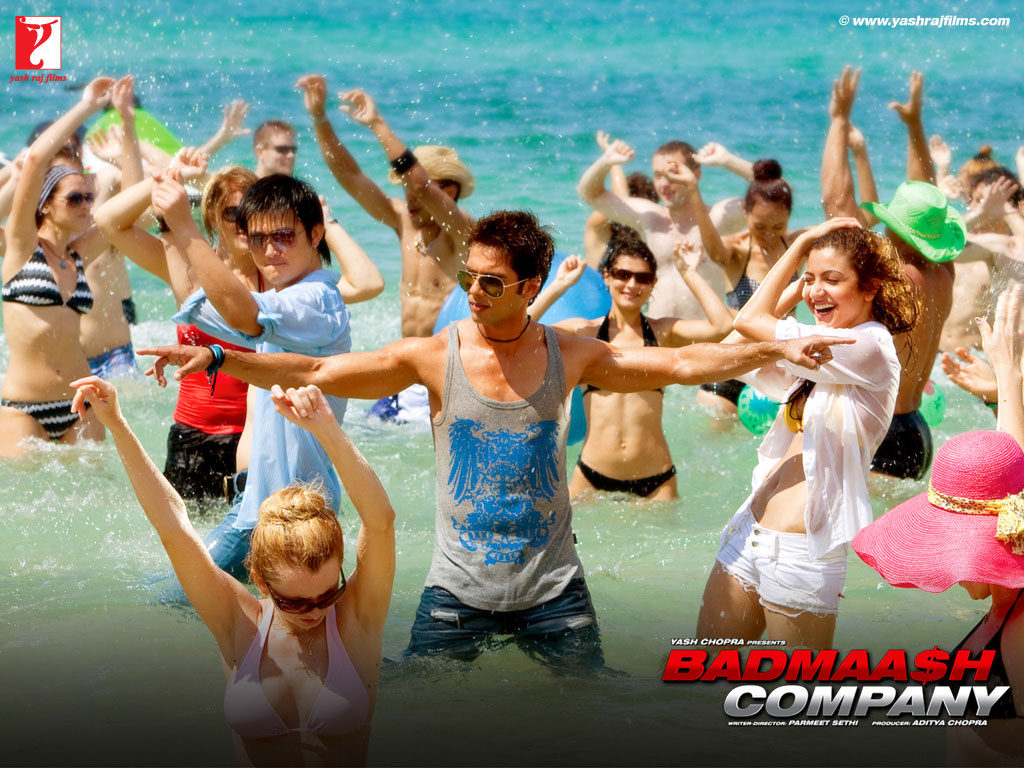 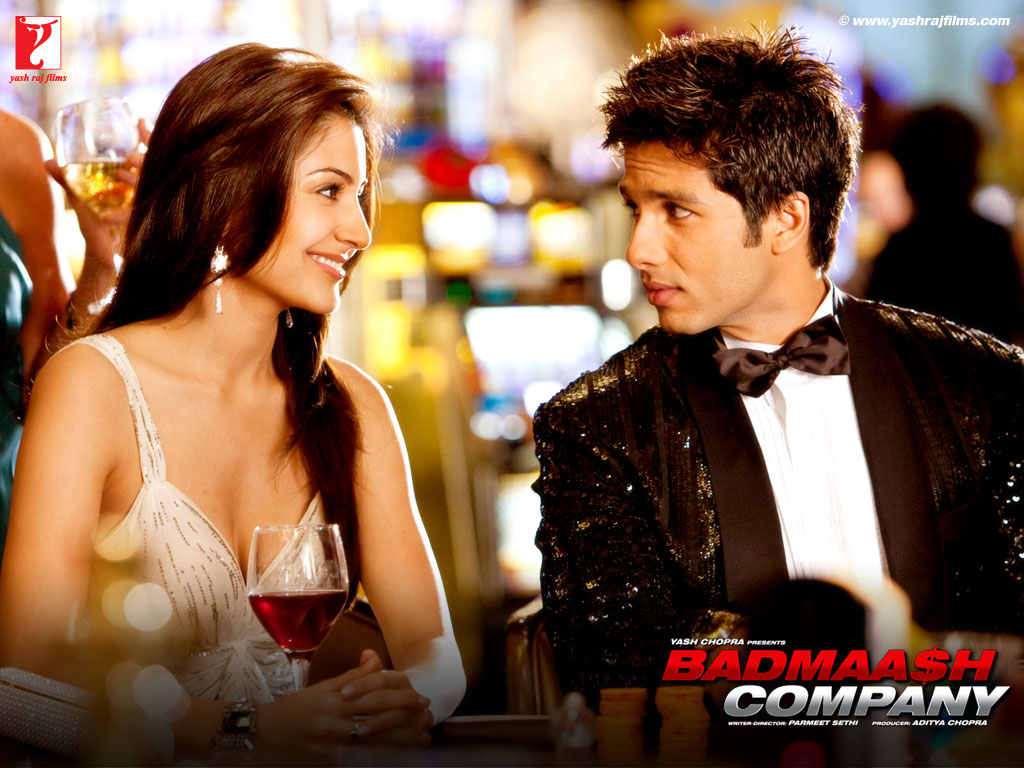 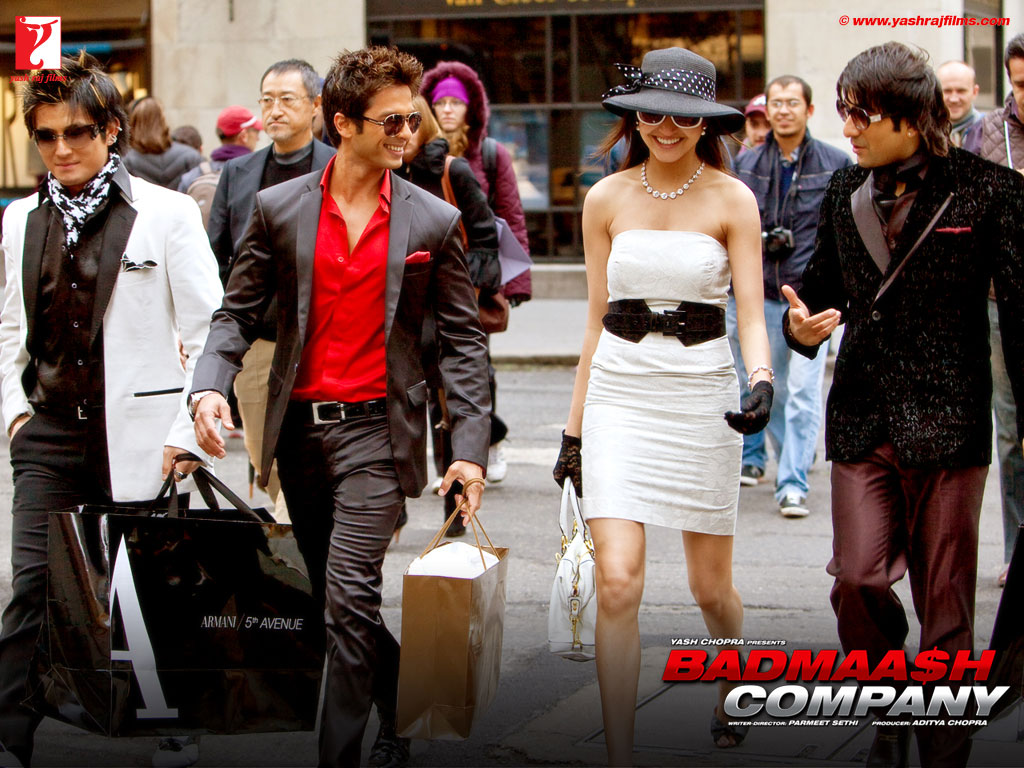 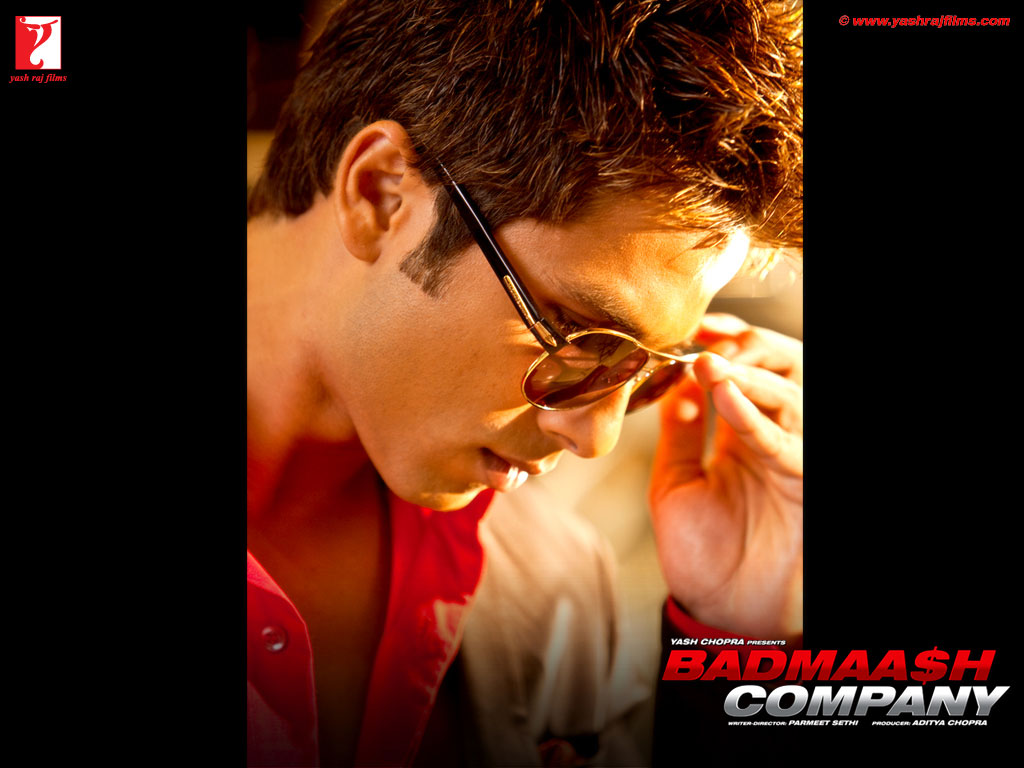 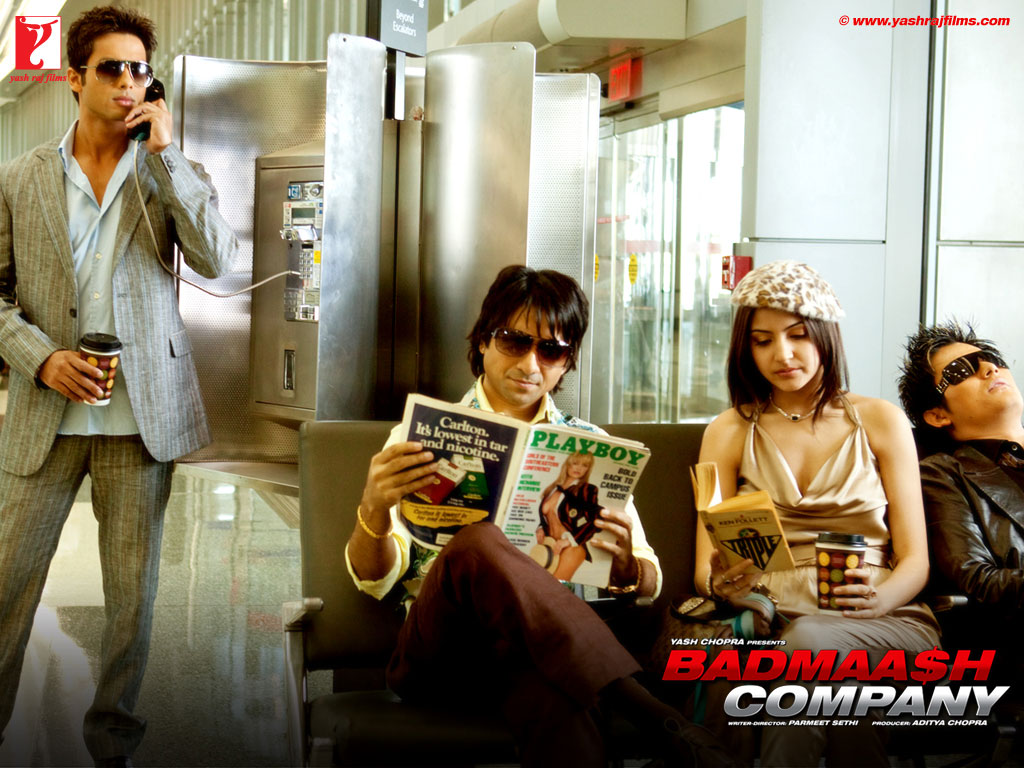 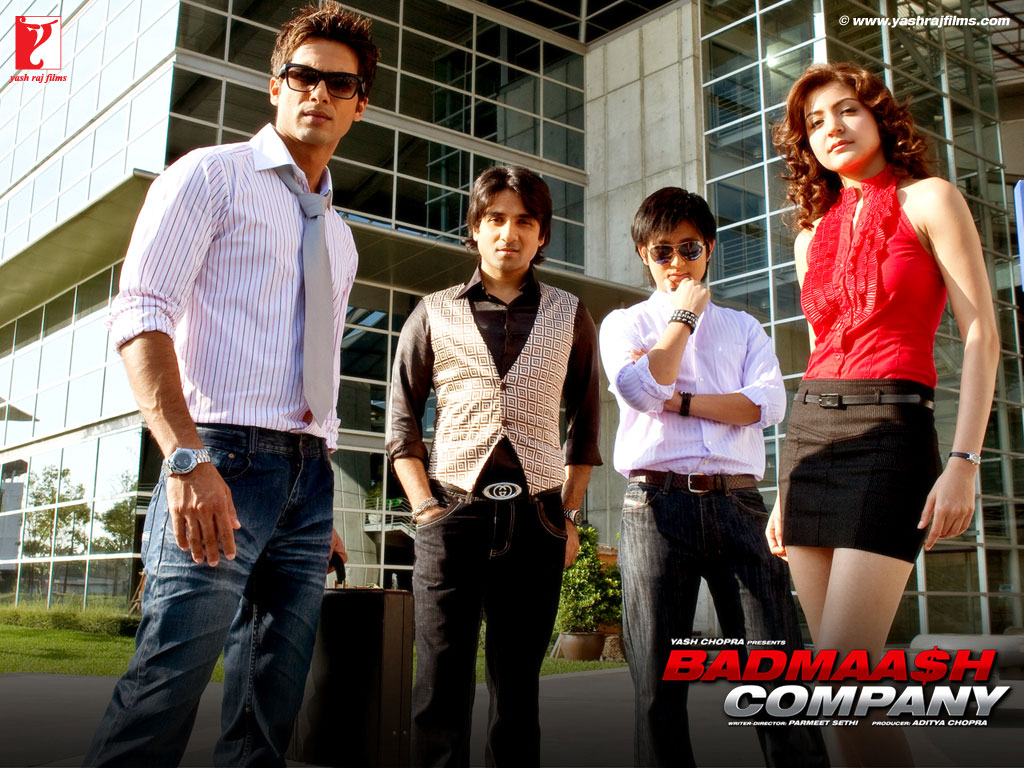 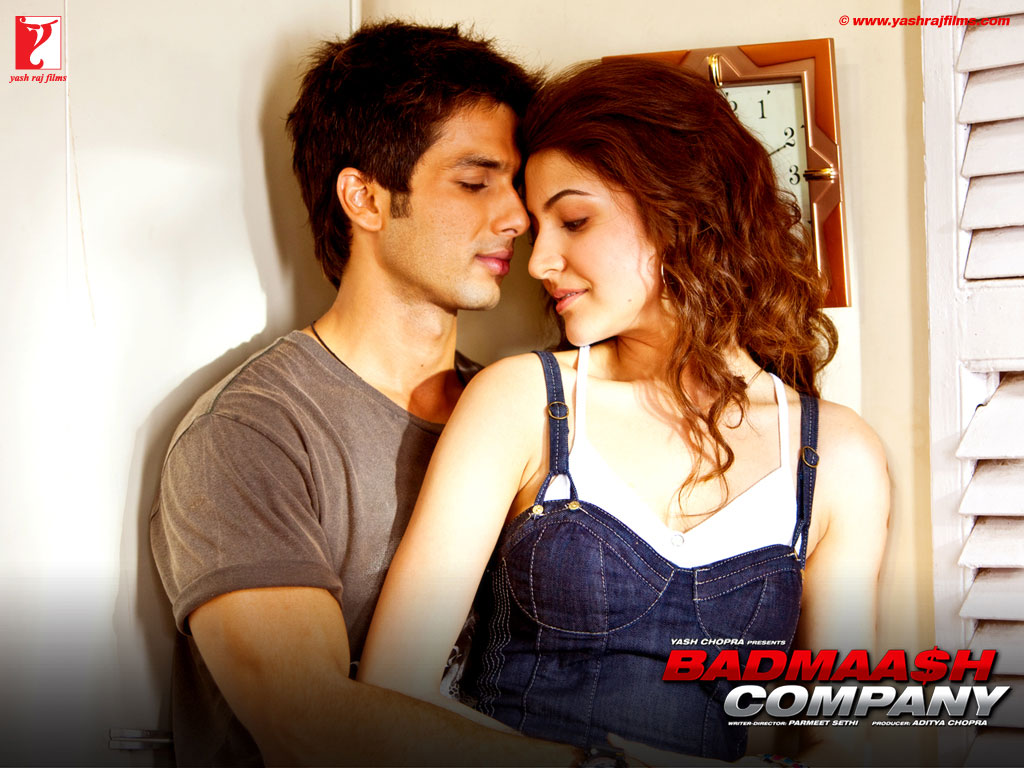 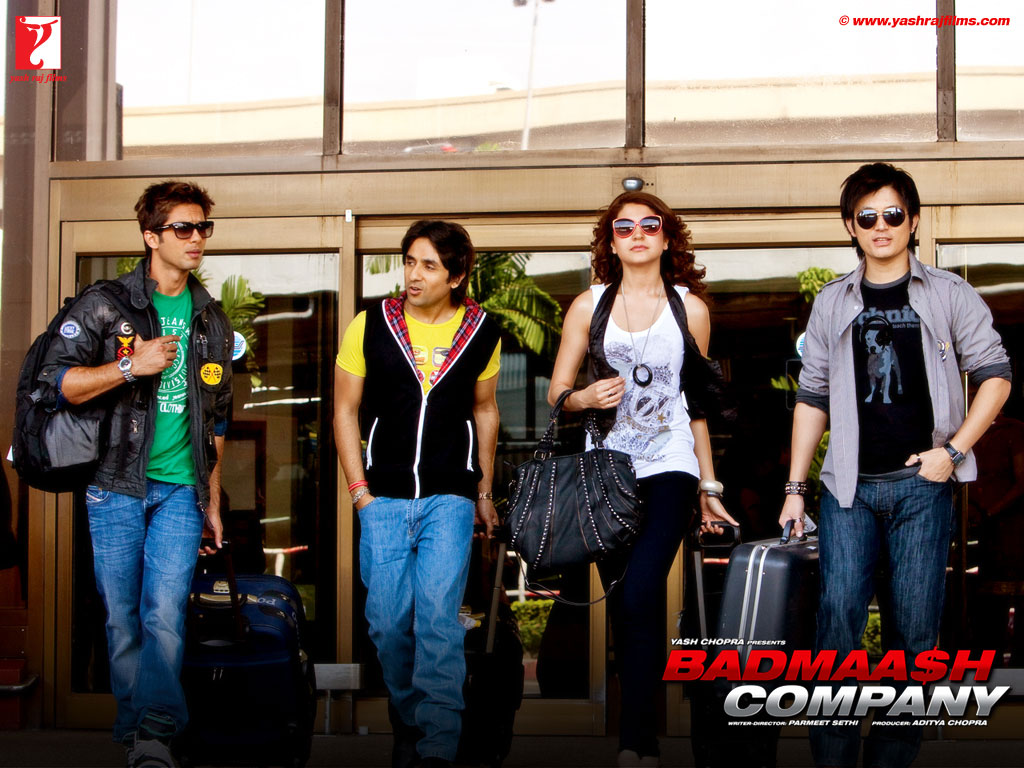