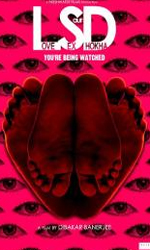 The million dollar question making the rounds is - Does "Love Sex Aur Dhokha" have a story?` The answer is yes. In fact, there are three stories, each of them being shown in episodic manner with `Love`, `Sex` and `Dhokha` being the plot drivers for the respective tales.

Do they work? Yes, they do though it is apparent that there are ups and downs in the pace of these stories. While each of these stories starts with a bang and has a valid culmination, there is a slight dip that comes in occasionally and makes you pine for some faster movement.

So there is a young couple who fall in love during the shooting of a diploma film, get married secretly and then face the wrath of their family. Since the film is set in a filmmaking school, the presence of a camera right through this story does come across as quite valid.

The second story is about an unemployed young man stationed at a retail shop who takes advantage of a naive girl by capturing their lovemaking moments through a security camera. The third story is about a sting operation where an aspiring dancer gets back on a superstar by capturing the entire casting couch proposal on film. Both these stories have seen quite a few predecessors in real life.

Does the film work with disjointed episodes like this? Certainly yes, if one is willing to drop all preconceived notions about how a feature film should look. This is why after 15 minutes, one has to get used to a shaking camera, sync sound, leading to quite a few audio disturbances and random frame capturing.

However, one does feel that treatment like this comes with its own limitations. Since the film is about how a camera follows the lives of people in every nook and corner, the narrative has to be real and there cannot be any dramatisation of an event.

Nevertheless, this very limitation also works as a strength for Banerjee. Whether it is body language, intimate moments or the framing of a scene, done excellently by Nikos Andritsakis, everything is captured `as-is`.

Also, be warned that the foul language in the film is as explicit as it gets. Never before in a Hindi film has one heard the kind of cuss words that one hears in "Love Sex Aur Dhokha". Again, quite justified since this is the first film that truly fits into the bracket of `slice of life`.

"Love Sex Aur Dhokha" couldn`t have been what it is without the effort of its cast. Everyone - Anshuman Jha (Rahul), Shruti (Shruti), Raj Kumar Yadav (Adarsh), Neha Chauhan (Rashmi), Arya Devdutta (Naina), Herry Tangri (Loki Local) to Amit Sial (Prabhat) - everyone is superb.

"Love Sex Aur Dhokha" has one factor which completely works for it - its genre which is unconventional, unprecedented and unheard of.

This is a kind of film where a filmmaker can afford to play around without worrying much about universal acceptance. That`s exactly the route that "Love Sex Aur Dhokha" takes as it is made for a very niche audience that wants something non-Bollywood.

Whatever good is happening with 'Newton' is my mom's blessings: Rajkummar

Actor Rajkummar Rao lost his mother while he was in the midst of shooting "Newton", a political black comedy which has been locked as India's official entry for the foreign language film category at Oscars.Read More

In a small film institute somewhere deep in the redneck hinterland of North India, a final year student gears up for his diploma film. In pristine tackiness, with an amateur small town cast, Rahul starts etching out the perennial themes of Great Star Studded Backlit Bollywood Love in his magnum opus…And then he falls in love with his heroine, Shruti.

Somewhere in the same city, Adarsh – the all knowing, tech savvy, never short of words, security camera agency exec – installs four security cameras in a small upcoming 24-hour departmental store franchise. Always floating bizarre scam ideas to get rich, Adarsh hits upon the idea of making a porn clip through the security cameras in the shop. He starts to woo Rashmi – the plain, pimply, dark and quiet salesgirl – almost disinterested in her… when suddenly, a shootout happens in the store! Rashmi hares around, totally in charge, and saves a life. For the first time, Adarsh notices a woman in Rashmi!

In another corner of the city, Prabhat – a misogynist sting journalist – teeters on the brink of total meltdown. Going through a divorce, about to be fired from his job, he attempts a series of failed suicides… On one of them, he meets Naina who is also trying to commit suicide – she had been promised a music video by Loki Local, India’s reigning Bhangra Hip Hop star… she slept with him for the same but the video finally went to a Russian blonde. Prabhat can see the sting right in front of his eyes! Prabhat and Naina come closer over a series of attempts to seduce, blackmail, threaten Loki. They plan the final sting where Loki will be caught on tape trying to buy footage of his indiscretions. 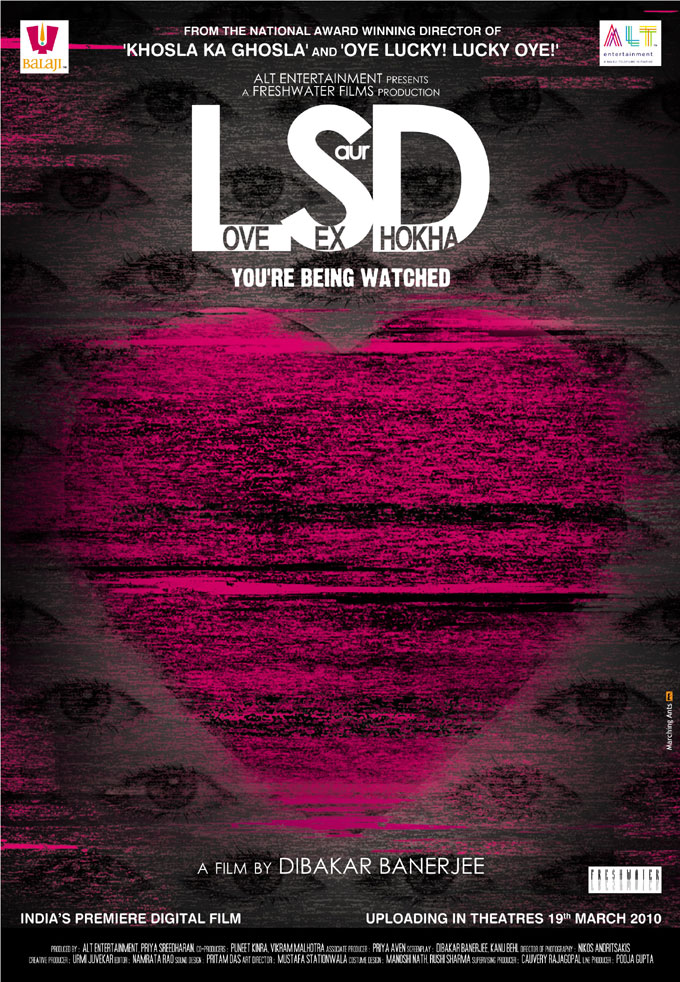 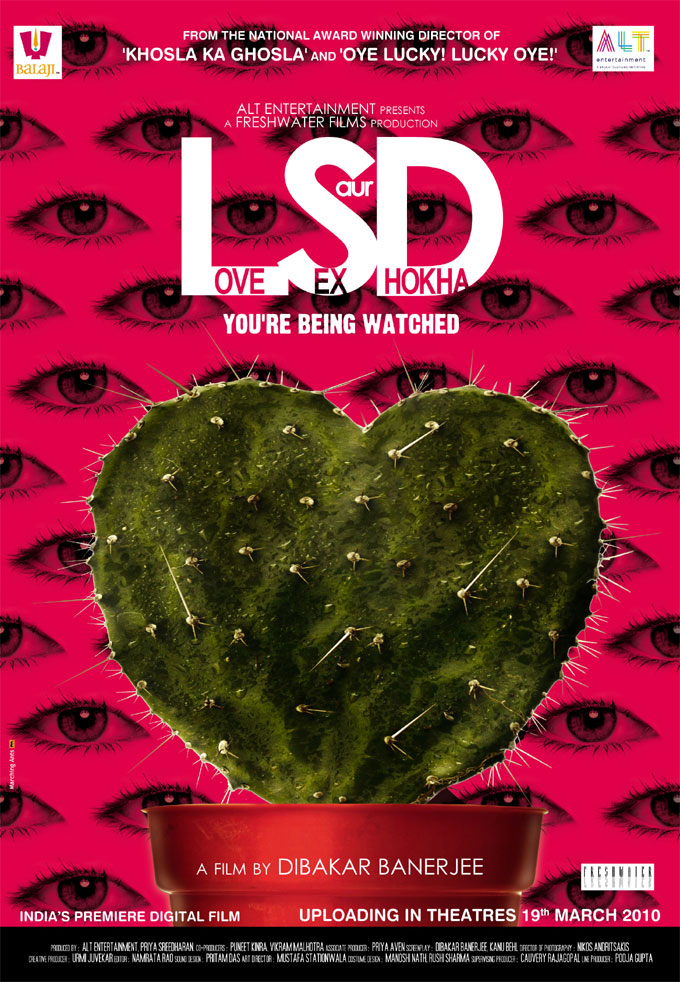 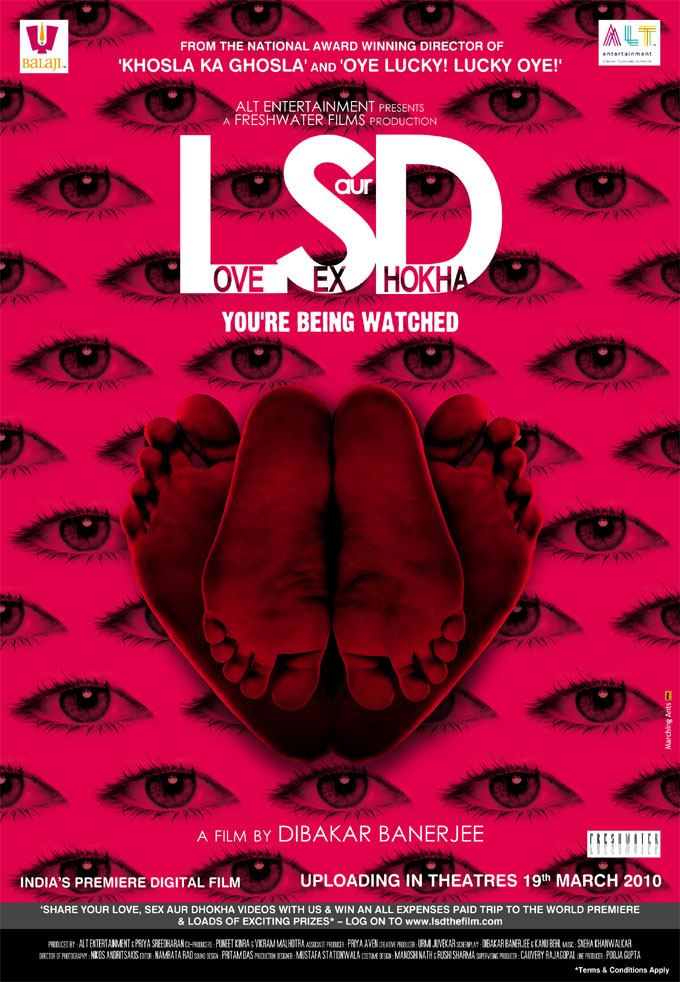 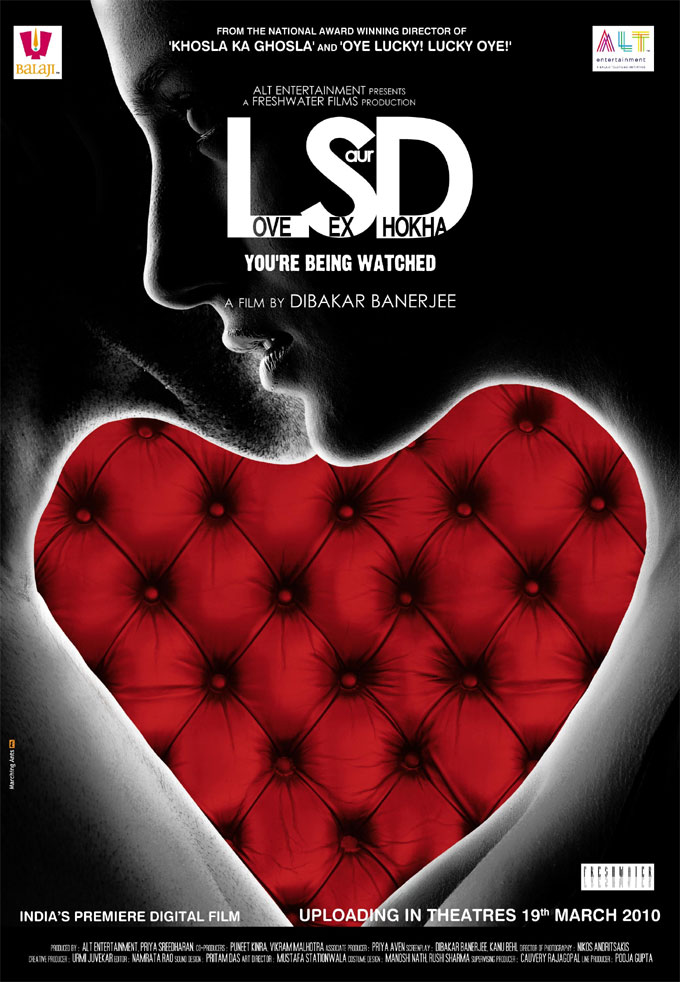