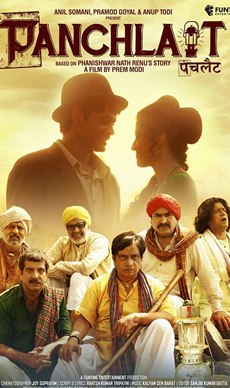 This film is based on the famous short story, ‘Panchlight' (Petromax) by the most successful and influential writers of modern Hindi literature in the post-Premchand era, Phanishwar Nath ‘Renu'. His other short story, "Maare Gaye Gulfam" was adapted into a film - "Teesri Kasam" which was directed by the renowned Basu Bhattacharya in 1966.

Set in 1954 in a village in India and narrated in a non-linear manner, the film gives us an insight into the lives of the people of rural India. It is the story of a village community called Mahato that still has no electricity.

The self-assured and recently orphaned, Godhan (Amitosh Nagpal) returns to his maternal village with the hope of settling down with his childhood sweetheart Munri (Anuradha Mukherjee). Instead he soon finds himself ostracised, by the Panchayat. How he wins the heart of the villagers forms the crux of the tale.

The pressurised paraffin lamp aka Petromax is used as a symbol to show the transition of the villagers from darkness to light.

The story is simple and the plot is astutely handled by director Prem Prakash Modi. The dialect at times is a bit disconcerting, but then 10 minutes into the run-time, the wrinkles crease out.

What keeps you hooked are the interactions between the characters, which seem theatrical at times. While the actors are natural, their demeanour may seem a bit over the top, this is probably to emphasise the period.

Amitosh Nagpal as Godham and Anuradha Mukherjee as Munri are impressive. They make a good pair and their on-screen chemistry is palpable. They are aptly supported by Nayana Bandopadhyay as Munri's friend Kaneli, Punit Tiwari as Nandji, Malini Sengupta as Gulri Kaki, Yashpal Sharma as the Sarpanch, Iqbal Sultan as one of the panch who calls himself collector.

Visually the look in the film is quite consistent. Every frame is well mounted. The virgin locales are brilliantly captured by cinematographer Joy Supratim's lens. The few vivid scenic shots canned by the wide angel lens give this film that extra cinematic boost. They add an aura to the narrative.

The background score by Kalyan Sen Barat is light and mellifluous. The music is well incorporated especially with Godham being musically inclined. Breaking into a song seems like a natural process in the narration.

Overall this film is sweet, meticulously crafted but a bit outdated drama in today's scenario.

Story begins in the fifth or sixth decade of the 20th century in a small village of North India. Electricity has not lit it up till now. The village, far from the show-offs of modernism, stands engrossed in its own little sorrows and joys. It is a small world by itself within the large one. As a matter of fact, it could be any village in any remote corner of India. So many villages are still submerged in the darkness of illiteracy and reeling under the tugs of the castism war. Our village, like many others, is just another village of North India

One of the tolas, the separate communities of the village, is having a celebration today. The people of Mahato tola are bustling with enthuse. The womenfolk are preparing for the rituals. The singer’s troop is practicing their kirtan, the devotional songs of Krishna, the lover god. The halwais, the local confectioners, are making all the varieties of sweets. The people of the other tolas, like the Brahmins and the Rajputs, are confused and frustrated. What are the Mahatos up to? Where are their chiefs gone since morning?

The men return. The chhadidaar, the secretary of the tola, is carrying a decorated basket on his head, in which lies the secret of their happiness. Right now, the secret is wrapped in paper. But everyone is happy about the fact that today they have equaled all the other tolas. They avoid everybody’s queries and curiosities and reach the chaupaal with grave secrecy.
The packing is opened. Everyone looks with eyes wide open. Their dream has come true today. Now their panchayat, the governing body of their tola, too has its own panchlight. The people of the other tolas will no longer be able to make fun of them. Now they have their own panchlight a petromax lamp but at the chaupaal, everyone is sad. What happened suddenly on such a happy moment? No one in the cola knows how to light the petromax light! Find out what happens next in theatres near you. 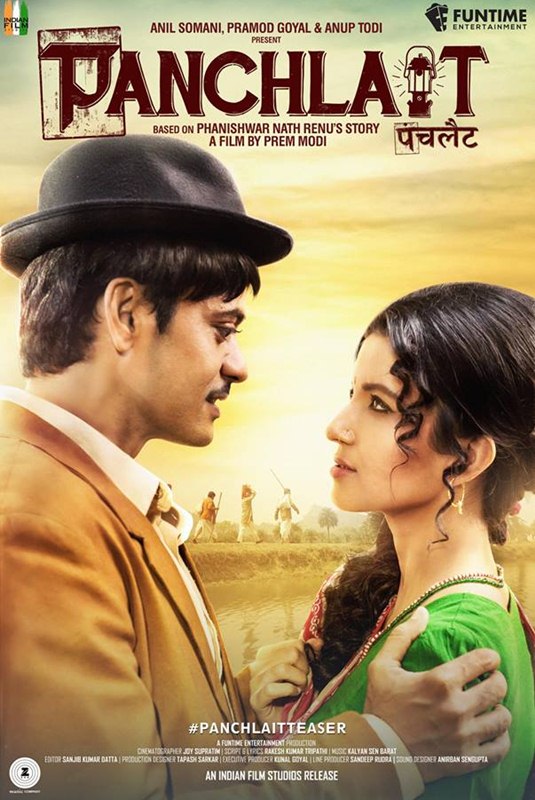 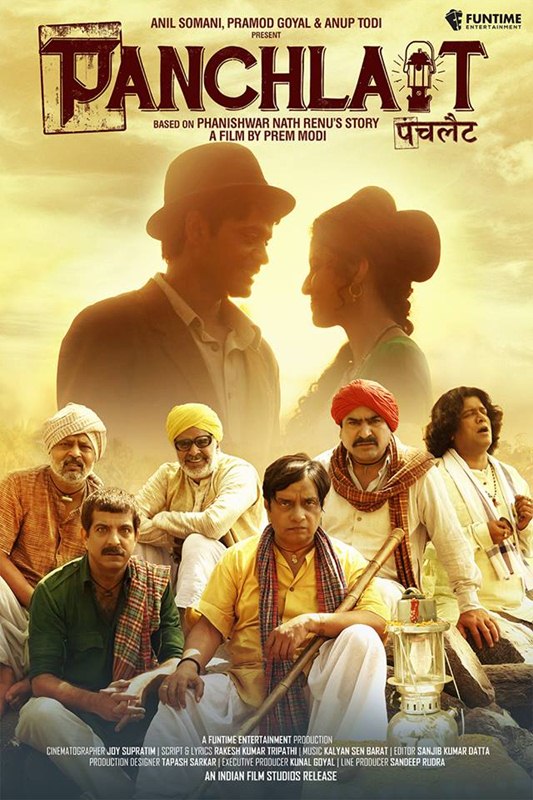