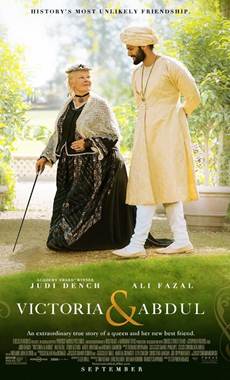 Stephen Frears' "Victoria and Abdul', is a witty telling of the unlikely bond between the aged Queen Victoria of England, the Empress of India, and a commoner, Abdul Karim, whom she appoints as her Urdu teacher and whom she fondly addresses as "Munshia.

Based on "mostly" true facts, the film is drawn from the book penned by Sharbani Basu, which was inspired by volumes of the queen's handwritten notes in Urdu and by the discovery of Abdul Karim's journals in 2010.

Charm and curiosity propels this narrative. The lead pair -- Judi Dench as Queen Victoria and Ali Fazal as Abdul Karim -- are charming and their relationship is definitely intriguing.

The tale begins in Agra in 1887, where local British officials to honour their Queen decide to send an Indian functionary to Britain to present her with a "Mohur" a ceremonial gold coin. Knowing her penchant for tall men, two local civil servants are selected. One of them is Abdul Karim.

How Abdul catches the Queen's fancy, forges a bond with her and upsets the royal sycophants of Victoria's Son Bertie, The Prince of Wales - heir of the royal throne, forms the crux of this tale.

The screenplay written by Frears and Lee Hall is dubiously wobbly as it shift gears from moody to comedy to drama. While the premise is interesting, it is Frears' light-hearted treatment of the narrative that disappoints. The disdainful manner in which the queen is initially presented, the cheap gags about the Queen's bowel movements, the lack of medal-bearing trays at Windsor Castle all add to the disillusionment.

Also the tone and taste of few dialogues are not in congruence with the time and characters of that era.

But it is how Abdul makes his favourable first impression to the Queen by ignoring the instructions of royal etiquette, his failure to disclose his marital status, his religion, and health issues that cause ripples in the evolving friendship and the vocal objections of the Queen's staff are few moments that make the film worthwhile.

With his expressive eyes, coy smile and heart-throb looks, Ali Fazal as Abdul Karim is exceptional. He portrays his part sincerely, but his character is flatly one-dimensional.

Judi Dench in widow's weeds as Queen Victoria is brilliant. She portrays the grace and earthy scorn of her complex character effortlessly. It is delightful to see her character change from a dreary old lady to a buoyant giddy-headed figurehead with girlish charm.

The duo are supported by; Tim Pigott Smith as Henry Pinseberry the head of the Royal household, Michael Gambon as the Prime Minister, reciting a litany of downbeat news to the Queen, Eddie Izzard with his gruff beard and indignant eye-brows as Bertie; all behave in a brusque high-handed manner as if participating in a spoof.

On the technical front, Alan Macdonald's production design and Consolata Boyle's costumes give a fair representation of the period which are astutely captured by Cinematographer Cohen's camera work. But with some moody, some shaky and some brilliant shots he offers a mixed bag of visuals and Thomas Newman's music subtly enhances the viewing experience.

Indian actor Ali Fazal looked dapper as he stepped out in a tuxedo for the world premiere of his film "Victoria and Abdul" at the Venice International Film Festival here with legendary actress Judi Dench. Read More

The "Victoria & Abdul" trailer features two actors representing a culturally, socially and economically imbalanced relationship. And when those two actors are the formidable Judi Dench and the relatively raw Ali Fazal, the chasm between the have and have-not, becomes more non-negotiable.Read More

The extraordinary true story of an unexpected friendship in the later years of Queen Victoria’s (Academy Award winner Judi Dench) remarkable rule. When Abdul Karim (Ali Fazal), a young clerk, travels from India to participate in the Queen’s Golden Jubilee, he is surprised to find favor with the Queen herself. As the Queen questions the constrictions of her long-held position, the two forge an unlikely and devoted alliance with a loyalty to one another that her household and inner circle all attempt to destroy. As the friendship deepens, the Queen begins to see a changing world through new eyes and joyfully reclaims her humanity. 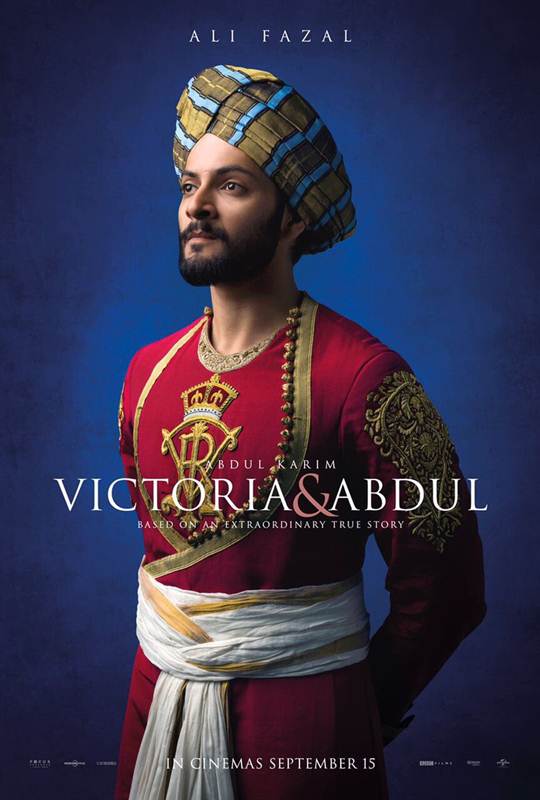 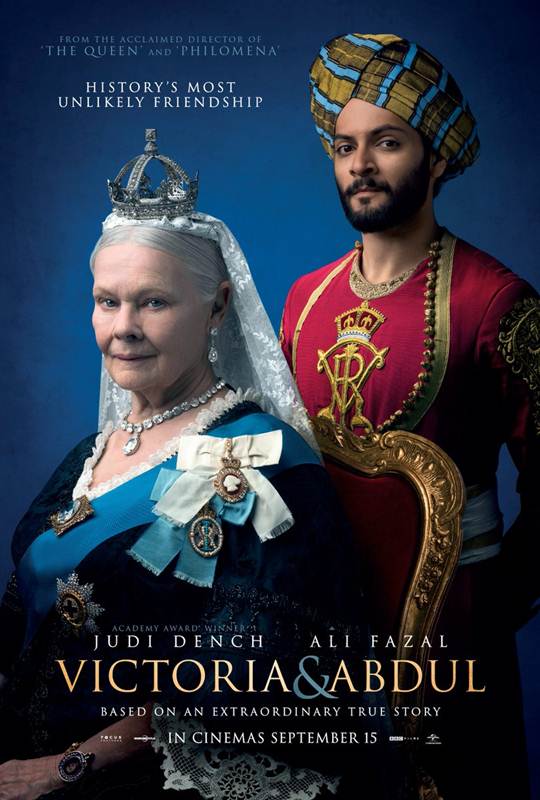 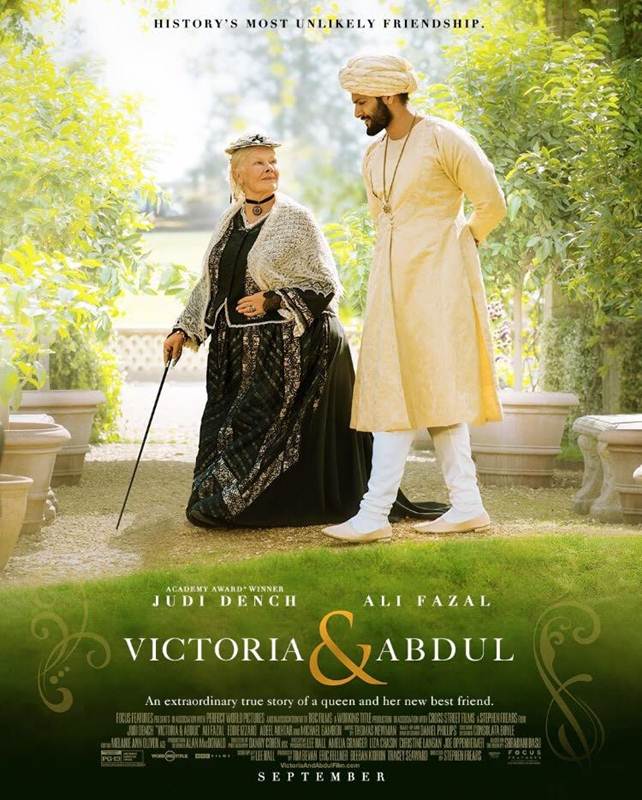