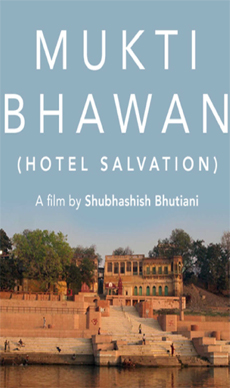 'Mukti Bhawan': A masterpiece that dares to smile at death (Review By Subhash K. Jha ; Rating: *****)

Twenty-four is too young to think about death, let alone make a melancholic meditative movie on mortality. Debutant Shubhashish Bhutiani's "Mukti Bhawan" sweeps us into a world where death is not the end but a release into a realm of imperishable freedom.

Or Moksha, if you will.

Crafted with the care of a jeweller working on a specially intricate piece, the director brings to life the most precious and vital truth about death. As he takes us, along with his two protagonists, on a journey to the holy city of death Varanasi, the film somewhere along its resplendent route to salvation, becomes a treatise on life as defined by the inevitability of death.

Like all the most important directors of the world from Satyajit Ray to Ritesh Batra, Bhutiani has a keen eye for detail. The camera of his louringly lucid lenses peers non judgmentally into the lives of a cramped middle-class family in the city where stress is a given and every family failing is finally forgiven. Curiously, no one in this family is unhappy. Yet one day, the father Daya (Lalit Behl) airily announces he wants to travel to Varanasi to... errrrr.... die.

The patriarchal declaration -- "to be ignored only at the family's own risk" -- is made with no peripheral support from conventional cinematic devices. Tajdar Junaid's wonderful background score and Manan Mittal's editing are used so sparingly as to almost seem non-existent. Technique, a fine and invaluable ally in telling a tale as tender, fragile and yet powerful as this, is not used here to aggrandise the characters' emotions. The feelings grow organically. The moments of Great Cinema creep up on us unannounced.

Perhaps what makes Bhutiani's film so great is that it doesn't strive for greatness even in its most sublime moments. The finale, when Rajiv carries his father's body through the narrow lanes of Varanasi while his daughter urges him to discard his grief and embrace the joy of life, is etched in the most crucial lines of life. We cannot miss the celebration of life even in death.

These characters don't need props to strengthen their emotional case-history. The actors merge into Bhutiani's narrative without fuss, occupying stifling spaces in Varanasi where people go to die. Mukti Bhawan in the title is a lodge where the elders check in to breathe their last. Once Daya and his overworked son Rajiv (Adil Hussain) check into Mukti Bhawan, you would expect the narrative to run its course and just wait for the end.

Bhutiani and his dialogue writer Assad Hussain keep our interest in the proceedings alive without straining to get our attention. The easygoing languorous fluency of the narrative never loses its purpose of existence. Indeed, it wouldn't be wrong to say that the film in questioning the purpose and the destination of our existence never loses its own purpose or destination.

The actors -- if we may call them that -- discard their skills to surrender themselves unconditionally to the young director's vision. Lalil Behl (last seen playing a lowdown scummy patriarch of a crime family in Athe outstanding debut film "Titli") and Adil Hussain, play with effortless energy against one another as father and son. Adil as an actor never ceases to invoke admiration for just being there without trying to impress. This is what makes his performance so impressive.

Geetanjali Kulkarni (last seen as the lawyer-housewife in that other remarkable film "Court" by another remarkable debutant Chaitanya Tamhane) subsumes all the tensions of holding up a doddering middle-class family without creating a sense of self-important drama around her personality.

Some of the film's best moments in the wispy narrative are between grandfather Lalit Behl and grand daughter Palomi Ghosh. In this relationship, we see how generations can be crossed without tripping over the looming protocol of lineage. There is an understated warmth even in the most stressful relationships in this film. There is a dignity in the squalid stretches of a death home where cries of pain pierce the night.

The family tensions are never stretched out into the narrative. Rather, the drama of disaffection in the domestic matrix is played with such subtle virility and vitality that we don't ever feel the existential pressures being applied over the character's life.

"Mukti Bhawan" is not the first exceptional film to situate its drama of dissuasion in Varanasi. We saw Neeraj Ghaywan touch heights of unassuming glory in Masaan while cruising the Holy ghats. "Mukti Bhawan" uses Varanasi as both a catalyst and a stress-buster in the overtures of mortality that human nature imposes on life to conquer its fear of death.

Though this film tells us why death need not be feared, I came away from it feeling a profound sense of melancholy. It makes us experience the final futility of life without disrespecting the art of living.

And that's no small achievement.

Touching upon the subject of salvation and faith, "Mukti Bhawan" is a promising tale of life and relationships narrated through the eyes of a devoted son.

Just like one celebrates birth where a woman goes to the hospital to deliver, this film celebrates death, where an old man goes to Mukti Bhavan, a hospice on the banks of the river Ganges in Varanasi, in the hope of attaining salvation while awaiting his final call.

The 77-year-old Daya (Lalit Behl) who is fondly addressed as Babuji, gets a premonition that his days are numbered. And, like a true Hindu, he expresses his desire to spend his last few days on the banks of the holy river.

His son Rajiv (Adil Hussain) reluctantly accompanies him, more out of duty than love.

And just like in a delivery, the audience too is subjected to the labour pains which at the end of the viewing, though sad, bring tears of joy and fulfilment.

Though there is nothing morbid about the film, the narrative is shrouded in melancholy making it a tragicomedy. Humour surfaces through the subtle, down-to-earth one liners which also double up as strong messages that questions practicality and traditions.

This is Writer-Director Shubhashish Bhutiani's maiden feature film which with moderate production budget, is astutely handled.

The writing is intensely mature and understated and the film is mounted with flourish. Each frame by cinematographers David Huwiler and Michael McSweeney, is artistically crafted, especially the indoor shots.

The characters are well-etched so much so that you are drawn to them naturally. And it is the stimulating and realistic performances that make this film a treat to watch.

Adil Hussain as Rajeev - the obedient and ever-obliging son, who is frequently on his mobile phone, torn between his father and work, is impressive. Lalit Behl as the determined Daya, who has a flair for writing poetry and spends his last days writing obituaries for fellow inmates, lives his character to the tee. The on-screen bond shared by the duo is palpable.

The others who slip into their roles with ease are; Palomi Gosh as Sunita -Rajeev's daughter, Geetanjali Kulkarni as Lata - Rajeev's wife, Navnindra Behl as Vimla an inmate of Mukti Bhavan and Anil Rastogi as Mishraji, the caretaker of Mukti Bhawan. They simply shine.

Overall, the film is simple yet profound, small yet grand. It is a unique vision that is powerful, arresting and well-executed.

A Twitter user wrote: "Actors are unique, actors are special. The term 'underrated' should not be a tool to measure the brilliance of an actor. It's embarrassing. Are my words agreeable? Adil Hussain, Sayani Gupta, Tillotama Shome, Rasika Dugal, Pankaj Tripathi."

To this, Adil replied by saying: "Underrated means -- in a market of so called Bollywood films, these actors are less bankable! Market is dictated by different set of rules, rarely have very little to do with art."

The actor, who has featured in films like "Parched" and "Mukti Bhawan", added: "Only an unprecedented, radical, cultuRead More

Mukti Bhawan (Hotel Salvation) Faced with his father's untimely and bizarre demand to go and die in the holy city of Varanasi and attain Salvation, a son is left with no choice but to embark on this journey. 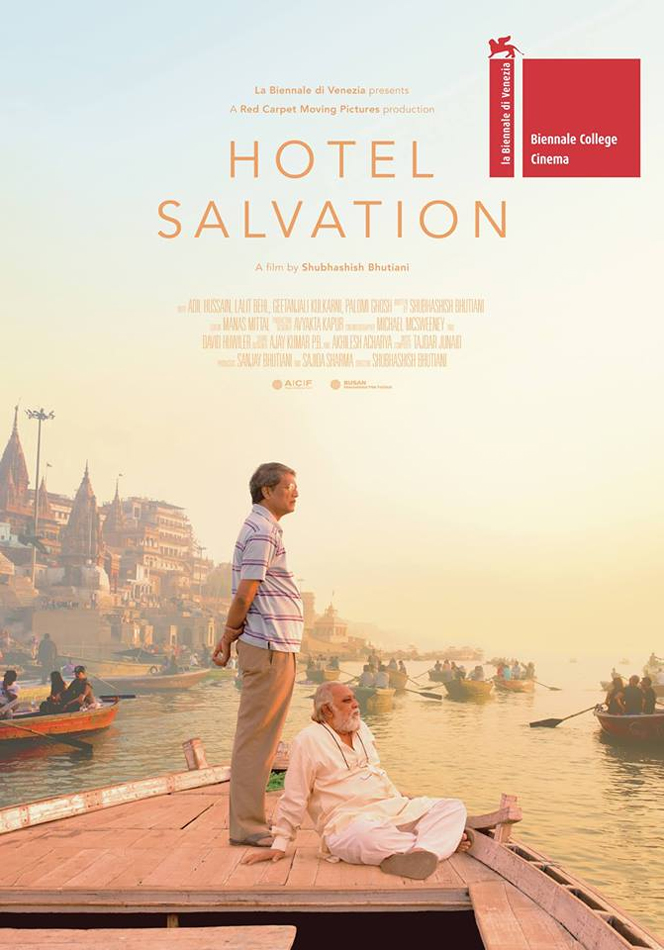