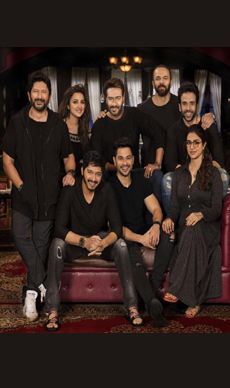 When you go to watch a Rohit Shetty film, especially the "Golmaal" series, you expect magic on screen, not logic. The magic of entertainment, albeit, sans rationality.

"Golmaal Again", the fourth of the series, is a laugh-a-minute comedy about five orphans who are brought up in the Jamnadas Orphanage in Ooty. Madhav (Arshad Warsi), Lucky (Tusshar Kapoor), Laxman (Kunal Kemmu), are constantly at loggerheads with Gopal (Ajay Devgn) and Laxman (Shreyas Talpade), as Gopal is petrified of darkness and ghosts and the three of them love to take advantage of his fears and annoy him.

He, in turn, is hot-headed and gets angry easily leading him getting involved in scuffles.

Fed up, he along with his devoted friend Laxman decide to leave the orphanage. They become two rival gangs when they grow up as they have parted ways in childhood. However, owing to a common cause of avenging the wrong done to a fellow inmate, Khushi (Parineeti Chopra) whom they are all fond of, they all get together once again. This essentially forms the crux of this two and a half hour roller-coaster ride of comedy, adventure, thrills and drama.

Narrated from the point of view of Anna Mathew (Tabu), a librarian who can see ghosts and knows these five orphans and their friend Khushi from their orphanage days, the film is revealed in a non-linear manner.

Over-the top comedy, fast-paced action sequences, colourful locales, witty dialogues replete with puns and innuendoes, spontaneous performances, are what really engage you in this over-stretched film. There is entertainment galore and the situations, though devoid of reality, evoke constant laughter.

Director Rohit Shetty succeeds in creating a make-believe fantasy world with candy floss, lots of gloss and imaginary characters once again and engages you completely.

Ajay Devgn as Gopal is his usual self and has moments when he shines, but is not outstanding. One has seen him do better. It is Shreyas Talpade as Laxman who steals the thunder from the gang with his lisp and consistently funny demeanour.

Arshad Warsi as Madhav is expectedly competent but adds nothing to his character. Kunal Kemmu as the other Laxman is a treat to watch and his energy brings alive his character on screen. Tusshar Kapoor as Lucky stands out in the scene where he is infused with Nana Patekar's spirit, else with his typical "aaaye ae ae aii ou," he is in his oft-seen avatar.

Tabu as Anna Mathew is staid and restrained, and her character does not do justice to her as an actor. Parineeti Chopra as Khushi looks pretty and fits well into the film, although she has nothing much to offer by way of histrionics. Again, it is the script perhaps which limits her.

Johnny Lever as always, is his talented and versatile self and even Vrajesh Hirjee as Cobra is an extension of his earlier character in the "Golmaal" editions.

The camaraderie and comic-timing of the actors apart, it is the writing that stands out. Whether it is punning on words, films, songs or even Nana Patekar's mimicry, the script keeps you tickled sufficiently, even though some of the situations seem trite and gimmicky. Particularly worth mentioning is the lullaby "Jamnalal Ka Nandlala, Laxman ka Gopala hai" sung by Laxman (Shreyas Talpade), which is hilarious.

The music is not extraordinary as there are lots of remixes and it is merely a deliberate attempt at giving the viewer a musical break.

Cinematographer Jomon T. John's lens capture Ooty as well as the candy floss sets with accuracy and precision, making the viewer long to be there.

The background score has been effectively used to enhance the eerie and thrilling moments in the film.

Overall, "Golmaal Again" is one of the better editions of the series. It definitely revives your interest in the franchise.

Half a star extra for this cold turkey of a comedy for not smashing expensive cars. Yes, folks. Rohit Shetty has actually made a "Golmaal" film without speeding cars crashing into one another.

And that's about the sign of maturity you will see in this franchise which seems designed for the mentally challenged.

Car crashes are the least of the worries in this, the fourth and arguably the unfunniest film in the "Golmaal" series. There are other catastrophes awaiting our attention in this stretched-out horror of a comedy...

Don't look at me. That's what this melange of comedy and horror aims to be and ends up being neither.

The writing is so frail as to be almost non-existent. From Frame 1 the narrative saturates itself with bright inviting colours in the hope that they would dazzle us into surrender and acceptance. There is, however, a quivering absence of credibility and self-control in the narration. Equipoise is non-existent in Shetty's screaming scheme of entertainment.

Throughout we see the team's desperation to get noticed. Hence Tusshar Kapoor mimicry of a mute man's monosyllabism is twice as insolent as compared to the earlier films in the farcical franchise.

Throughout this non-stop binge of vapid gags Ajay Degan remains sportingly in the shadows, blending with his co-stars' antics which include getting into Talpade's lap each night as he sings a parody version of the Lata lullaby Zu zu zu zu, with a touching team spirit that would have held him in good stead were he doing a film about, say, a football team fighting to win against all odds.

Here, Devgan's sporting spirit is sadly misused to give the film a misleading face-value.

Many other enormously talented actors like Sanjay Mishra, Sachin Khedkar, Kunal Khemu and Ashwini Kalsekar are content playing perky props in this droopy comedy-horror where it's hard to say when the comedy ends and the horror begins.

As for Tabu, as she grapples to make sense of her presence in this dull and pointless energizer, she almost looks like she was waiting for Gulzar to rescue her from a predicament worse than death.

Indeed if there is a real hero in "Golmaal Again" it is Nana Patekar who not only appears as a leading leitmotif in the ghost roast, he also makes a guest appearance in voice and person in several scenes that are in dire need of spicing up.

A bewildering blandness runs through this instalment of the "Golmaal" franchise. Not that there is any dearth of activity and counter-activity. The camera and the background score(which includes a refrain from Lata Mangeshkar's immortal Kahin deep jale kahin dil, no less) are constantly on the prowl. But in vain, it's like hunting for paper tigers in an artificial jungle.

Everything about "Golmaal Again" is compromised and corrupted. Every character speaks his lines with a growing hopelessness. One whole gag involves characters driving up to Devgan to ask what he's doing standing there.

Waiting for the script to finally show up, perhaps?

It's as if the team decided to make one more "Golmaal" film because they hadn't done so for a long time. And dammit, it's Diwali. Audiences want to watch this kind of mindless bacchanalia where just about the most interesting thing you will see is the National award winning Prakash Raj writhing and pounding his pelvis to a cheesy rhythm.

That's three National award winning actors in one helluva compromised condition that they'd find hard to explain to their children.

Actor Neil Nitin Mukesh, who played a negative role in Rohit Shetty's "Golmaal Again", says he is glad about carving a niche for himself in the negative zone.Read More 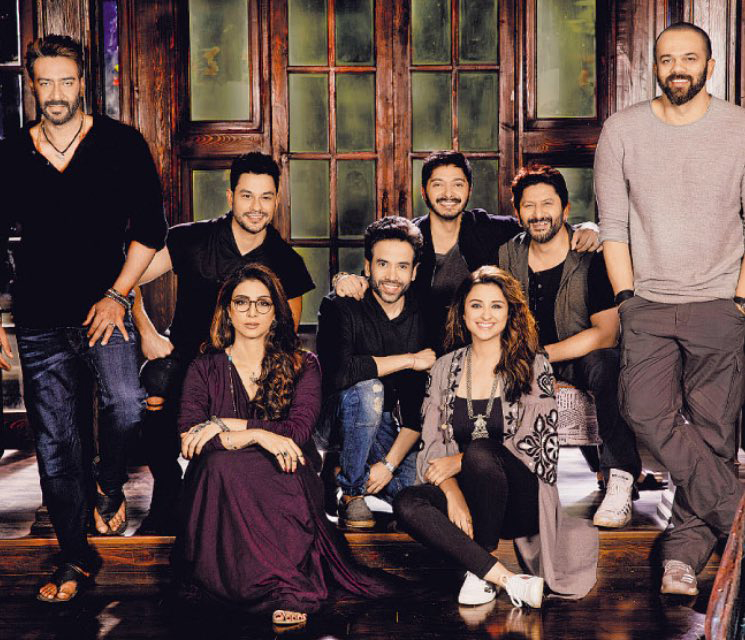 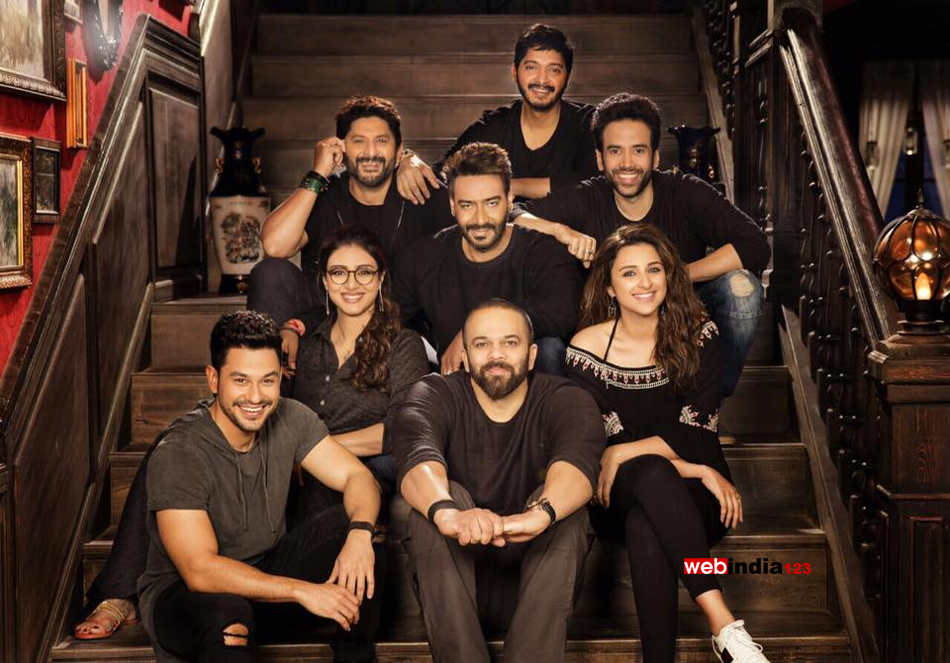 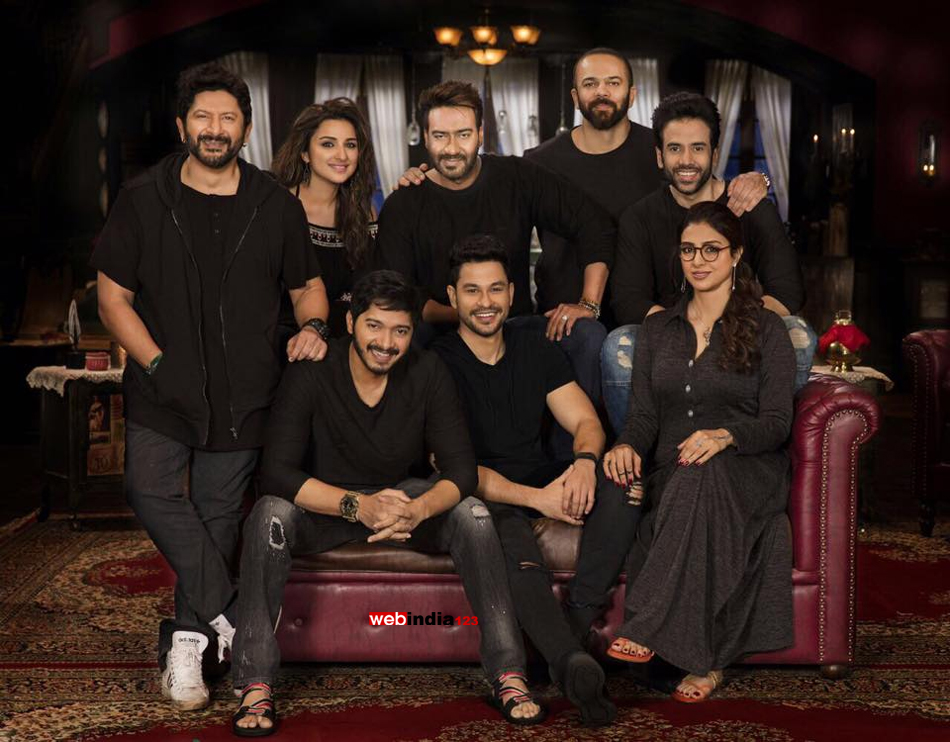 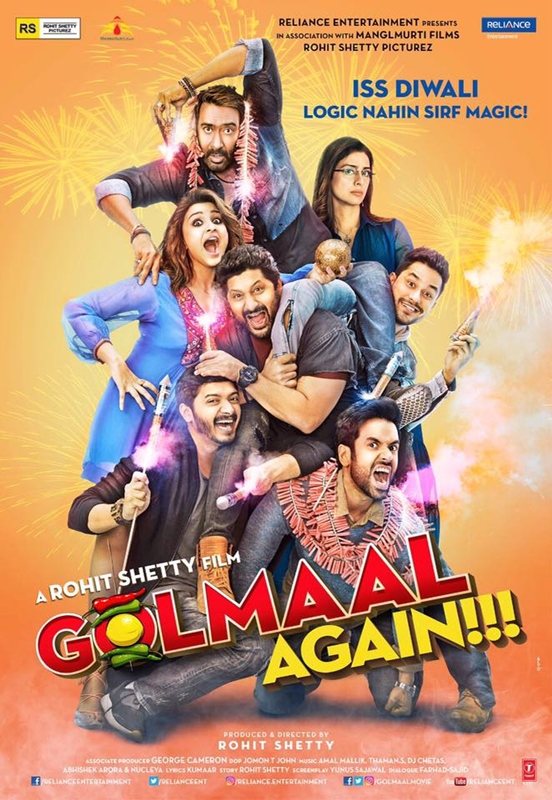 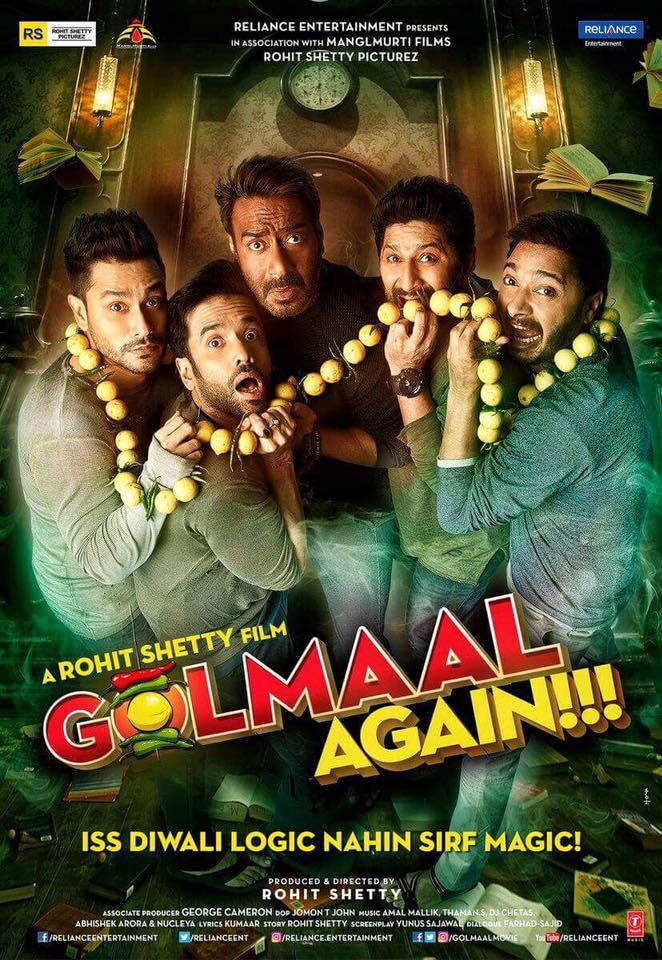