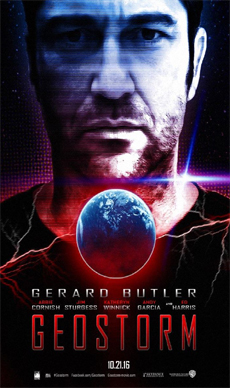 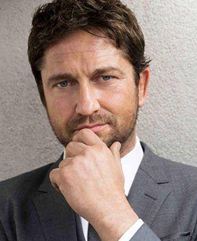 Layered with a bro-bonding drama, "Geostorm" is a fictional "save the Earth" rescue film.

Set in 2019, the plot follows Jacob Lawson (Gerard Butler) aka Jake, a maverick satellite designer who tries to save the world from a storm of epic proportions caused by the malfunctioning of a climate-controlling satellite.

The film begins with a voiceover of Hannah, Jake's daughter, explaining that ecological destruction leads to global warming. And, in response to a series of extreme natural disasters, a coalition of seventeen nations commissioned, "Dutch Boy" - a system of satellites designed to control the changing climate on a global scale.

After defusing a massive hurricane over Shanghai, Jake is reprimanded by a Senate sub-committee for activating the satellites without prior approval and is thus replaced by his own brother Max.

Three years later, Dutch Boy on the cusp of being handed over to the world at large and becoming a global property, is struck by a series of glitches caused by a computer virus. Due to its malfunctioning, Earth is under threat of a "Geostorm which is simultaneous weather disasters".

Jake is roped in for disaster control and how he along with his brother Max does the needful, forms the crux of the tale.

Though there are superb disaster clips portraying the apocalypse the narrative lacks visual tension, especially of how the people are trying to defend against it. Thus, this film will not strike high as an action-packed, disaster-rescue film.

But it works superbly as an emotional film interlinking science, religion and human behaviour, especially that of greedy politicians.

With race-against-time tension brewing between the brothers and the anxiety of little Hannah over her father being sent into space, it is touching to hear her say, "I want you to come home alive".

It is also amusing to hear Jake tell Ute Fassbinder, the captain of Dutch Boy, "Do you believe in the Hail Mary?", while escaping from the exploding satellite.

As usual, Gerard Butler slips into his character effortlessly. He nails his role as a defiant scientist, loving father and a concerned human being. He is aptly supported by Jim Sturgess as his brother Max, Alexandra Maria Lara as Ute Fassbinder, the German Space Captain of Dutch Boy, Abbie Cornish as Max's girlfriend Sarah Wilson the steely Secret Service Agent, Ed Harris as Leonard Dekkom, the aging politico and Andy Garcia as President Andrew Palma. They all deliver their parts sincerely.

Technically, the film has slick production values, but they don't rise in terms of originality. The computer generated images along with the 3D effects are slick and they merge smoothly into the live action frames.

Overall, "Geostorm" is not a masterpiece, but it definitely touches some right notes, sometimes.