THE LEGEND OF MICHAEL MISHRA

The Legend of Michael Mishra 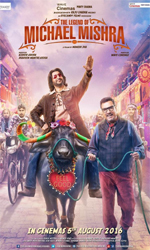 The Legend of Michael Mishra Review

'The Legend of Michael Mishra': Nothing legendary about it (Review By Troy Ribeiro, Rating: *)

In one of the early scenes of the film we are told, "Don't have an opinion about Michael, cause like time, your opinion about him will change too."

And lo behold, it surely does

The narration begins with a group of college students on an educational tour taking a break at the famed Michael Mishra's Dhaba which is off a highway, where, the purported manager, FPji (Boman Irani) volunteers to narrate the Legend of Michael Mishra to the unenthusiastic group.

The first half hour of the nearly two hour film gives you nuggets of information highlighting why Michael (Arshad Warsi) is considered a legend.

As a teenager, Michael a tailor, not by design but by accident, becomes the most sought after don in Bihar. He chances upon a young girl and falls in love with her at first sight. They hardly exchange a "hello", and the young Romeo is whisked off by the police.

Ever since then Michael has been trying to track his lady love. And years later, when they meet, she tells him to mend his ways. So our dear friend "Michael Bhai," surrenders to the police with the aim of attaining his, "paapon ka prayschit."

What follows is a case of romance going awry.

The format of the plot with Boman Irani, as the narrator of the tale, initially seems like a case of lazily crafted writing. But the discerning twist at the end putting him in perspective, is a pleasant surprise.

Apart from that, Michael Mishra's tale is far from being legendary. The narrative drags sloppily through the first half and by interval you are so disinterested in the film and its outcome.

Grudgingly, the second half picks up on a senseless note. One has to cultivate a sense of wit to absorb some illogical dialogues otherwise, humour is a distant cry.

The performances too are not worth boasting about. Arshad, otherwise a talented actor with a brilliant track record for his comic timing, as Michael lacks the bounce and spirit of a romantic. He sleepwalks through his role. His on-screen chemistry with Aditi Rao Hydari is perfunctory.

Aditi is porcelain stiff as Varsha Shukla, Michael's love interest. She makes no efforts to bring life to her character.

Kayoze Irani is sincere as Michael's lackey, Half Pant. He does bring a chuckle or two in this dramedy.

Boman Irani as the narrator "FP" has nothing much to offer.

On the technical front, the sets seem newly minted and garish. Visually, the frames are colourful and chaotic and the camerawork with haphazard and jerky camera movements, is an eyesore.

The lyrics and tone of the songs are rustic and egregious.

Overall, this film is far from a strikingly designed epic and is not worth the ticket price.

The Legend of Michael Mishra Poster 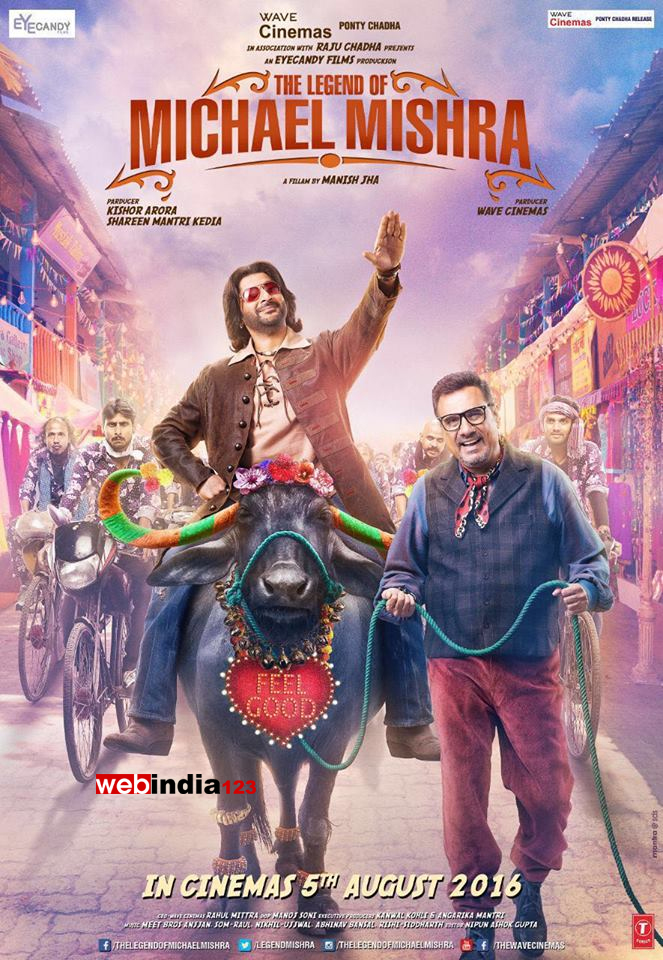 The Legend of Michael Mishra trailer

The Legend of Michael Mishra Songs