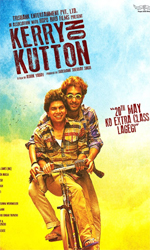 'Kerry on Kutton': Of cuss words and crassness (Review By Troy Ribeiro, Rating: *1/2)

"Kerry On Kutton" has the hangover of the "Carry On", franchise - the low budget British comedy motion pictures which were made between 1958 and 1992.

Kerry, the son of a pig breeder Lal Dhaari (Deep Raj Rana), is keen to lose his virginity and every time he makes an attempt, luck evades him. His best friend is Kadambari, the son of a bandmaster who plays at weddings.

Kadambari dreams of becoming rich by breeding purebred dogs like his idol Rakesh Chacha. But to realise his dreams, he has to steal a puppy from Bade Babu, a shopkeeper in the village.

Suraj, the school master's son, is in love with Jyoti, who is materialistic. When he fails to provide Jyoti with a touch phone, her affection shifts towards Kerry and how she manipulates the duo forms a major chunk of the narration.

Packed with action and drama, the script written by Himanshu Onkar Tripati and Ashok Yadav starts with a promise of a sleaze film, but rambles on to be a bawdy drama that is entertaining at times. The coarse dialogues are colloquial and the performances are what keeps you hooked

Satyjeet Dubey has a decent screen presence and with his highlighted and unkempt hair slips into Kerry's boots with ease. Aradhana Jagota is equally competent as the coquettish Jyoti. Her stock statement, "Bhoosa mat kato," which means don't make excuses, seems forced and cocky.

They are ably supported by the rest of the cast, which include Shivam Pradhan as Hippy Thakur the guy who supplies guns in school and Yeshwant Singh as Suraj's father, the school master.

With moderate production values the film is well-mounted. Cinematographer Sushan Prajapati's camera exploits Anjan Gajurel's production designs and the location to the fullest.

The songs have the charm of the 90s which in reality are outdated, but goes with the flavour of the narrative.

The climax ends on a high, but the denouement disappointingly concludes on a philosophical note, which is not only abrupt, but also pseudo in nature.

Overall, this film would appeal to only those who are fond of witnessing crass and crude humour.

Four teenage lives undergoing a distorted upbringing intertwine in India’s small town Baliya, also known as the city of rebels, eventually leading themselves into the dark zone of crime.
Kerry whose only ambition in life is to loose his virginity.

Kadambari who does not want to take over his family legacy of a Band Party and wants to become a millionaire by mating dogs just like Rajesh Chacha, all he has to do is steal a high breed puppy from Bade Babu and reach Rajesh Chacha. Suraj who wants to gift a touch phone to his love Jyoti but can’t because of his miser father and Jyoti who uses her beauty as a tool to blackmail her lovers to achieve her materialistic demands. 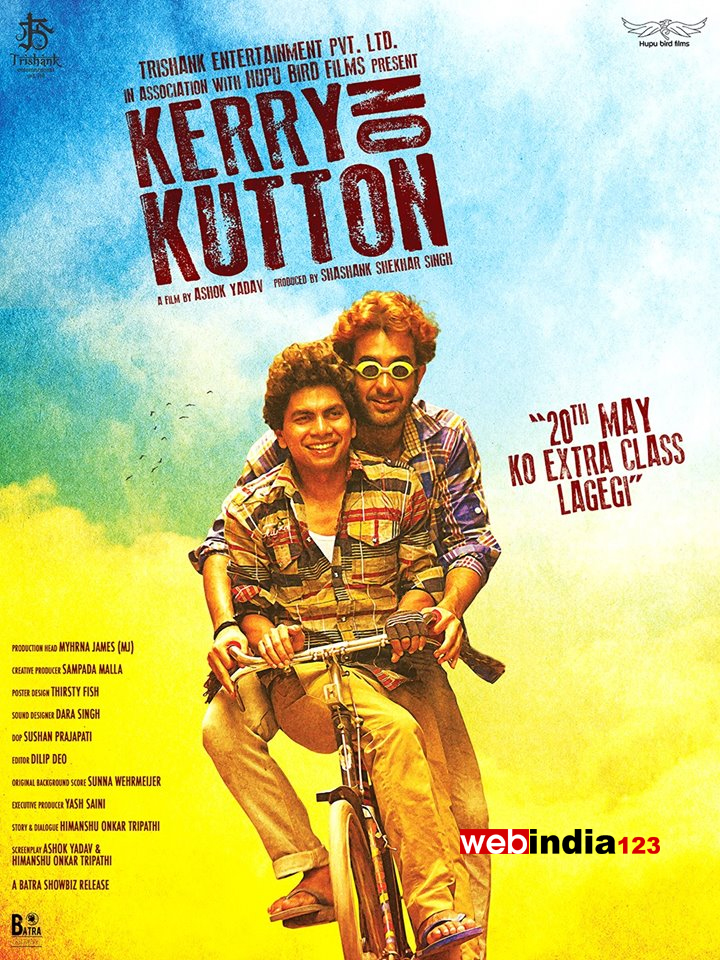 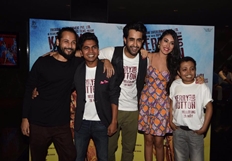